Ricky Moore joined the North Carolina Sea Grant’s advisory board in 2021. His decades of 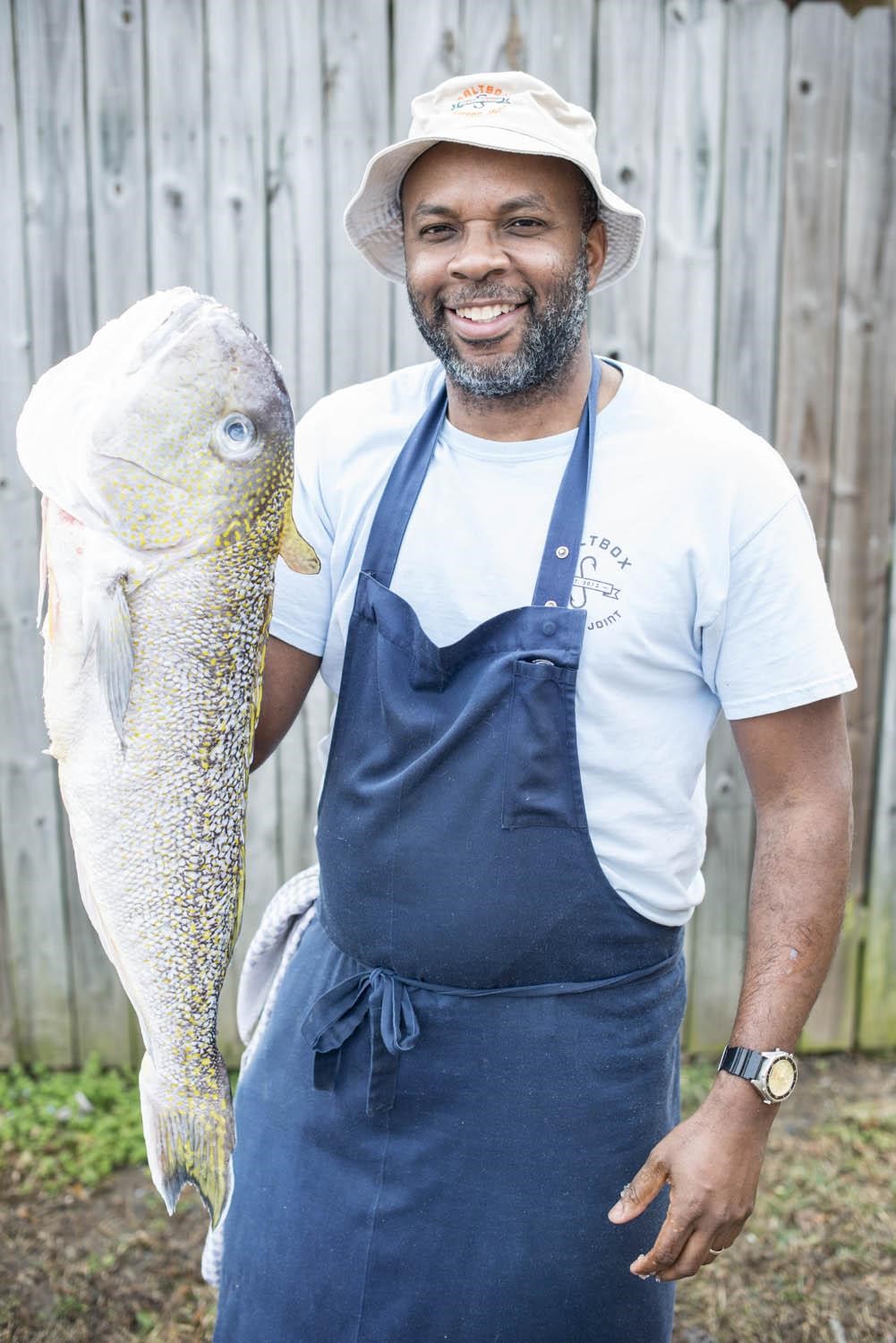 experience in the restaurant and hospitality industry led him to found Saltbox Seafood Joint in Durham, NC in 2012, where he is also its chef, with a focus on providing customers tasty meals and information about N.C. seafood.

In 2019, Moore published the Saltbox Seafood Joint Cookbook. In addition to its numerous recipes, he shares his lifelong experiences in the seafood industry, from his time as a cook in the U.S. Army to serving as a chef in restaurants across the globe and finally settling back down in his home state before opening Saltbox Seafood Joint. He has been featured in Garden & Gun, Our State, and Travel + Leisure and been nominated for and received numerous awards.

Moore is a native of NC, born and raised in New Bern. He graduated from the Culinary Institute of America and was awarded the James Beard Award for Best Chef: Southeast in 2022.