Riley Mulhern is developing a model that calculates the characteristics of households and locations with a higher chance of lead contamination in drinking water.

Mulhern, a Ph.D. candidate in the Gillings School of Global Public Health at the University of North Carolina at Chapel Hill, uses machine learning software, feeding large data sets into computers with the help of two undergraduate students. These data sets pair drinking water quality and characteristics of water utility infrastructure  with child blood-lead measurements. Mulhern’s team then can identify patterns between blood-lead occurrences in children and characteristics of their water system. 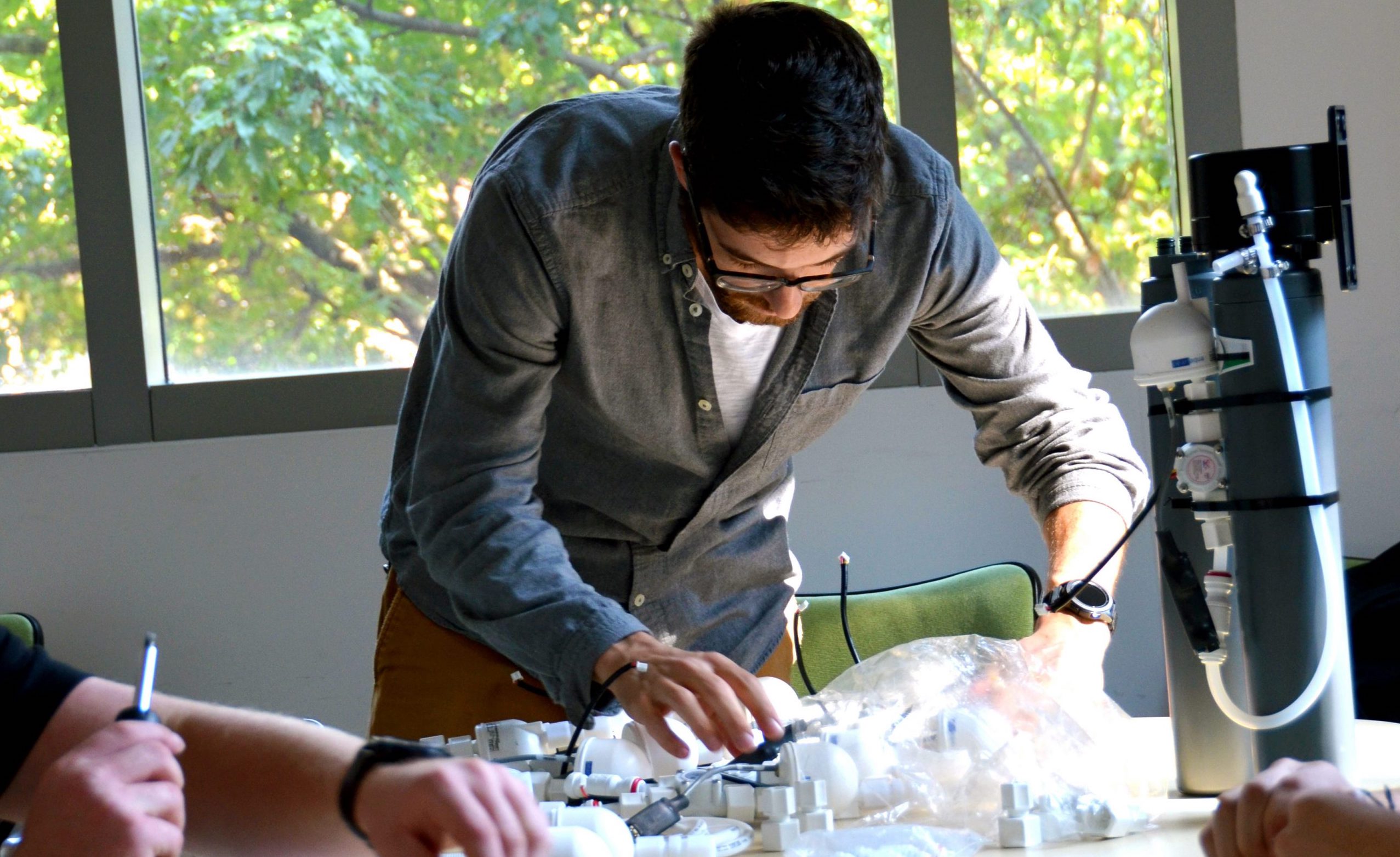 Mulhern in the lab

Low Income and African-American Neighborhoods — And Higher Levels of Lead

Mulhern’s team has found a strong association between higher levels of lead in children in Wake County and low-income and predominantly African-American neighborhoods. These results do not necessarily mean water is the only or primary source of lead exposure, because many other mediums also introduce lead to humans. However, Mulhern explains, “drinking water may be associated with low levels of chronic lead exposure that might not be detected otherwise.”

Essentially, such a scenario fails to trigger appropriate steps to remove the lead, because levels are below official detection or required action. Nonetheless, lead may accumulate in people who drink contaminated water, placing them at risk for health problems.

Ideally, when alerted, water utilities will work to improve infrastructure if necessary to reduce the risks of harmful water contaminants. However, Mulhern says, the process can be slow, and some utilities lack the finances to make necessary improvements. 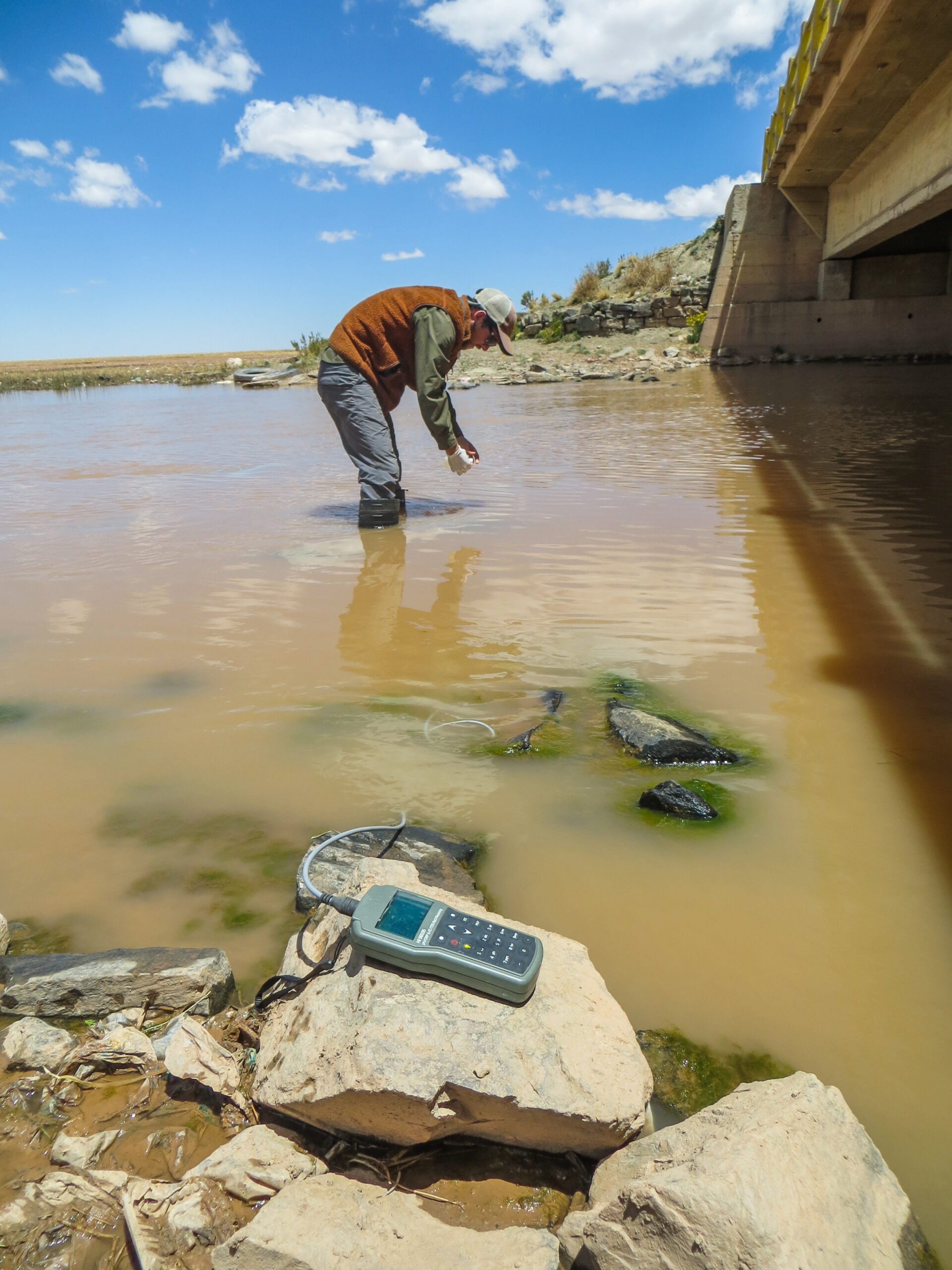 Mulhern in the field, photographed by Jhonny Terrazas

Mulhern plans to use his model in other counties, such as water utilities in southern parts of North Carolina, to understand how well the model can predict risk in other areas.

Jacqueline MacDonald Gibson, Mulhern’s advisor, has conducted research showing that people who rely on private well water are at an even higher risk. As a result, private well owners also are a focus of Mulhern’s research. Mulhern has installed water filters in 18 homes on private wells in Robeson and Orange County and has been collecting water samples from these homes regularly.

After collecting his samples, he tests for metals, organic chemicals, and microbes, such as E. coli, and viruses. Mulhern then explains his findings to his study participants.

“I do try and be very intentional in my research, with communication with every study participant to understand their water quality data,” Mulhern says. “I don’t think I do it perfectly, but to do it perfectly, I would need a whole team, because it takes a lot of time. But it’s worth it.”

Although time constraints can create pressure and stress, Mulhern finds all his field work to be a rewarding experience.

“I often get back from those field days pretty exhausted,” he says. “But somehow energized too, and that’s why I do this. I get to establish a rapport with study participants and be someone they feel they can trust, and I feel like that’s an important part of doing public health work — that people involved in the study are able to trust the researcher.” 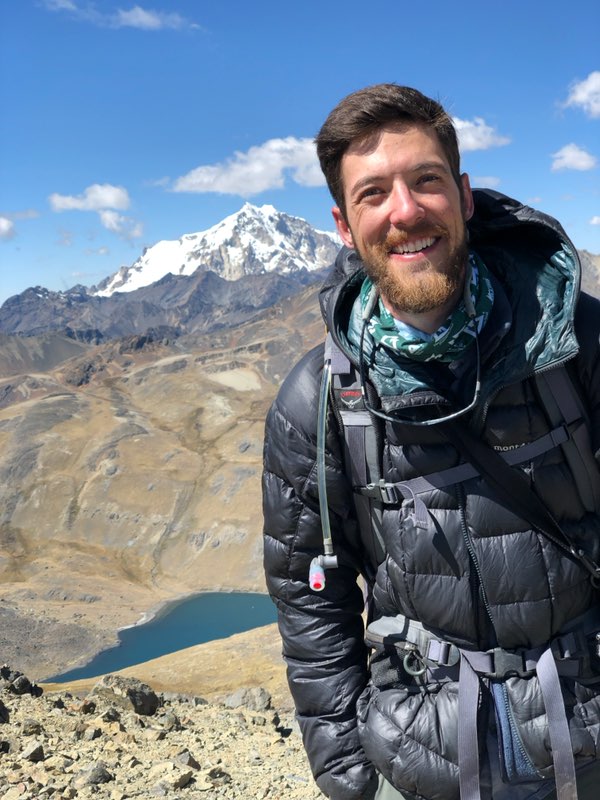 From Nicaragua to Colorado to Bolivia to North Carolina, Riley Mulhern has tested samples and researched how to keep contaminated water from vulnerable communities.

His current data suggest water filters show promise as effective tools for lead removal. However, Mulhern also hopes to learn to what extent and for how long filters might be effective in order to identify the most cost-effective solution — especially because lower-income communities are at higher risk for lead contamination. With more evidence of effectiveness, water filters could better provide protection to vulnerable communities.

Arsenic, Mining, and Water Contamination around the Globe

For six months as an undergraduate intern in Nicaragua, Mulhern worked with communities struggling with arsenic-contaminated well water, which ultimately compelled him to pursue a master’s degree in environmental engineering and water treatment at the University of Colorado Boulder.

He and his wife later lived in Bolivia for two years, and during that time, he interacted with indigenous communities whose water was contaminated from mining activities.

“There was a lot of debate and confusion about the full impacts of mining in the area and the health effects,” he says. “And so, those communities really wanted researchers to come alongside them and support them. That was another instance that really compelled me to want to do a Ph.D., in particular, because I saw the value of research as a means to accompany communities in some of these difficult circumstances.”

Mulhern also realized many of the same issues existed in America, where he felt drinking water disparity by income or race was an ongoing issue of social justice.

“It’s just satisfying being able to provide these filters to people,” Mulhern says. “It feels like a service to the community, at the same time as it is an academic pursuit. I enjoy that. Now I just need to find a way to make them sustainable, so that people continue to be provided with the service.”

Mulhern plans to continue his focus on lead contamination in water supplies, as well as on other potentially harmful chemicals that require more research and attention.

Wherever his work takes him, he says, he’s sure to continue serving vulnerable communities.