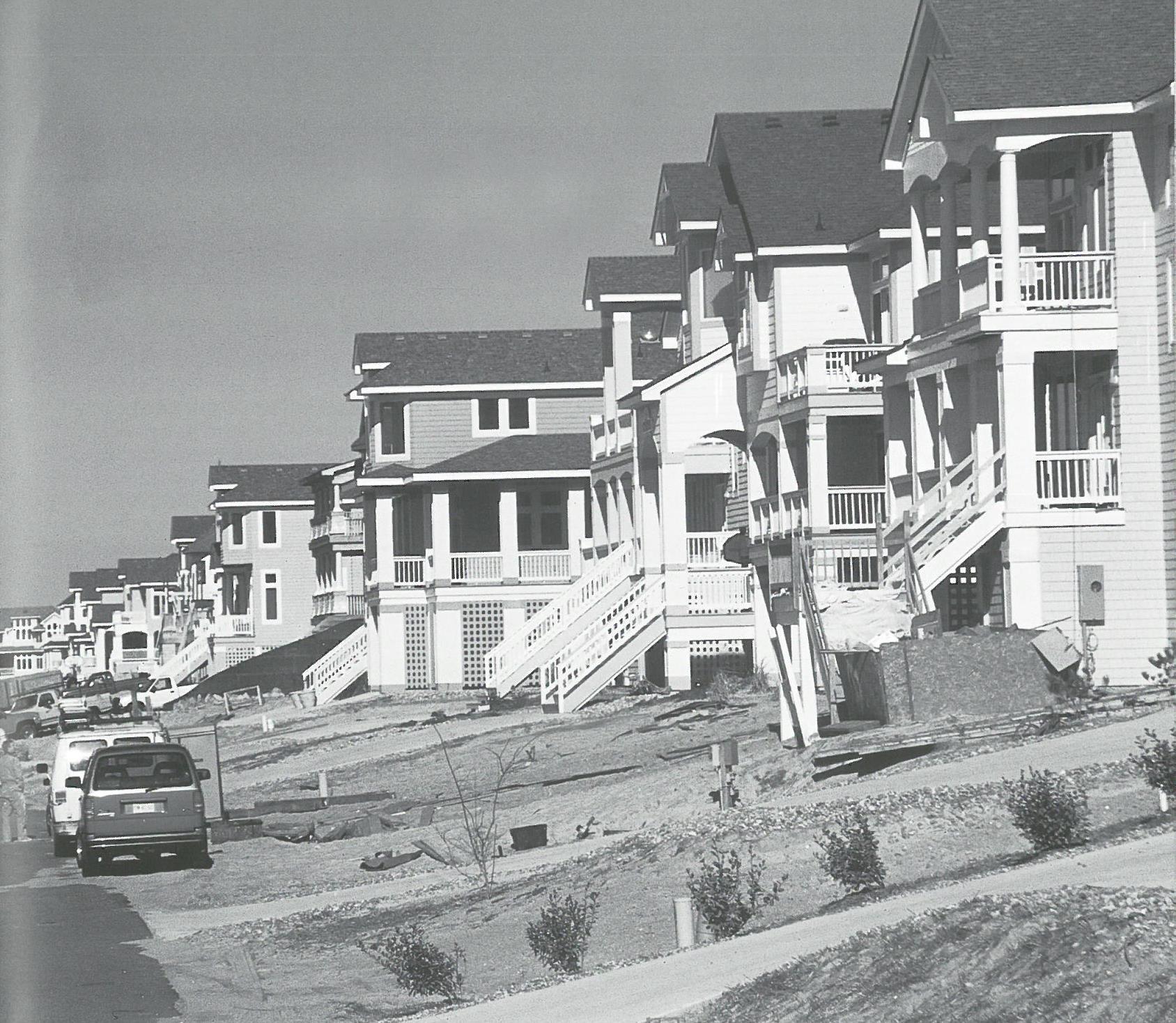 Land-use planning can help shape the future of coastal counties in North Carolina.

Statistics alone don’t tell the story of growth along the coast. Yes, Brunswick County grew by a phenomenal 43 percent between 1990 and 2000. And Currituck and New Hanover counties leaped ahead by 32 percent and 33 percent respectively.

But for James Leutze, chancellor of the University of North Carolina at Wilmington, the reality of the population boom hit home during a flight along the coast from Charleston, S.C., to Wilmington. It was shocking, he says, to see so much coastal land covered with homes, shopping centers and other commercial buildings.

The scene was riveting to Leutze, a lifelong advocate of the coastal environment. In fact, it inspired the making of Paving the American Dream: Southern Cities, Shores and Sprawl for public television. The documentary, narrated by Leutze, focuses on the environmental, economic, historic and social impact of growth along the South Atlantic seaboard from Maryland to Florida.

While the documentary lays out the ills of coastal urban sprawl — pollution, traffic congestion, loss of green space, degraded water quality, and diminished quality of life — it also explores ways to relieve pressures on coastal resources.

“In the face of growth along the coast, it’s in everyone’s interest to plan and to be thoughtful and deliberate about how we use precious coastal resources,” Leutze says. “Planning is a valuable tool to help balance economic vitality with environmental sustainability.”

Without sound planning, the very things that make the coastal communities desirable will be lost, he says. “We will have killed the proverbial goose that laid the golden egg.”

Leutze sees the 1974 Coastal Area Management Act as a display of enlightened leadership to protect the state’s coastal and marine resources.

CAMA authors created a state-local partnership giving the Coastal Resources Commission authority to require that each coastal county have a land-use plan to protect their environmental resources, explains Donna Moffitt, director of the state’s Division of Coastal Management. DCM administers the commission’s rules and regulations.

Last year, the CRC adopted revisions to land-use planning guidelines meant to streamline the process, provide more technical and financial assistance, and give local governments greater flexibility. In August, the new rules are scheduled to kick in. 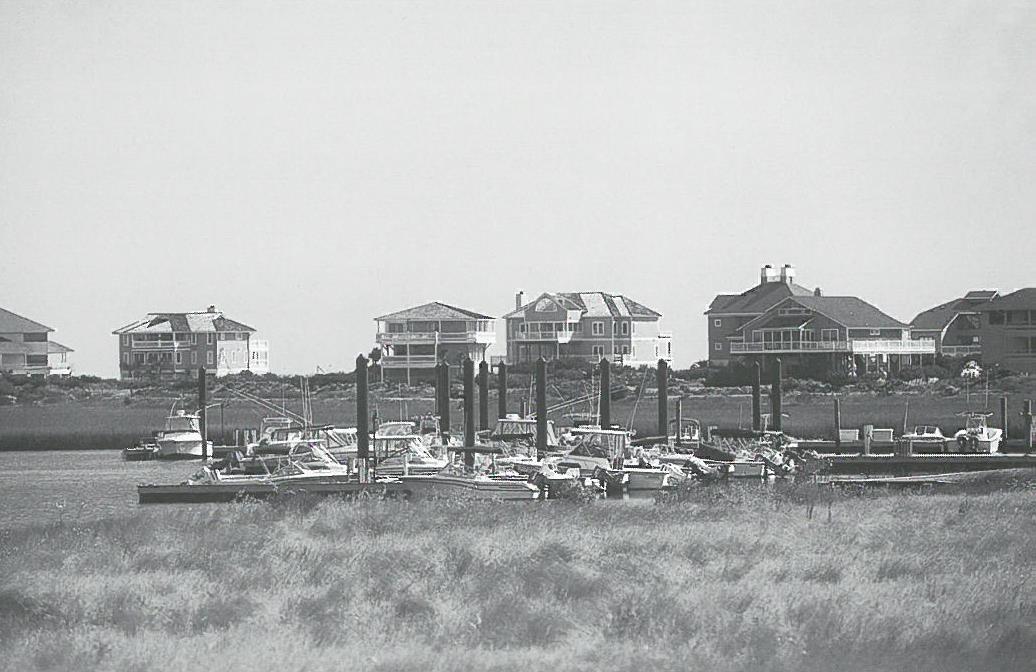 Developers are finding new ideas and strategies to balance predicted growth with quality of life.

“Land-use plans now can be better tailored to local governments’ needs,” Moffitt explains. “Clearly, it is in their best interest to create plans that help them control their own destinies. With blueprints for growth, each county or municipality can plan where they want to be and what they will look like in the future.”

The CRC guidelines provide a common format and set of issues that must be addressed in the planning process. These topics include water quality, public access, land-use compatibility, infrastructure carrying capacity, natural hazard areas and local Areas of Environmental Concern (AECs).

Though not required by CAMA, many coastal municipalities also use the guidelines to develop land-use plans. Some plan jointly with neighboring towns. Some elect to adopt their county’s plan.

Moffitt notes that for some counties and municipalities, the land-use plan is a jumping-off place for comprehensive resource management strategies or for developing local zoning ordinances.

Planning is an obvious necessity for the eight ocean-facing counties experiencing explosive growth. “They are looking to protect the very resources that attract people to their communities,” she says.

CAMA counties that are not part of the boom may look to the land-use planning process to help spur economic development. The land-suitability analysis, for example, might help identify natural resources features that could attract ecotourism.

“Part of the planning exercise is to help people think about issues in the long term,” says Courtney Hackney, CRC vice-chair and professor of marine biology at UNC-W.

Kathy Vinson, DCM planning manager, has seen a lot of changed attitudes through the years. “Fourteen years ago, eyes glazed over at the mention of land-use planning,” she recalls.

That is not to say that the rules-change proposal didn’t bring a barrage of complaints, Hackney adds. There are those who say land-use planning has no regulatory teeth. However, the state may “bite” by denying coastal development permits for any proposed project that is not consistent with the local land-use plan.

On the other hand, some critics, including the N.C. Homebuilders Association, charged that CRC had overstepped its statutory authority.

“Developers and the environment can coexist,” Hackney counters. “Bad ecology is bad economics and usually more costly if you take into account long-term water quality and quality-of-life issues.”

Getting the public involved in the planning process is a challenge, but essential. Citizen participation usually means that local plans go beyond the basic requirements. “Good local leadership is key,” Moffitt says.

In Carteret County, a citizen steering committee has been working with county officials to develop a comprehensive plan. Assisted by planning experts from the Chesapeake Group, the Carteret plan is nearing completion. Crossroads, a local environmental organization, has been providing additional citizen backing and input. The process and support could give Carteret a running start in updating its CAMA land-use plan under the new guidelines.

In Onslow County, planner Michele Bunce is being resourceful in keeping the public’s interest through the long planning process.

“From the beginning we wanted people to know that all aspects of their lives fold into wise planning,” she says. “We’ve been looking at everything that impacts their lives from flood protection to transportation needs. We try to let them know that their input is vital. This is their county. They are planning for future generations,” says Bunce. “We’re about to wrap up our stakeholder meetings and draft a plan based on their input.”

For nearly a year, Onslow citizens have been developing a comprehensive land-use plan. It will be the foundation of their CAMA plan. In fact, Onslow’s land-suitability analysis served as a pilot study for the new CRC rules.

This meant looking at how development might impact environmentally sensitive areas in the county. Hardly a sector of the 756-square-mile county is without some unique natural feature. There is the Great Sandy Run Pocosin, Hoffman Forest, Intracoastal Waterway, Bogue Sound and White Oak River.

There’s no getting around it. Much of Onslow’s history, culture and economy are tied to the water. And, land use is tied to water use. So, protecting the county’s many outstanding resource waters and shellfish waters means going beyond minimum efforts, Bunce says.

Onslow is collaborating with all municipalities in the county and Camp Lejeune on many common aspects of the comprehensive plan. Shared borders mean shared responsibility for protecting shared resources.

The planning process is an exercise that will produce important data for many uses, Bunce points out. The county and collaborating communities will use the data to prepare comprehensive stormwater management plans required by the U.S. Environmental Protection Agency.

“We all know that we are going to have to take a proactive planning approach and look for new methods of doing things because of new population pressures,” says Bunce.

But Leutze knows that new ideas may not be embraced — even in otherwise progressive New Hanover County. A proposal to build a mixed-use development in the Middle Sound area caused more than just a little furor. Residents of a nearby subdivision held fast to a “not in my backyard” position. And Leutze came under attack for supporting the “smart growth” model designed to control suburban sprawl and growing traffic woes. 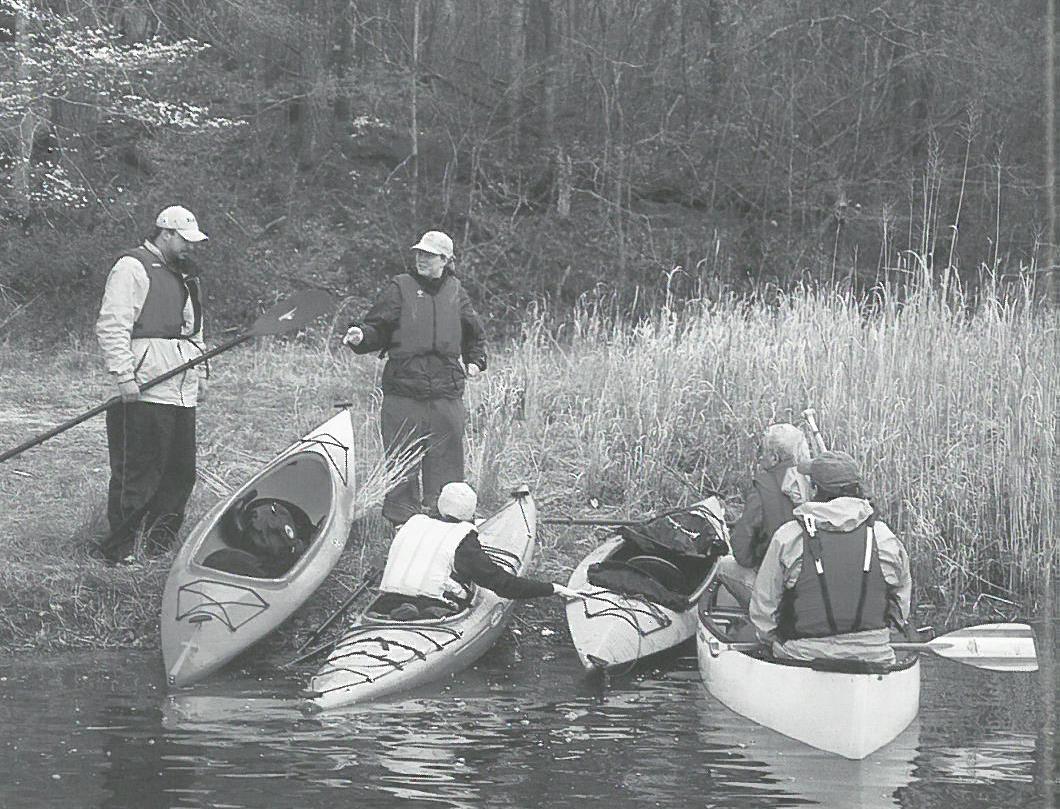 An abundance of clean rivers, streams and estuaries attract thousands of recreational paddlers to the state each year, contributing to a lucrative ecotourism industry.

Some residents demanded to know what right Leutze has to support such a proposal. After all, he doesn’t live in their neighborhood.

The confrontation demonstrates a need to raise awareness of how “new urbanism” can fit into land-use planning for coastal counties. It also demonstrates a necessity to show that good planning is everyone’s business, says Leutze.

“Public and private interests need not be at odds. We all have a stake in the wise use of resources. It’s in everyone’s interest to help preserve water quality,” he says.

Surprisingly, the city council turned down the proposal — even though both the City of Wilmington and New Hanover County planning boards had recently adopted mixed-use zoning policies. What’s more, the dissenting citizens didn’t have to travel far to see a budding smart-growth community.

In nearby Brunswick County, Buddy Milliken is developing the Village of Woodsong, a mixed-use subdivison, near Shallotte. Its conservation design was guided by landscape architect Nancy White from North Carolina State University’s College of Design.

White writes about Woodsong’s innovations in a forthcoming publication Protecting Estuarine Water Quality Through Design. In it, White describes other landscape strategies that are compatible with — or go beyond — CAMA land-use goals and objectives. The guidebook is part of The Soundfront Series, produced by North Carolina Sea Grant in collaboration with DCM and the NC State College of Design. It is meant to help property owners, developers and planners reach sustainable development goals.

Meanwhile, Moffitt is encouraged by feedback from citizens and local officials from CAMA counties involved in land-use planning.

The rules require rigorous land-suitability analysis and establishing management objectives to guide local policies. Local governments will be able to use the analysis to meet requirements for other planning programs, such as the EPA Phase II Stormwater Management Plan.

“I see a level of sophistication in counties that have been doing serious land-use planning,” Moffitt says.

“CAMA counties are far and away better off than same-sized counties in other parts of the state not required to do land-use plans. Their skills are much better, and they have a better sense of self and community. In the long run, the well-being of our counties is at stake. Good land-use planning goes directly to the health, safety and welfare of the community.”

Copies of Paving the American Dream are available from UNC-W. The documentary is the centerpiece of a Web site developed as an educator’s resource on smart growth. Call 910-962-2650 for additional information.

For information about land-use planning in CAMA counties, go online to www.nccoastalmanagement.net.

This article was published in the High Season 2002 issue of Coastwatch.