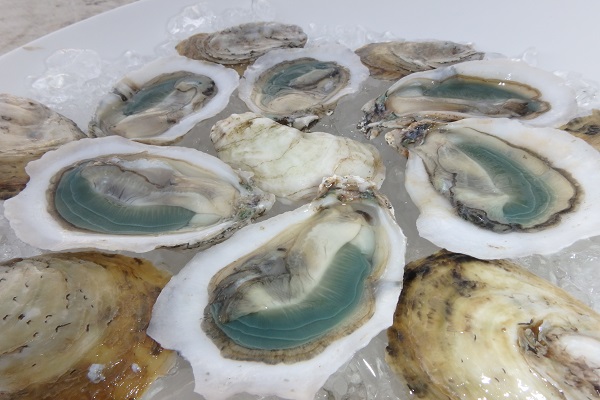 Media stories often cite Sandbar Oyster Company as an unlikely partnership between a scientist and a fisherman — a successful duo not only in the half-shell market, but also in ecological restoration.

“He’s not my normal consideration of what a scientist would be like.” That’s how fisherman David Cessna, better known simply as Clammerhead, describes Niels Lindquist in a WRAL-TV story.

A closer look reveals the collaboration is not so surprising. A few years back, they were part of an applied research team studying N.C. fisheries and habitats. Administered by North Carolina Sea Grant, those research projects required one or more partners from the fishing industry.

“We had many days working together on the water,” recalls Lindquist, who teaches at the Institute of Marine Sciences of the University of North Carolina at Chapel Hill. “What started as general conversations evolved into deeper discussion and debate, and ultimately to a greater understanding of — and trust in — each other’s knowledge of North Carolina oysters and our particular skills within the team.”

John Fear, Sea Grant deputy director, says their partnership and the resulting new company achieve a broader goal of collaborative research. “Local knowledge, including intuition of those who work the water, has value alongside the scientific process of gathering and analyzing data,” he explains.

Lindquist and Cessna were on a team looking at oyster enemies — carbonate-boring sponges that rapidly colonize on marl, a material traditionally used in reef restoration. The invaders can make marl, and even natural oyster-shell reefs, launching points to spread to nearby natural reefs. 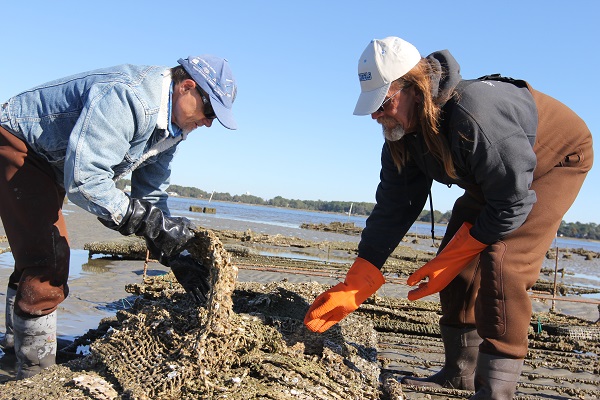 Cessna and Lindquist’s long-running discussions ultimately turned into a business plan, with their company name taken from the sandbars offering growing opportunities. They became entrepreneurs as they grew an idea — to test a novel material as the basis for oyster aquaculture, habitat restoration and living shorelines.

The new, biodegradable substrate is especially resilient during early reef formation, they note. It succeeds in varied locations: under docks, on sandbars and in shoreline-protection projects. Critically, the material does not provide refuge for oyster enemies, like the boring sponges.

Leveraged funding from UNC-CH and other sources has fostered growth. In June 2016, Sandbar Oyster Company was one of five startups to receive funding and business mentors through a competition hosted by the NC IDEA Foundation.

With a patent pending, Lindquist and Cessna continue working with university and community partners.

Steve Murphey of the N.C. Division of Marine Fisheries notes the agency has tested the new substrate, to evaluate its ability to lure oyster larvae to settle and grow. The substrate, with the seed oysters attached, then can be moved to restoration locations. Demonstration projects focusing on salinity also will help in selecting new restoration sites, he adds. 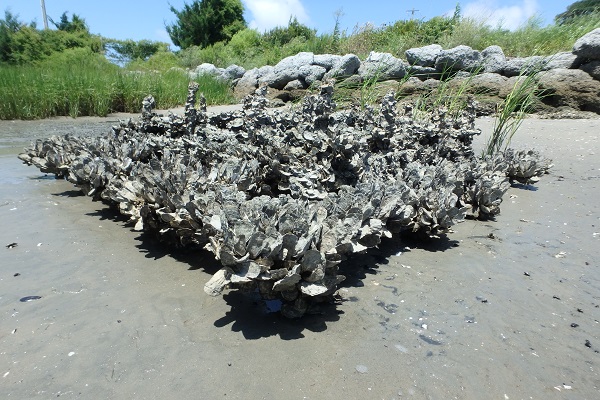 Lindquist continues in his university role, mentoring graduate students. He also has partnered with the N.C. Division of Coastal Management, Sea Grant and N.C. Coastal Federation on research proposals, fieldwork and data analysis. Cessna has added new duties, including representing the business at research and culinary meetings along the East Coast.

“There is a potentially big economic opportunity here that’s been laying there waiting for someone to do something with it,” Lindquist adds.

Consumers’ demand for variety plays a big factor. “It’s opening the door for the green gill as a unique oyster on the North American market. The oyster is turning their heads to Eastern North Carolina and what else the area has to offer,” he continues. Currently, Sandbar markets its oysters under the names Atlantic Emerald from the lower North River estuary and American Jade, grown along Jarrett Bay.

“It’s beautiful. The flavor is spectacular,” says Chef Joshua Whigham, head of research and development for ThinkFoodGroup, of the Atlantic Emerald oyster. He also praises the uniqueness of its color and the responsible way in which these oysters are being grown.

Whigham is interested in offering these oysters in some restaurants run by Chef José Andrés. Andrés is an internationally recognized chef, with restaurants in Washington D.C., Las Vegas and Los Angeles, as well as overseas in Puerto Rico and Mexico.

“North Carolina Sea Grant is proud to have provided early and ongoing research funding for projects that spurred this startup highlighting the value of oysters as human food and as habitat engineers,” Fear notes.

“Equally important, Niels and Clammerhead have created a lasting partnership with economic and policy impacts.”

A version of this story was published on the National Sea Grant website.