It’s All in the Delivery

March 3, 2016: We are at capacity. To get on the waitlist, email Jennifer Dorton at dortonj@uncw.edu.

A documentary filmmaker and a leader in citizen science are among experts who will offer their wisdom to help graduate students convey the stories within — and the impacts of — research projects.

“Conveying Your Message,” North Carolina Sea Grant’s graduate student training symposium, will be held April 6 and 7 at the New Bern Riverfront Convention Center. The sessions will feature developing communication skills, with a focus on real-world contexts including interview preparation and grant writing.

“We are already seeing registration from across the state,” notes John Fear, deputy director for Sea Grant as well as the state’s Water Resources Research Institute. “We realized these skills are needed not only by the students we are funding, but also by many others.”

The symposium is free. Registration is required and will be limited by space capacity. The agenda and registration details can be found at ncseagrant.ncsu.edu/grad_comm.

Some travel scholarships are available. For sponsorship and other information, contact Fear at jmfear@ncsu.edu. 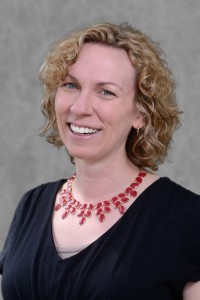 The program opens on April 6 with Holly Menninger, who leads public science efforts in the NC State University College of Sciences. She will focus on communicating and connecting with your audience, including the basics of an elevator speech.

Menninger obtained her doctorate in biological sciences at the University of Maryland, and has worked in public affairs for the American Institute of Biological Sciences, as well as in extension and natural resource management at Cornell University. Catch her latest news and events by following her on Twitter: @DrHolly.

The April 7 sessions will focus on creative communication strategies and audiences. 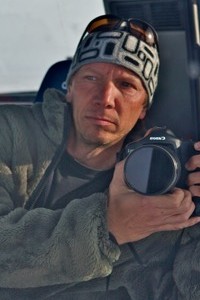 Documentarian Art Howard will deliver the keynote address. He will challenge the students to explain why their research matters, not just how they achieved results. His Beneath the Blue documentary captures deep-sea exploration in the Atlantic Ocean. Developed in conjunction with the N.C. Museum of Natural Sciences, the Telly Award-winning film is a permanent exhibit at the museum.

His projects include working with the Global Foundation for Ocean Exploration to document the science below the ocean’s surface, putting Howard at sea three to six months a year. View this work on the NOAA Ship Okeanos Explorer website.

Pathways to the Abyss, a production for the Bureau of Ocean and Energy Management, was recognized in 2015 by U.S. Interior Secretary Sally Jewell for Outstanding Collaboration and Science Education.

Howard also owns the multimedia production company ARTWORK Inc. His many honors include an IRIS award, a Robert Kennedy Journalism award, an Emmy from the National Academy of Television Arts and Sciences, and recognition from the Council of Advancement and Support of Education. His varied topics include the Gulf War, destructive hurricanes and tornadoes, scientific treks to the South Pole, and global climate change. For more about his latest or upcoming projects, follow him on Twitter: @ALHphoto.

Kerry Irish heads communications for the University of North Carolina at Chapel Hill’s Institute of Marine Sciences in Morehead City. Irish began graduate work in cetacean conservation research — such as whales and dolphins — at the University of British Columbia, but then switched paths from “scientist” to “science communicator.” She has held communication positions for the Monterey Bay National Marine Sanctuary, University of Hawaii Sea Grant and the Papahanaumokuakea Marine National Monument. Follow her on Twitter: @kerry_irish.

Joining Irish is colleague Mary Lide Parker, writer and videographer at the University of North Carolina at Chapel Hill’s research office. Follow her on Twitter: @marylideparker.

Their session will focus on leveraging social media for professional branding.

Pam Whitlock is a research consultant and former director of sponsored programs at the University of North Carolina at Wilmington. There, Whitlock was involved in initiatives to streamline research administration across the UNC system. She also has presented on research management topics for more than 20 years. Since retiring from UNCW, she continues to teach, mentor and consult with smaller institutions. She remains a certified research administrator — and recently received the National Council of Research Administrator’s Outstanding Achievement Award. She will speak about the basics of grant writing.

Deb Wojcik is the associate director for counseling, training and programs at Duke University’s Nicholas School of the Environment. A former member of the Duke Environmental Leadership staff, she holds a doctorate in tropical conservation and development. Wojcik also previously was at the Emmet Interdisciplinary Program in Environment and Resources at Stanford University. There she advised and developed programs for graduate students and worked with a consortium of business sustainability education programs. She will provide tips on presenting yourself — and steps to nailing an interview.

Also, colleagues from the N.C. Museum of Natural Sciences will share a panel focusing on serving varied audiences and the overall importance of outreach.

Katey Ahmann heads the Featured Experiences program at the museum, where she has been since 1996. Her varied duties include overseeing science cafés, educational events, on-floor visitor programs and a town hall series. She is a former staff member of the Museum of Life and Sciences in Durham.

Brian Malow, known as the science comedian, served as a media producer and first curator of the SECU Daily Planet at the museum in downtown Raleigh. Malow also has produced science videos for zine’s website, blogged for Scientific American, and has been featured on The Late, Late Show with Craig Ferguson. He also has been profiled in Nature, the San Francisco Chronicle, The Washington Post and The New York Times. Follow him on Twitter: @sciencecomedian.

For more about the Institute of Marine Sciences in Morehead City, a research laboratory, teaching, outreach and service unit of UNC-Chapel Hill, go to ims.unc.edu or follow on Twitter: @UNCims.

The Nicholas School’s Career and Professional Development Center provides a variety of services to link students with potential employers and other professional opportunities. To learn more, visit nicholas.duke.edu/career, or follow on Twitter: @DukeEnvironment.

The N.C. Museum of Natural Sciences in downtown Raleigh offers a variety of engagement opportunities in research, education and citizen science. Learn more at naturalsciences.org, or follow on Twitter: @naturalsciences. The museum will host the Citizen Science Association’s international meeting in February 2017.

For more about ARTWORK, including portfolios of Art Howard’s work, visit arthowardphotography.com.