Aquaculture: Science Working for the Economy

Just in time for #FlashbackFriday, we had a request for an update on Carolina Mariculture, which was featured in a story by Pam Smith that ran in Coastwatch magazine’s Holiday 2012 issue. So, here’s the updated excerpt that highlights how research partnerships continue to boost North Carolina’s oyster industry. 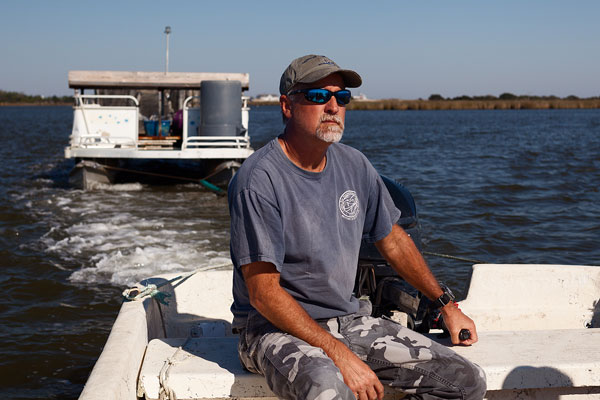 Jay Styron has an audacious mission: To provide high-quality half-shell oysters to the world.

That’s a pretty bold notion for someone who raises oysters in a mere 500 cages floating in estuarine waters off Cedar Island in Carteret County. “I like to think big,” he tells you with a sly grin.

Don’t be too quick to call him a dreamer. There are those who would call him a visionary — one who sees the role marine and freshwater aquaculture collectively must play to provide healthy and sustainable seafood for a global market.

Today, over half of the seafood consumed around the world is produced by aquaculture, a statistic cited often by Styron and Chuck Weirich, North Carolina Sea Grant marine aquaculture specialist.

The National Oceanic and Atmospheric Administration also notes that over 90 percent of all seafood is imported in the United States. Currently, domestic aquaculture supplies only about 5 percent of the seafood Americans consume, and the remaining 5 percent is wild caught. 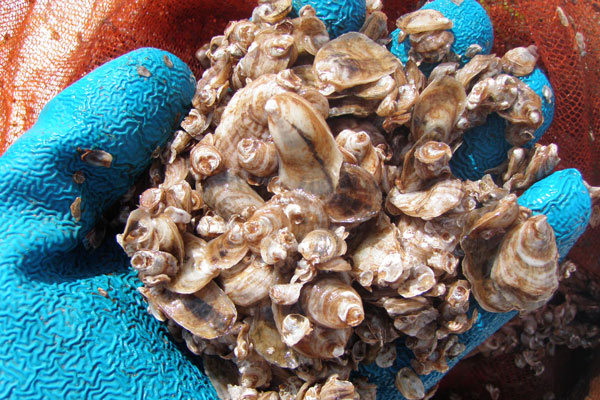 In North Carolina, aquaculture accounts for only a small fraction of the annual total agriculture industry revenue, according to the N.C. Department of Agriculture and Consumer Services, or NCDA&CS.

Still, the potential for North Carolina’s aquaculture is strong because current and prospective producers don’t have to go it alone. In fact, anyone looking for a working definition of science and technology transfer need look no further than the state’s aquaculture industry and its network of partnerships.

The 1989 N.C. Aquaculture Development Act provides a framework for partnerships that connect growers with university researchers, field faculty, and N.C. Cooperative Extension and Sea Grant specialists, as well as experts from the U.S. Department of Agriculture and NCDA&CS.

It is one of several commercial demonstration sites within a project led by Weirich and funded through the NOAA Extension and Technology Transfer Program. Other partners include researchers from the University of North Carolina Wilmington and Carteret Community College in Morehead City.

The team is comparing growth of oysters native to distinct N.C. waters. Ami Wilbur, director of the UNCW Shellfish Research Hatchery, had identified the strains in an earlier Sea Grant-funded collaborative study. 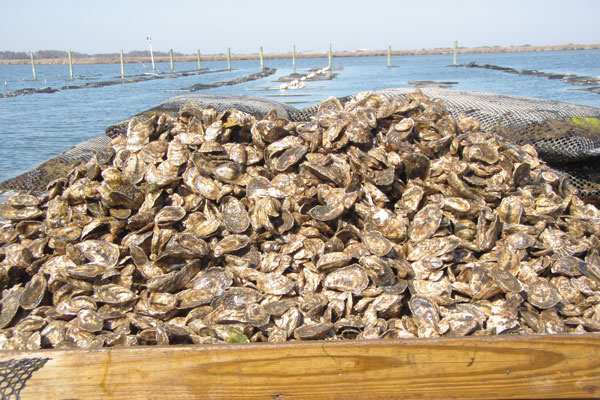 By rotating the planting of his spat, Styron’s harvest yields oysters year-round. Photo by Pam Smith

In the current project, the participants also are comparing four types of off-bottom gear used to grow half-shell oysters. In addition, they are evaluating the culture of sunray venus clams at the sites as a potential means to diversify the industry.

Through an earlier collaborative study, Styron learned to stagger the planting of his hatchery-raised spat. That has enabled him to manage each class closely from start to harvest, every 14 to 16 months. “Rotating our crop means our oysters are available nearly all year round, not just in months with an R,” he explains.

Each harvest yields about 30,000 individual oysters — delicacies that have earned national attention and year-round demand.

Styron and his wife, Jennifer Dorton, have been featured on A Chef’s Life. In an episode of the award-winning PBS show, they described their operations, and showed off oyster-opening techniques, to celebrity chef Vivian Howard. Her Kinston restaurants — The Chef and the Farmer, as well as The Boiler Room — are among those eager to serve Carolina Mariculture oysters.

« Knauss Fellow Sara Mirabilio: Where is She Now?
Tell Your Story »