Or How I Ended Up with a Bottle of Mr. Bailey’s Super-Secret Collards Sauce in My Refrigerator

Story and Photos By Liz Brown-Pickren

Mr. Colon Bailey is a busy man. My first attempt to talk with him was sidetracked by a frozen water line.

He drives a school bus in the morning then rushes back to his store in the Alligator community in Tyrrell County to start the day’s lunch and dinner. His menu includes a chicken dinner served with collard greens. More about those greens later. 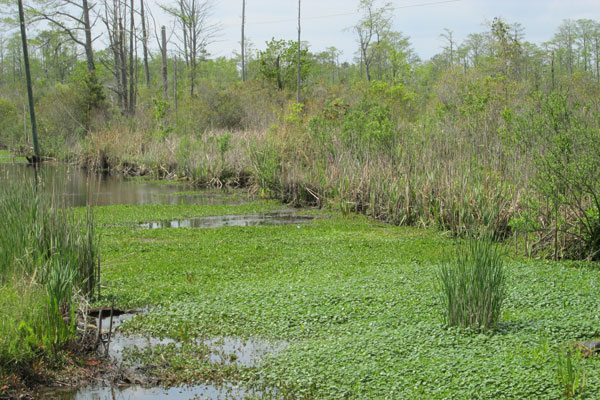 Many residents of Tyrrell County fish for food from the waterbodies surrounding their communities.

I met Mr. Bailey when I was looking to interview individuals in Tyrrell County for a study on eating fish. There’s a great deal of misinformation — and even a lack of information — surrounding the risks associated with fish consumption. My intention was to find out what residents in the county know about contaminants in the fish they catch and bring to the dinner table.

Why Tyrrell County? Like most of eastern North Carolina, with the exception of the beach communities, Tyrrell is largely rural with high poverty rates. And like most of North Carolina’s coastal plain, Tyrrell abounds with places to catch your own dinner. The county is bordered by the Albemarle Sound on the north and the Alligator River on the east, with a dozen other rivers and streams throughout.

Catching fish in a local stream is a great way to get inexpensive, healthy protein. Except when it isn’t.

All of North Carolina — actually all of the United States — is under a fish consumption advisory for mercury, with special advice for women of child-bearing age and young children because of how mercury affects developing nervous systems. The Albemarle Sound is the only coastal water body in North Carolina with an additional consumption advisory for dioxins, a result of more than a half-century of pulp production upstream. 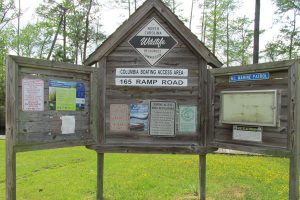 Signs by boat ramps in Tyrrell County, such as this one on the Scuppernong River near Columbia, may not include fish advisory warnings.

A 2014 World Health Organization report warns that dioxins are “highly toxic and can cause reproductive and developmental problems, damage the immune system, interfere with hormones and also cause cancer.”

These chemical compounds are created by natural and human activities, such as burning backyard trash and forest fires, and also are industry byproducts. The U.S. Environmental Protection Agency notes that dioxins break down slowly and accumulate in fatty animal tissue.

Dioxin levels in the Albemarle Sound have improved since the first consumption advisories were issued in 1991, when all fish caught there were off limits. Now, only catfish and carp are covered by the advisory and not too many people eat carp. Catfish, however, is highly desirable to many anglers.

My goal was to interview 15 community leaders and survey 50 Tyrrell residents who ate recreationally caught fish. I made a few false starts trying to complete my surveys.

Besides Mr. Bailey’s store — where I interviewed a fisheries enforcement officer and spent a fascinating afternoon watching a flock of turkeys make their way across a nearby field — I tried Doris’ Store in Gum Neck but didn’t find any survey takers. Next, I contacted churches scattered throughout the county but still got no response.

So I changed my tactics and put an announcement in the Scuppernong Reminder, inviting Tyrrell residents who ate fish to meet me at the library. The handful who showed up were the people who are likely to read the newspaper and visit the library. This is the problem with sampling: there will always be some sort of bias depending on how you select the participants. 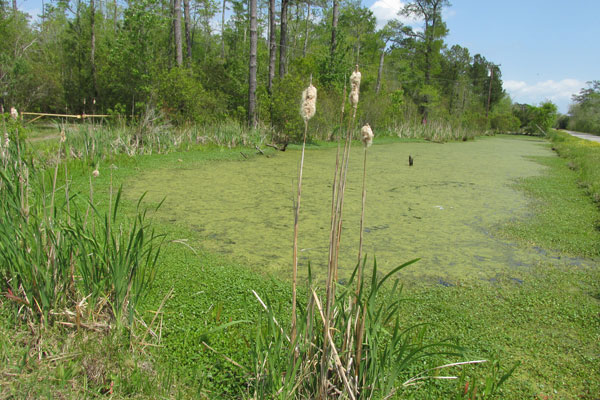 I finally found most of my survey participants in front of the Quick Stop store in Columbia, the type of store where people hang out while they’re doing laundry next door or stop by to buy a pint of malt ale.

I haven’t finished analyzing the responses yet. However, I expect to find that:

I plan to present the findings to Tyrrell County residents in a public meeting. My hope is to provide information to people who go fishing and eat their catch so they can do so more safely. 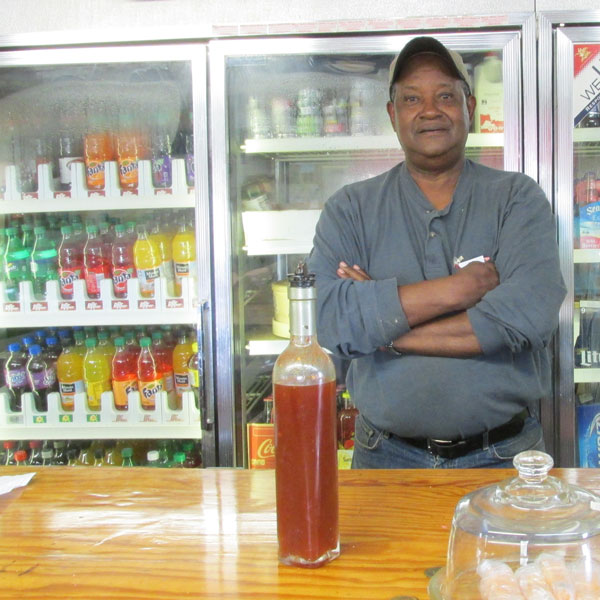 As for Mr. Bailey’s collards, I was pleasantly surprised when my normally collard-averse husband enjoyed those tasty veggies. During one visit, I asked Mr. Bailey for the recipe for the sauce he used on the collards. It was a secret, he said. But he sent me home with a pint of the tangy red sauce and told me to come back when I needed more.

I’ll do just that.

Liz Brown-Pickren is a doctoral candidate in the Coastal Resources Management Program at East Carolina University. Her Tyrrell County study is funded by North Carolina Sea Grant and the Albemarle-Pamlico National Estuary Partnership. Apply by June 30, 2016, for the 2016 fellowship here.