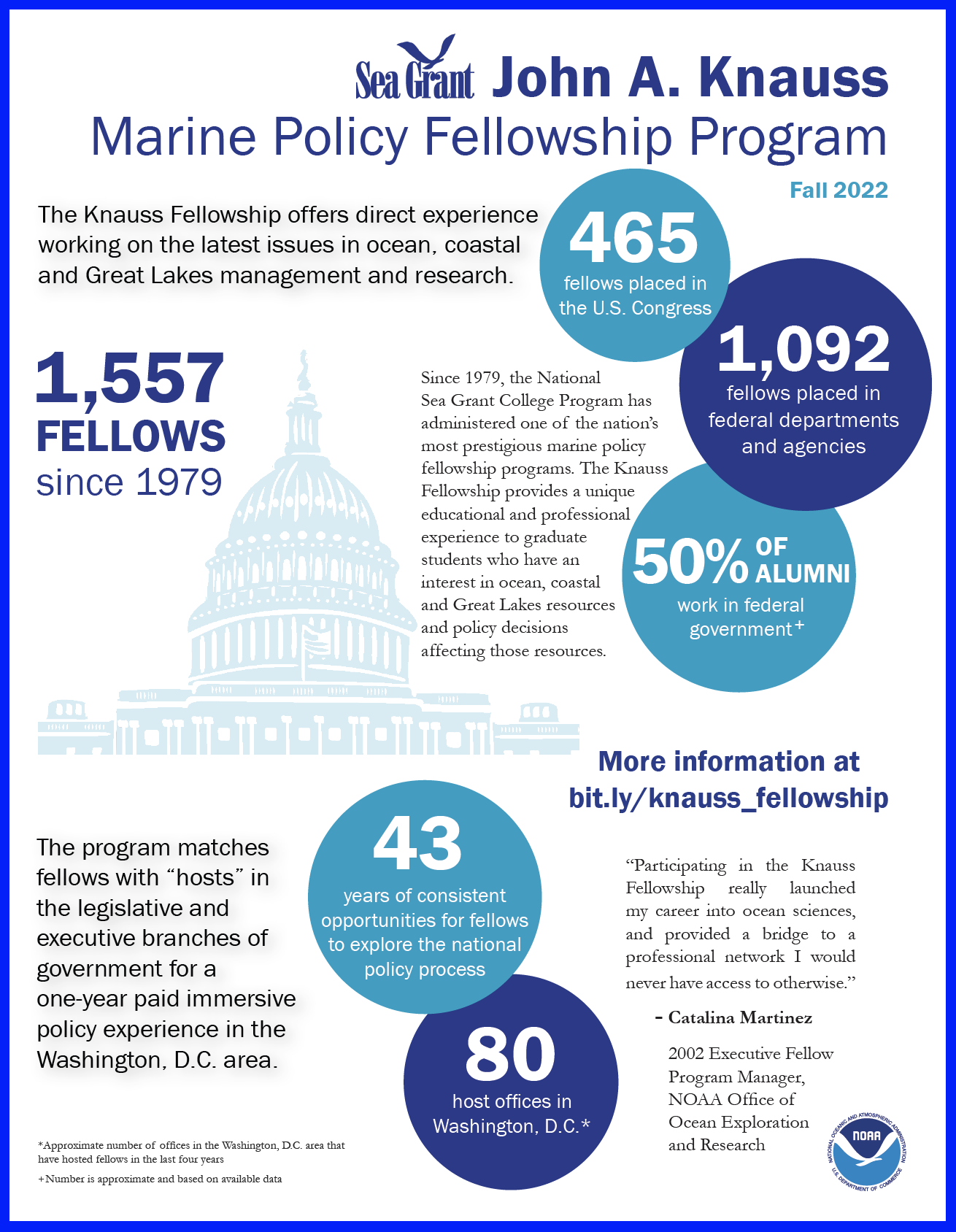 NOAA offers the prestigious fellowship through the National Sea Grant Office in honor of John A. Knauss, who was a Sea Grant founder, NOAA administrator, and dean of the University of Rhode Island’s Graduate School of Oceanography. The program places graduate students in Washington, D.C. to work on federal policies and processes that affect ocean, coastal, and Great Lakes issues.

The 2024 Knauss fellows will serve from February 1, 2024 to February 28, 2025. Fellows may work in host offices in the U.S. Senate and House, as well as in departments in the executive branch, including many NOAA programs.

Eligible applicants include any student, regardless of citizenship, who: 1) is enrolled in a graduate program at a North Carolina-based school at any point between the onset of the 2022 Fall Term and February 16, 2023; 2) will receive that graduate degree through an accredited institution of higher education in the United States or U.S. Territories; and 3) has an interest in ocean, coastal, and Great Lakes resources and in the national policy decisions affecting those resources.

North Carolina Sea Grant will invite the state’s top candidates for interviews in March 2023 and then nominate a small handful for consideration at the national level.

Hear From the Fellows Themselves