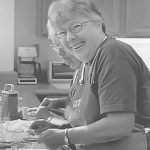 Cod and canned tuna were about the only fish dishes on Judy Blessing’s menus before moving South. “Being from a Catholic family, I can remember eating fish every Friday,” recalls the Athol, Mass., native. “We only had cod with tartar sauce or tuna casserole. Nothing fancy.” Plus, she wasn’t allowed in the kitchen, either, except to do the dishes. 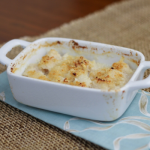 another fresh seafood idea In Greek mythology, the love goddess Aphrodite rose from the sea and was borne across the water on a scallop shell. The Roman goddess Venus was born from a scallop shell. Since…

The youngest of five Gillikins, Bell grew up on a farm eight miles east of Beaufort in a little community called “Bettie.” Back then, everybody worked. Her father and brothers worked the farm by day, then often her father fished at night to support the family. They raised hogs and chickens, butchering and curing them themselves as there were no refrigerators or freezers then, she recalls. On Saturdays, her mother took fresh vegetables to the Morehead City market. “Sunday was a free day. Sunday we went to church.” 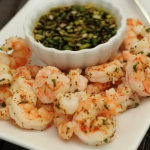 another fresh seafood idea Steaming offers one of the best preparation methods for accenting the natural tastes of seafood. In steaming, food cooks over liquid. And any seafood can be steamed — fillets, steaks, dressed fish and… 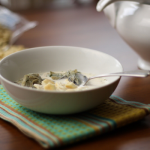 another fresh seafood idea A frequently asked question about oysters concerns red, green or mottled oysters. These colors are harmless, usually associated with the oyster’s diet. The red color disappears when the oyster liquid is warmed….