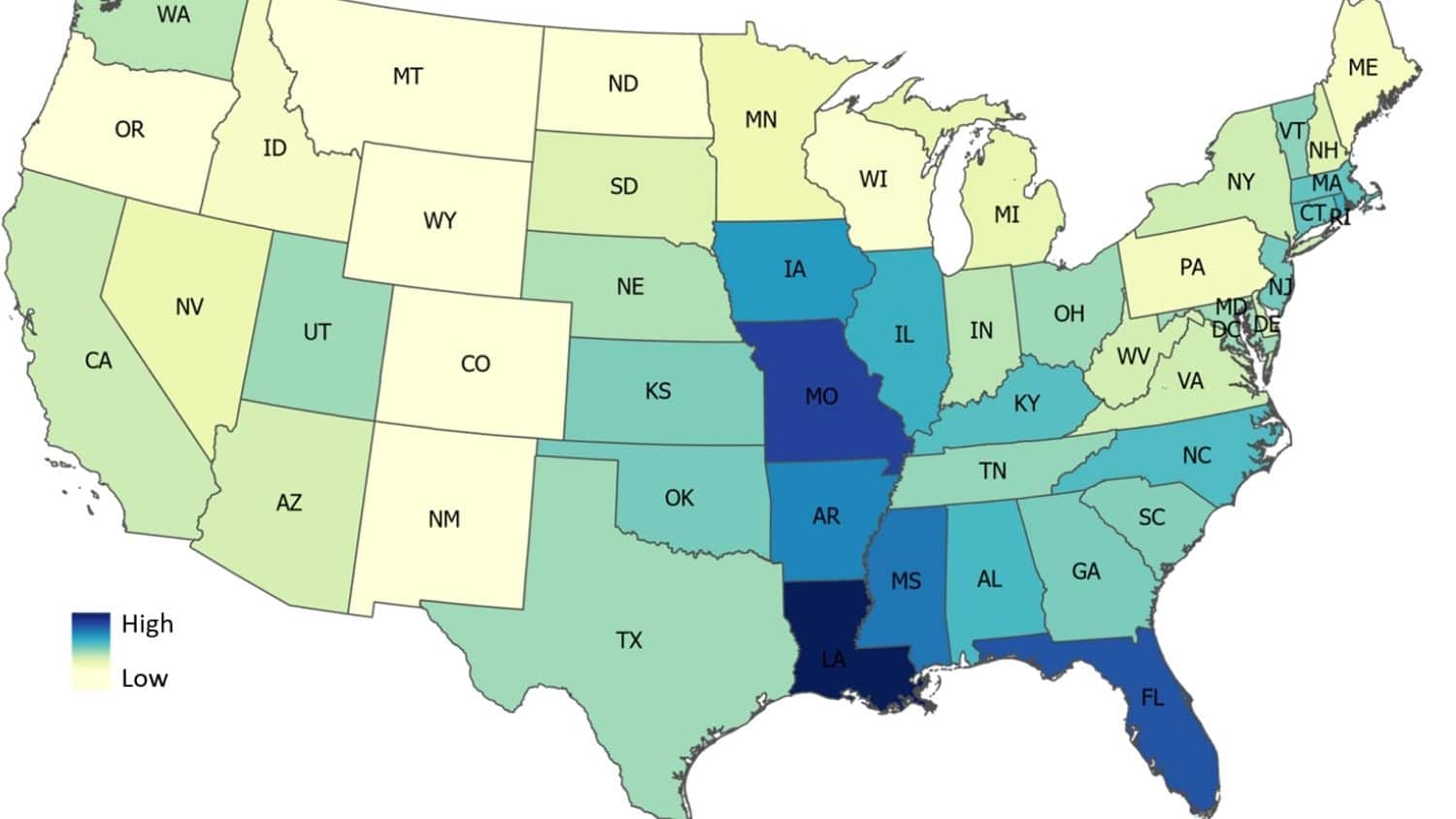 North Carolina State University researchers have used artificial intelligence to predict where flood damage is likely to happen in the continental United States, suggesting that recent flood maps from the Federal Emergency Management Agency do not capture the full extent of flood risk. This project was supported by the U.S. Geological Survey Southeast Climate Adaptation Science Center and North Carolina Sea Grant.

In the study, published in Environmental Research Letters, researchers found a high probability of flood damage – including monetary damage, human injury and loss of life – for more than a million square miles of land across the United States across a 14-year period. That was more than 790,000 square miles greater than flood risk zones identified by FEMA’s maps.

“We’re seeing that there’s a lot of flood damage being reported outside of the 100-year floodplain,” said the study’s lead author Elyssa Collins, a doctoral candidate in the NC State Center for Geospatial Analytics. “There are a lot of places that are susceptible to flooding, and because they’re outside the floodplain, that means they do not have to abide by insurance, building code and land-use requirements that could help protect people and property.”

To create their computer models, researchers used reported data of flood damage for the United States, along with other information such as whether land is close to a river or stream, type of land cover, soil type and precipitation. The computer was able to “learn” from actual reports of damage to predict areas of high flood damage likelihood for each pixel of mapped land. They created separate models for each watershed in the United States.

One of the biggest drivers of flood damage risk was proximity to a stream, along with elevation and the average amount of extreme precipitation per year. The three Census regions with the highest probability were in the Southeast. Louisiana, Missouri, the District of Columbia, Florida and Mississippi had the highest risk of any U.S. state or district in the continental United States. Of the 30 most high-risk counties, North Carolina had three: Dare, Hyde and Tyrrell.

In the meantime, researchers say their findings, which will be publicly accessible, could be useful for helping policymakers involved in land-use planning. They also represent a proof-of-concept method for efficiently updating flood maps in the future.

adapted from a news release by NC State University News

Read more on state of the art flood mapping in Coastwatch magazine.