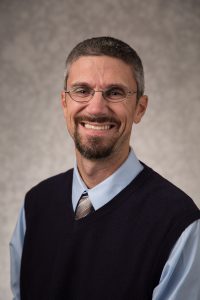 North Carolina Sea Grant congratulates Nate Bacheler on being awarded a Presidential Early Career Award for Scientists and Engineers. The award ceremony and reception will take place May 4, and awardees will visit the White House on May 5.

This is the highest honor bestowed by the U.S. government on science and engineering professionals in the early stages of their independent careers. He is a research fisheries biologist with NOAA’s Marine Fisheries Service in Beaufort.

In 2002, Bacheler was awarded the first fellowship co-sponsored by Sea Grant and the N.C. Division of Marine Fisheries. He also received Sea Grant funding in 2003 and 2005 for his work on estimating fishing and natural mortality rates for red drum in North Carolina estuaries. 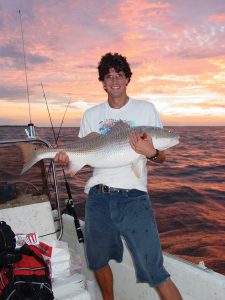 Bacheler holds an adult red drum caught in the lower Neuse River in this photo from the Autumn 2006 issue of Coastwatch. Photo by John Hackney.

“Sea Grant provided a major springboard for my career in fisheries science by introducing me to the snapper grouper fishery in North Carolina, and then funding the research for my doctoral degree with Jeffrey Buckel and Joseph Hightower at NC State University,” Bacheler explains.

“My research during and after this time provides applied, tangible fishery benefits to the citizens of North Carolina, thanks in large part to the inspiration, encouragement and support of Sea Grant,” he adds.