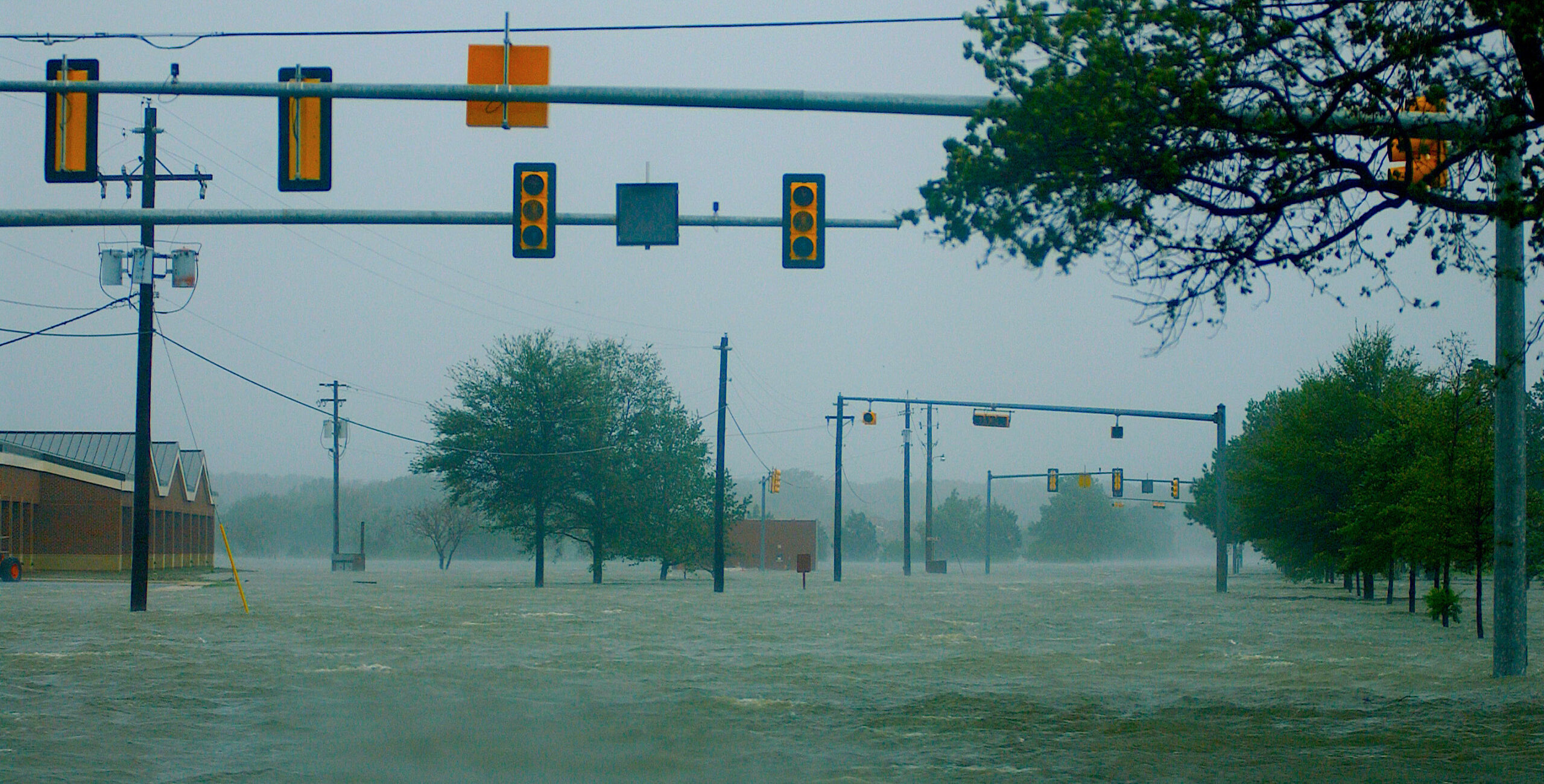 Risk Communication and Managed Retreat in Theory and Practice

Madison Teeter is a program associate at Wetlands Watch, a nonprofit based in Norfolk, Virginia. She is an alumna of the Climate Change and Society Program at NC State University.

As I worked on my capstone project for my Climate Change and Society degree at NC State University, while partnering with North Carolina Sea Grant I studied how the climate change movement might be focusing on the wrong priorities when communicating risk. 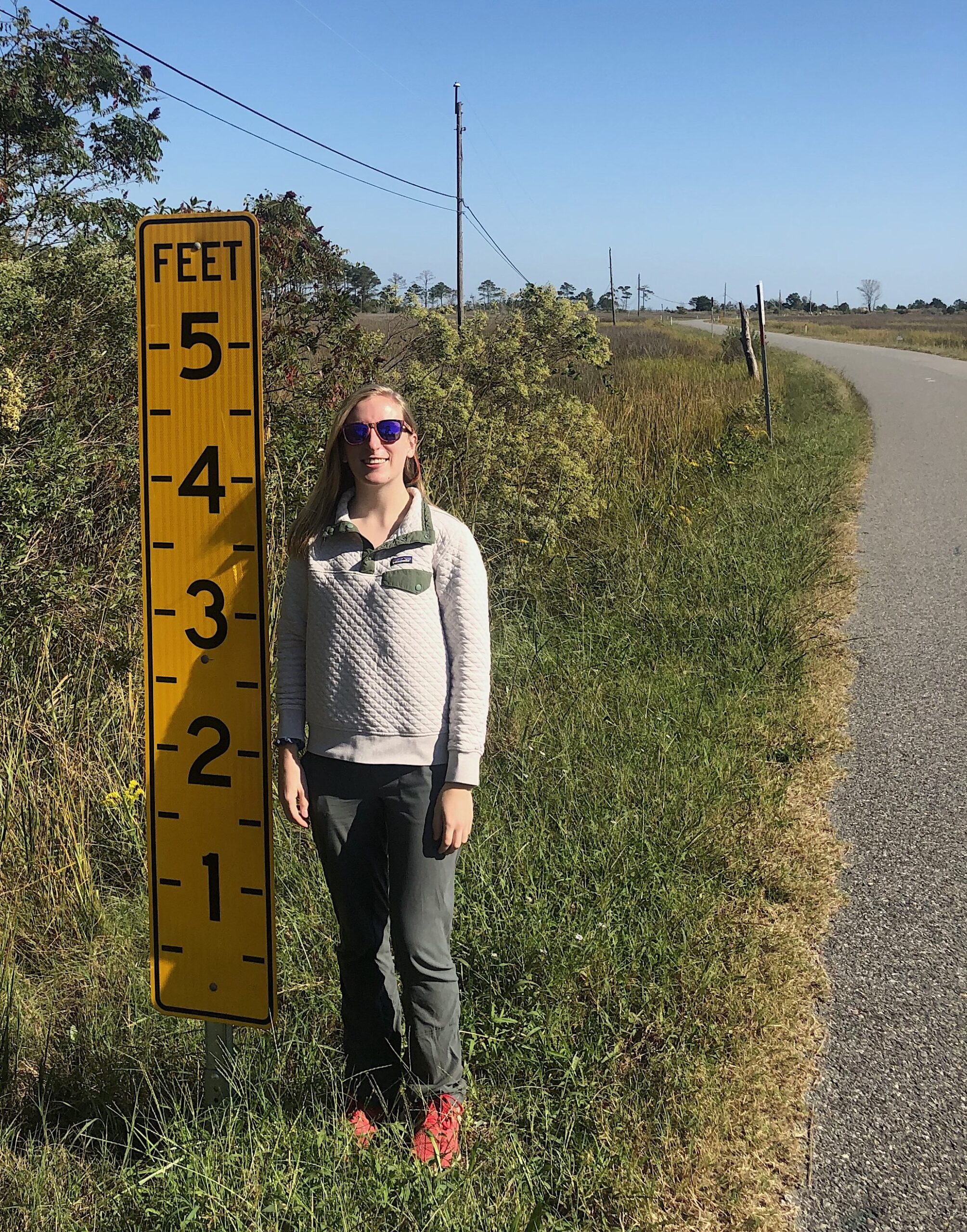 Madison Teeter, next to a sign for measuring flooding in Seaford, Virginia.

This approach to communicating scientific findings can be problematic. In fact, research shows that scientists must tailor their messages for specific audiences if they wish to convey information effectively. Sharing the data alone is simply not enough. Although data will always be important, what’s arguably more important is how we frame the data when we are sharing it with a particular audience in mind.

While working on my capstone project, I read three studies in particular that analyzed risk communication with regard to volcanoes, wildfires, and tornadoes, and each came to this same conclusion. Because risk communicators must consider and involve the public in order to create meaningful messages, we must tailor messages so that audiences can relate to them and, therefore, feel more empowered to take action to protect themselves from the risk at hand. These studies were conducted 5 years apart, indicating some constancy in this finding.

In May of 2020, I started a full-time position in Norfolk with Wetlands Watch, a nonprofit focusing on statewide resilience issues. Part of my work with the organization has been incorporating a term we previously avoided into our vocabulary: “managed retreat.” Norfolk is experiencing some of the worst flooding on the East Coast, and the only solution for some homeowners will have to involve a strategy for relocation.

However, no amount of data alone will easily convince anyone to leave home, even if they have already experienced recurring flooding. Convincing people retreat is their best option is even harder, for instance, when they have already spent thousands of dollars to raise their home or to install a living shoreline on their property, two mitigation strategies that many residents have tried in Norfolk. Therefore, my colleagues and I face a daunting question: How do we convince people to relocate now or in the near future? Because, if they do not, they will find their homes underwater in thirty years.

Based on my capstone research, the answer lies in analyzing our particular audience and tailoring our messages to show our empathy for their situation, convey our authenticity about why we want to help, and outline what we know about the risk at hand. This does not mean communicating by way of graphs about how much sea level will rise in the next few decades or highlighting how much the city floods already from normal high tides, even without the presence of a storm.

It is important to note, however, that communicating the data and information that we know is still important. Research does not support the myth that the public will only panic if they receive ample information related to a crisis.

As part of a pilot project Wetlands Watch is coordinating, some of our staff members had a very straightforward conversation with a group of homeowners about the future risks they will face from sea level rise. For some of the individuals in the group, this was the first time someone had outlined the explicit risks of remaining in their homes. Although they might not agree to migrate, it was crucial to bring this issue to the forefront to inform their planning for the future. We were able to have more effective conversations with these homeowners about the anxieties they felt about possibly leaving their homes because, importantly, our staff are members of the same community.

At Wetlands Watch we try our best to be transparent and authentic with all who are willing to discuss the complicated issue of managed retreat with us. Convincing people that this is their best option is not easy, but we also know that trying to convince them of anything else might only leave some coastal residents in harm’s way.

Framing Volcanic Risk Communication Within Disaster Risk Reduction: Finding Ways for the Social and Physical Sciences to Work Together