Marine Debris by the Numbers 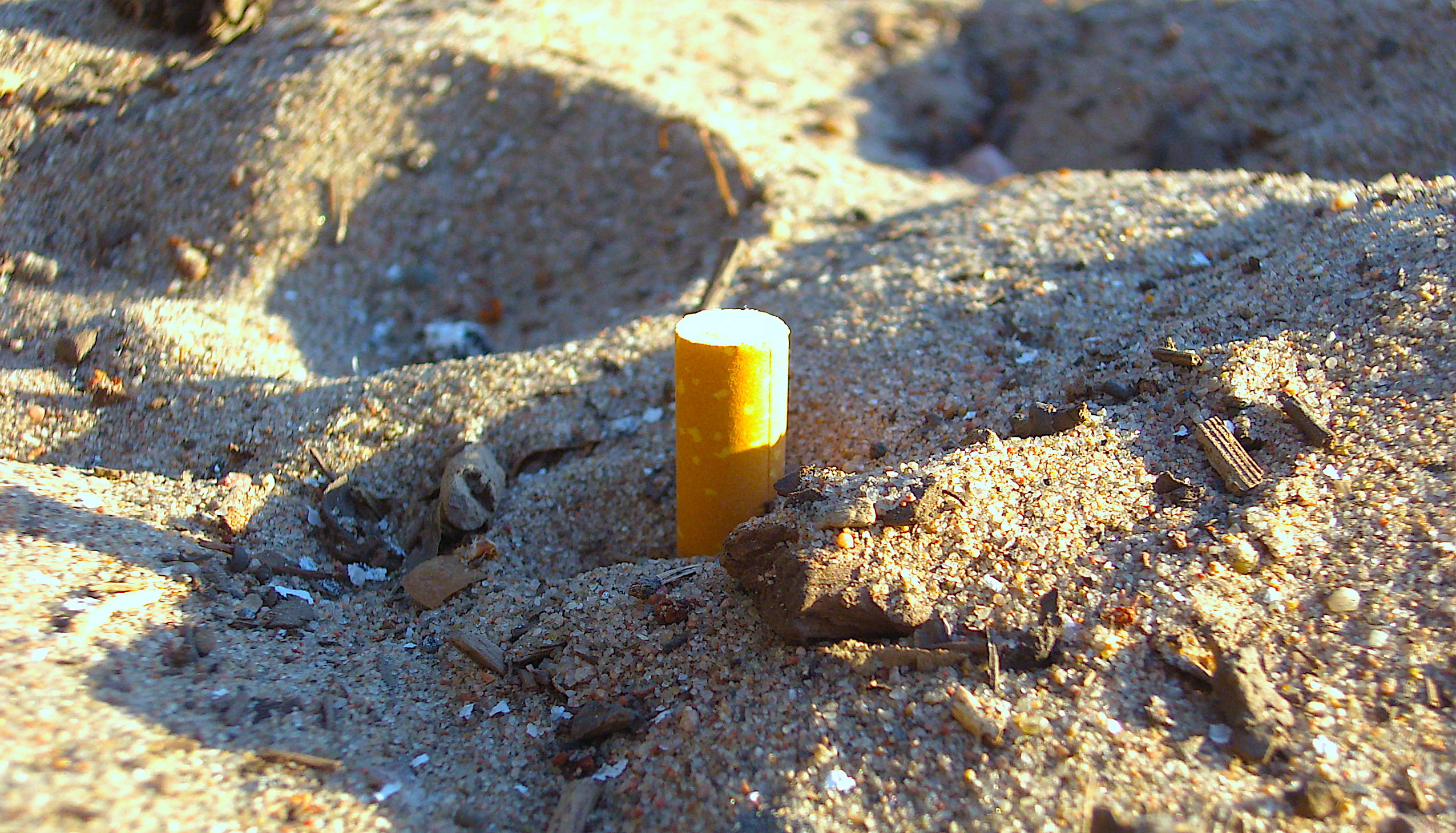 BY JACKIE JAFFE AND CAMERON DECHURCH

Take a second and picture the ocean.

You might imagine sweeping blue seas, an opalescent wave crashing into the beach, or even a school of exotic fish journeying under the sea. Maybe your mind takes you to your last vacation on the beach and the gentle roar of the ocean as it greets the bank. The ocean in your mind probably is clear, shimmering, perfect.

Unfortunately, this is not the reality of our oceans today. Pleasurable activities like fishing or eating a picnic lunch can have unintended consequences for marine ecosystems, animals, and even human beings. Whether it’s a fishing line left behind or a plastic bag that accidentally flew away, our small actions can negatively impact the earth for thousands of years.

Marine debris has become one of the biggest environmental threats to the planet, with plastic comprising the bulk of this problem — and it’s not just sea turtles that are hurt by floating debris disguised as delicious jellyfish. When the fish we eat have ingested microplastics, we ingest these harmful substances, too.

As DukeEngage interns partnering with North Carolina Marine Debris Action Plan organizations, our research project involved a close examination of North Carolina cleanup and observation reports from NOAA’s Marine Debris Tracker App and the Ocean Conservancy. When we looked at the numbers from 2016 to 2021, we learned that our state’s marine debris included 552,957 collected or observed items. 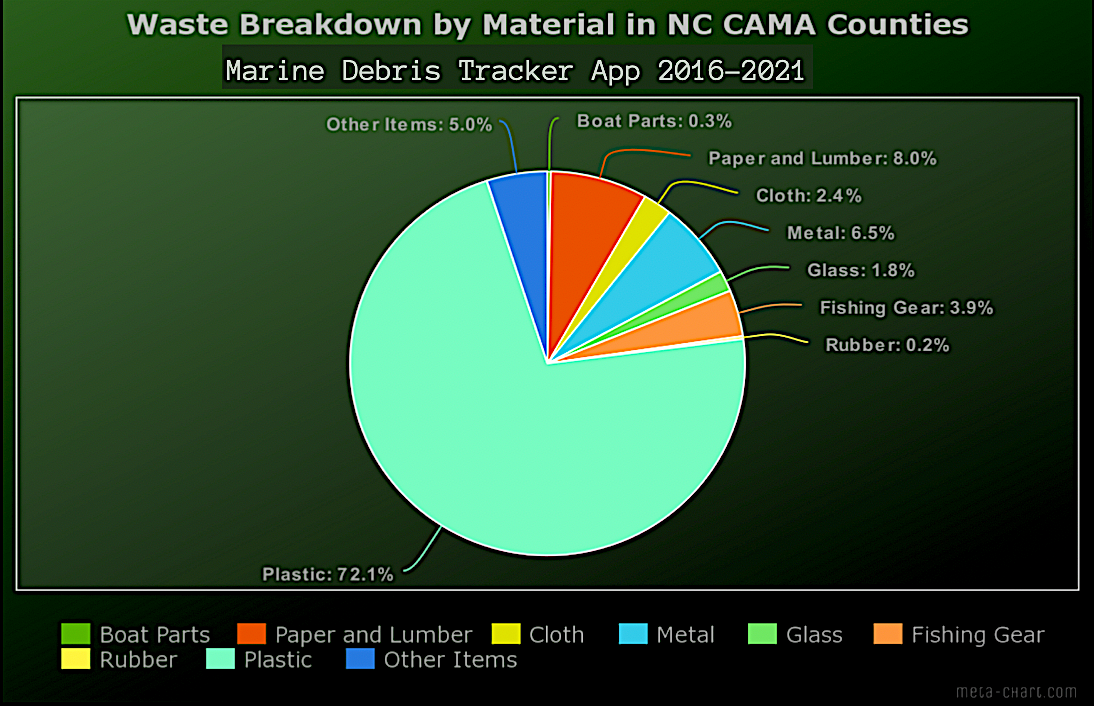 In North Carolina, under the Coastal Area Management Act there are 20 counties along the coast subject to unique legislation to better protect the marine environment. From 2016 to 2021, the Marine Tracker App recorded 33,794 items in these counties. Plastic comprised over 70% of that waste.

Eleven of North Carolina’s 20 coastal counties reported almost three-quarters of this trash; the other nine coastal counties did not submit clean-up reports. All told, the statewide total of over one-half million items came from only 59 reporting counties (out of N.C.’s 100 counties), underrepresenting the amount of trash in the state’s environment.

Diving deeper into the statistics shows that cigars and cigarette butts are the most prominent kinds of marine debris in North Carolina, nearly one-third of the total trash reported. This isn’t a surprise; tobacco waste is the most commonly reported litter worldwide. Once in the environment, cigarette butts release chemicals, including arsenic, which are harmful to marine life.

After analyzing data on the composition of marine debris, we found plastic to be the most common substance, comprising 71% of the items collected. This includes water bottles, grocery bags, utensils, and anything else manufactured with that difficult-to-decompose material.

Plastic water bottles, for instance, can take 450 years to break down. Because they didn’t exist before the 1940s, every plastic water bottle that consumers haven’t properly recycled or disposed still exists in the environment today. 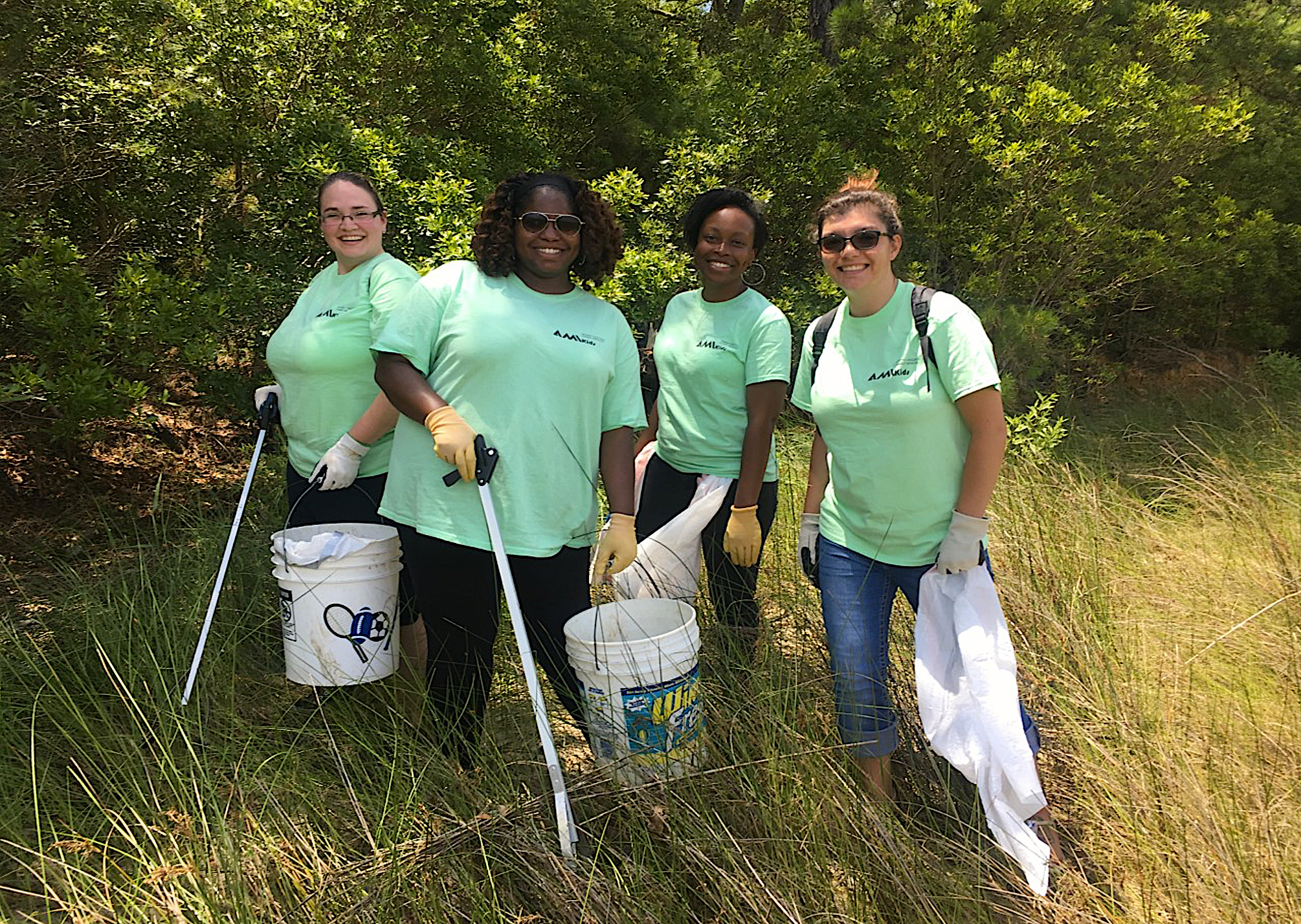 Organizing cleanups is a fun and easy way for community members to reduce marine debris and beautify the coasts. Credit: Rachel Bisesi.

What can we do to lessen marine debris?

Start by thinking about the plastic you use on a daily basis. Oftentimes, reusable alternatives can replace plastic items. Drink that cup of lemonade without a straw, and use washable plates and silverware. Don’t just discard trash, which frequently ends up in the environment. Implement recycling, composting, and reusing whenever possible. Team up with your community whenever possible to take part in cleanups and help protect the environment.

By combining individual, corporate, and government efforts to target pollution, we can make our oceans healthy again. Obtaining that ideal image of the beautiful ocean environment might not be easy, but it’s not impossible, either. With collaborative work, we might just make a big splash in reducing marine debris.