Menhaden are common to the East Coast. Adults spawn offshore, and tides and currents carry juveniles into coastal estuaries. There, they serve as food for popular sportfish like striped bass and bluefish, as well as for seals, dolphins, whales, eagles, and ospreys. Menhaden are also harvested and processed for fish oils or used as bait in crab pots.

It is crucial to maintain a balance between menhaden harvest and numbers left in the ecosystem to provide a food source to other coastal species. This necessitates a comprehensive understanding of the menhaden population — how many there are, how they group together, and where they prefer to live.

My colleagues and I at the University of Maryland Center for Environmental Science used an underwater sonar camera to observe schools of juvenile menhaden in the Patuxent River and three of its attached creeks. As its name suggests, this type of camera uses sound signals to detect objects in cloudy water, much like a fish finder or a dolphin’s echolocation. Sonar cameras can observe fish in waters much shallower than traditional net-based sampling methods.

Our team collected more than 32 hours of video from the sonar camera over a two-year study period. We then reviewed the video and identified a total of 189,000 individual menhaden in over 1,700 schools.

Most menhaden schools included fewer than 100 fish living in narrow, shallow creeks, as opposed to the open, deep Patuxent River channel. This could mean that the shallow and protected creeks are the most favorable areas for juvenile menhaden and that they tend to stick to these areas.

The population of menhaden grew from May to September of both sampling years, with peak abundance occurring at the end of August. We identified more menhaden during the second year, which could be because hotter and drier weather conditions were more favorable for menhaden spawning and growth.

Studying juvenile menhaden distribution in multiple areas of the Patuxent River could enable fisheries managers to design better surveys to determine the abundance of menhaden, as well as help scientists to determine the most favorable habitats for menhaden growth. 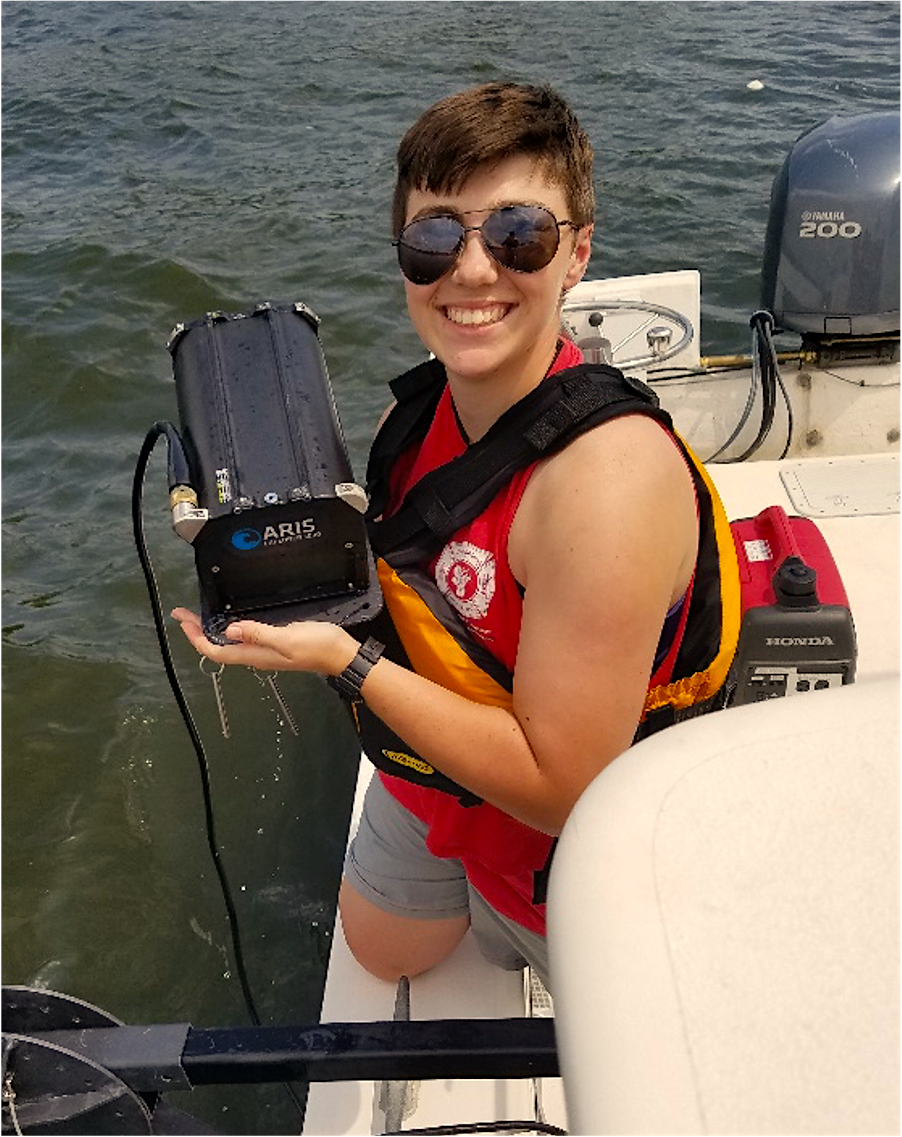 By Katie Lankowicz, a Ph.D. student in fisheries ecology at the Chesapeake Biological Laboratory. She has spent the last several years using advanced technology like sonar cameras to study marine organisms in coastal environments from Alaska to Maryland.