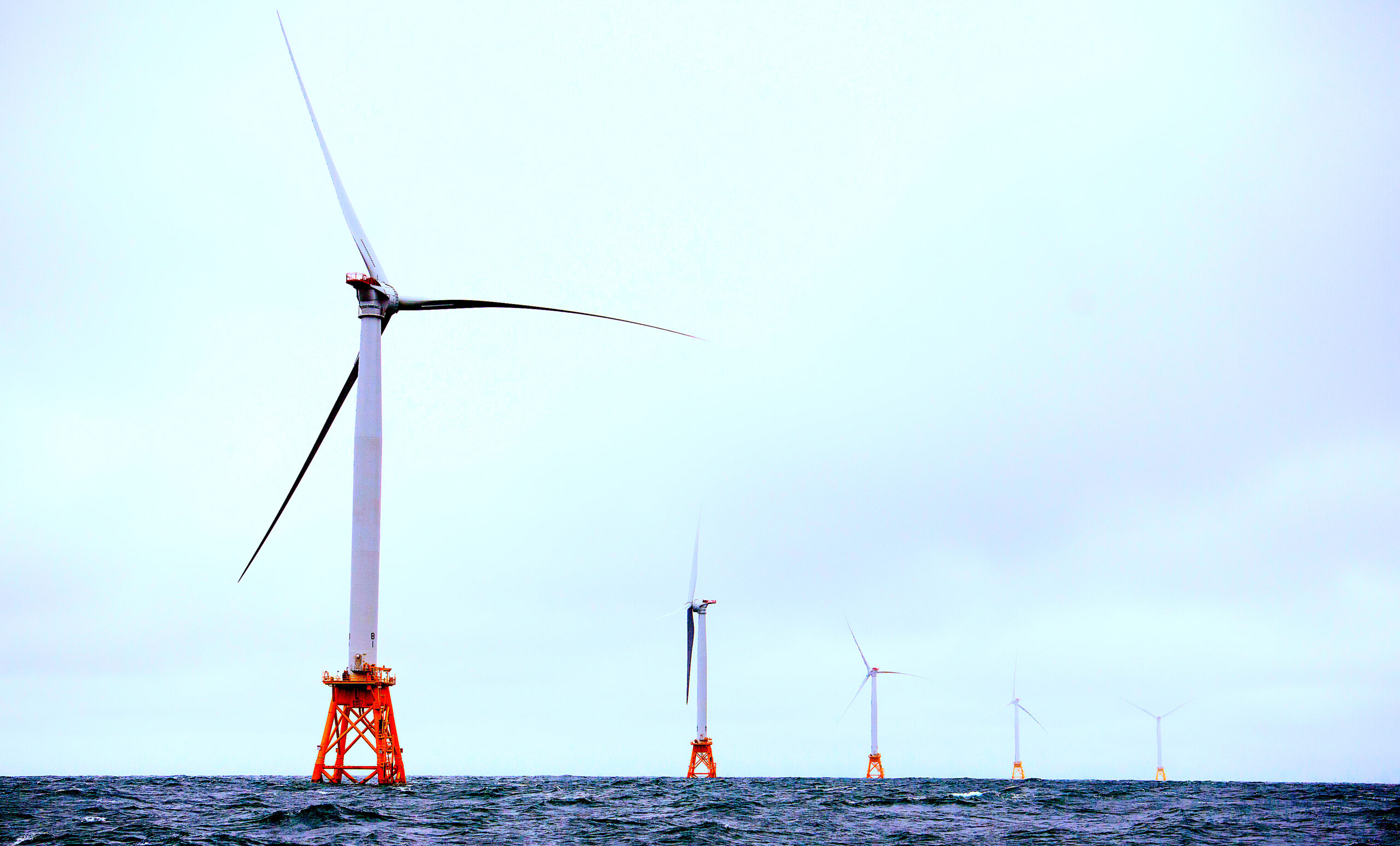 Yes — but maybe not like you’d think they would.

Offshore Wind Farms (OWFs) have emerged as the most common form of marine renewable energy generation. In fact, the U.S. has 16 active offshore wind farms covering over 1.7 million acres along the Atlantic coast.

Although interests in renewable energy has grown along with the expansion of OWFs, concerns from coastal communities, as well as from commercial fishers and recreationalists, also have increased. Recreational anglers, in particular, sometimes target fish in specific locations, which could cause potential conflicts with OWFs. 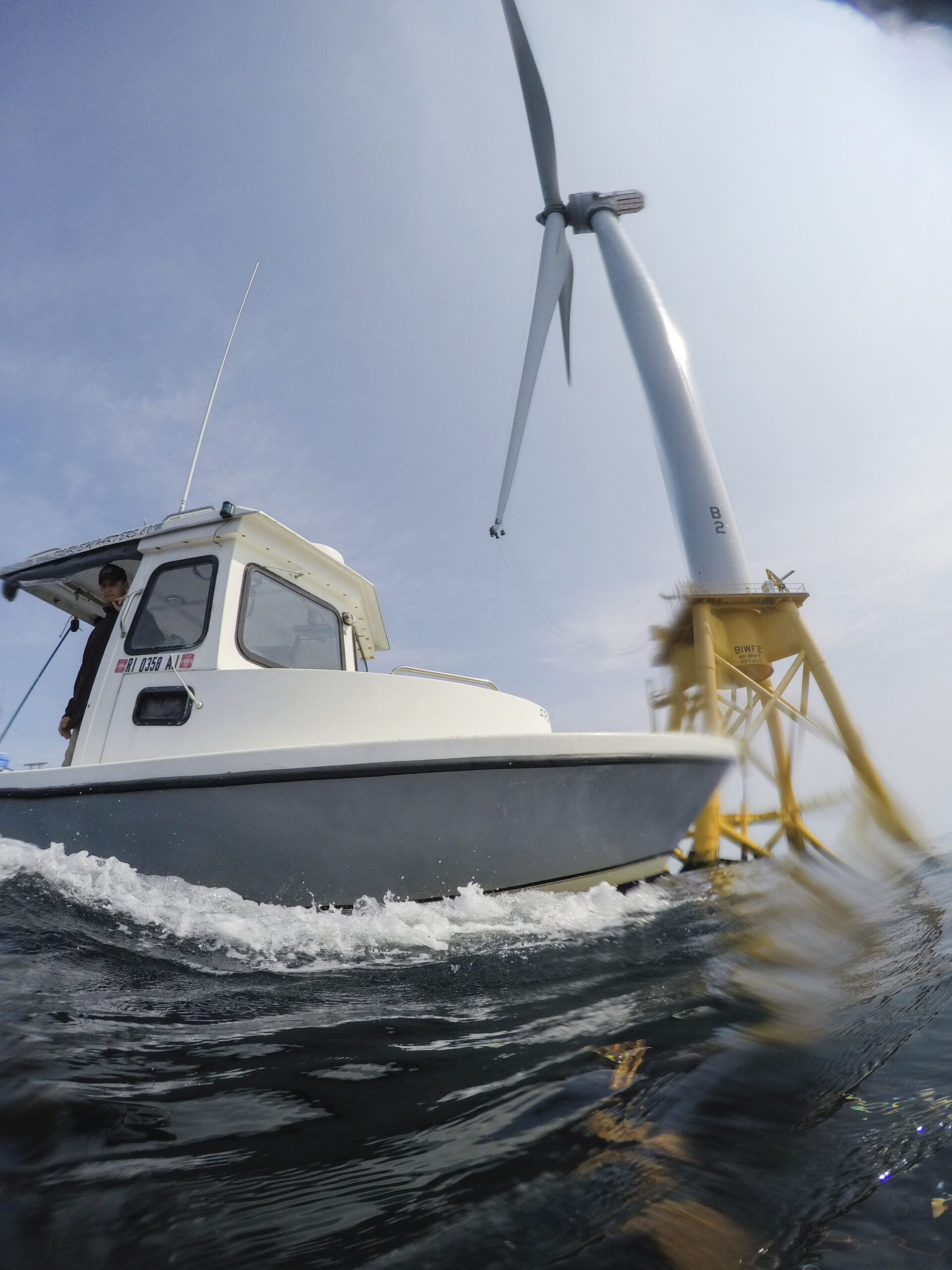 Therefore, understanding attitudes and behaviors of anglers towards OWFs has the potential to inform ocean management and avoid conflicts.

There have been few studies to assess the impact of OWFs on recreational anglers. Little research has attempted to document angler behavior or to understand their motivations and the factors that affect their satisfaction with fishing trips to OWFs.

Rhode Island’s Block Island Wind Farm (BIWF), which in 2016 was the nation’s first OWF to open, provided an opportunity for researchers to assess the impact of an OWF on anglers’ experiences.

To begin understanding interactions between OWFs and recreational anglers, researchers assessed the impacts of the Block Island Wind Farm through a combination of research methods. Initial interviews with anglers informed questions for a survey, and survey results then guided the team as it conducted follow-up interviews.

Data from the surveys confirmed that anglers, specifically those who fished at the wind farm, strongly believe that the wind farm has benefited fishing. They also value the wind farm’s purpose of generating “green” energy. However, some anglers also reported their concerns about increased crowding at the OWF, which they feared could lead to future restrictions on fishing access.

The foundations of the turbines on the BIWF provides structure throughout the water column. As a result, some anglers described the turbines as “growing food” for fish, noting that the structure creates water flow that “tosses the little bait [fish] around.” Anglers reported that this brought more recreationally popular species — such as black sea bass, fluke, and scup — to the BIWF site.

Additionally, the BIWF can give anglers the opportunity to see or catch new species not normally found in the region.

Results from this study suggest that OWFs do not conflict with angling. Instead, anglers view BIWF as an enhanced fishing destination. The research team recommends future study of ocean-goers to inform managing issues (like crowding and access) — and to consider the benefits of nearshore OWFs for anglers and other stakeholders.

Special thanks to Charlie Nutting Photography.

Funding for this study was provided by Rhode Island Sea Grant project R/1822- 1820-211-01; a portion of this work was supported by the U.S. Department of Agriculture National Institute of Food and Agriculture Hatch project 1007596.

« How Do Hurricanes Affect Coral Reef Fish?
How Can We Increase the Numbers of Fish on Artificial Reefs? »