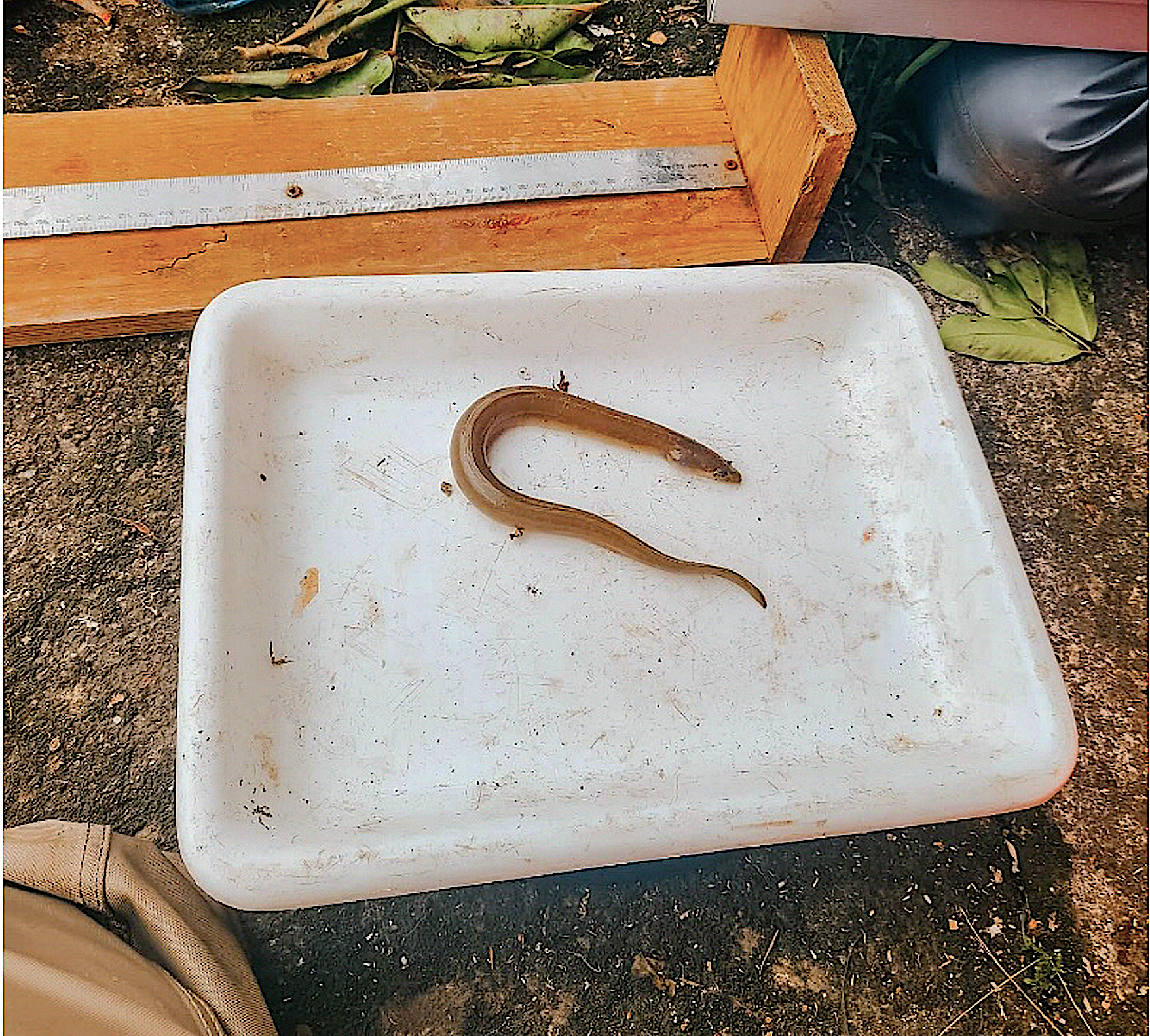 American eels support recreational and commercial fisheries in the eastern United States and are one of the most mysterious creatures in our waters. They are a “catadromous” species, which means they spend their larval stages in ocean environments and their juvenile and adult stages between coastal and freshwater environments. Because they move freely between these environments, they potentially are a resilient species.

While habitat loss, poor water quality, and overfishing might all play a role in the decline of the American eel population, determining which factors actually contribute to fewer numbers of American eels is much more challenging.

Given that little is known about American eels in coastal estuaries, tidal creeks present an interesting landscape to explore the link between habitat and juvenile eel abundance and survival rates.

The team used watershed runoff and saltwater marsh cover as indicators of development in this region.

Survival of yellow American eels is low in comparison to other locations along coastal habitats on the Atlantic. These low survival rates might be due to natural causes or fishing mortality in this region, but this needs further study.

Development along tidal creeks did not appear to reduce yellow-phase American eel catch rates. In fact, culverts even had a positive effect on the catch rates of American eel, because they provide poorly lit shelter.

However, this does not rule out possible adverse effects that large-scale development might have on the survival of yellow-phase American eels.

Yellow-phase American eels caught for this study were between 6 and 18 inches long. Catch rates were higher in the spring and lower in the winter.

« How Can We Increase the Numbers of Fish on Artificial Reefs?
What Affects the Success of Divers When They Try to Remove Lionfish? »