Have Bigger Sharks Given Way to Smaller Sharks Along the North Carolina Coast? 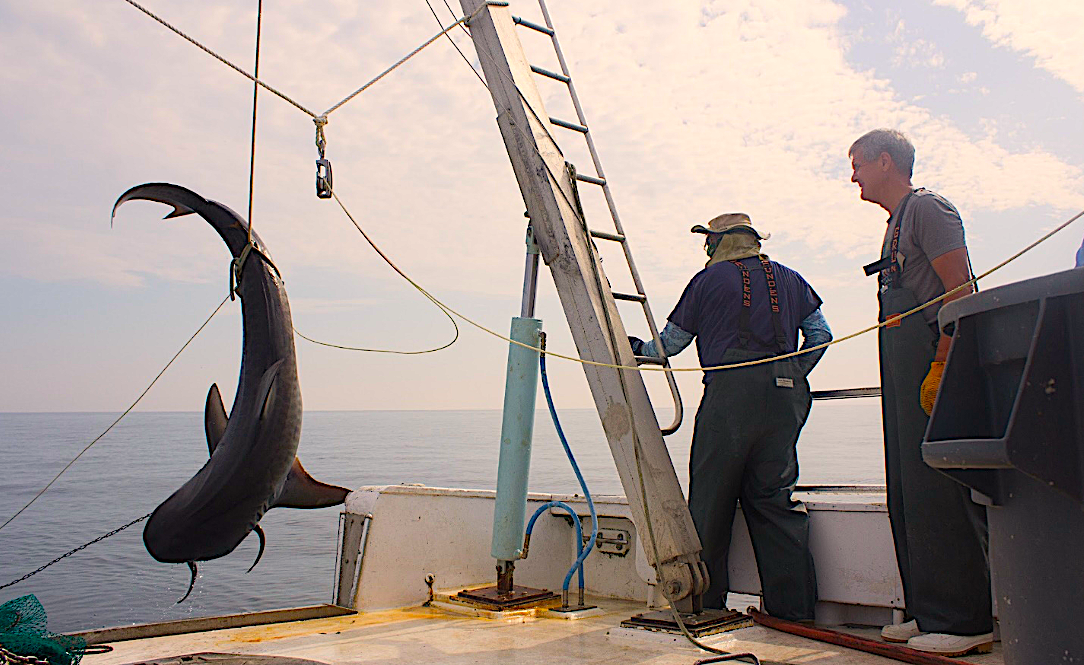 Crew of the RV Capricorn (of the University of North Carolina at Chapel Hill’s Institute of Marine Sciences) brings a tiger shark aboard for measuring, tagging, and tissue sampling, before release. Credit: M. Benavides.

Over the last 50 years, many shark species have trended toward smaller-sized individuals around Cape Lookout.

Sharks are important predators in marine food webs, but their numbers are thought to have been significantly altered by fishing and other human impacts, potentially disrupting coastal ecosystems.

Many anglers note that small sharks currently appear quite abundant, but there are few rigorous analyses of trends in shark sizes over time, due to the relative rarity of long-term survey data on these highly migratory and hard-to-sample fishes. Therefore, we wanted to explore whether shark sizes along the North Carolina coast have changed over time, leveraging one of the longest-running shark surveys in the world.

We examined the sizes of 12 shark species caught regularly during a nearly five-decade-long survey conducted in Onslow Bay, North Carolina, using standardized longline gear (200 baited hooks attached to a 1-mile main line, deployed biweekly). We evaluated trends for each species in average and maximum “fork length” (the distance from the snout to the fork in the tail). 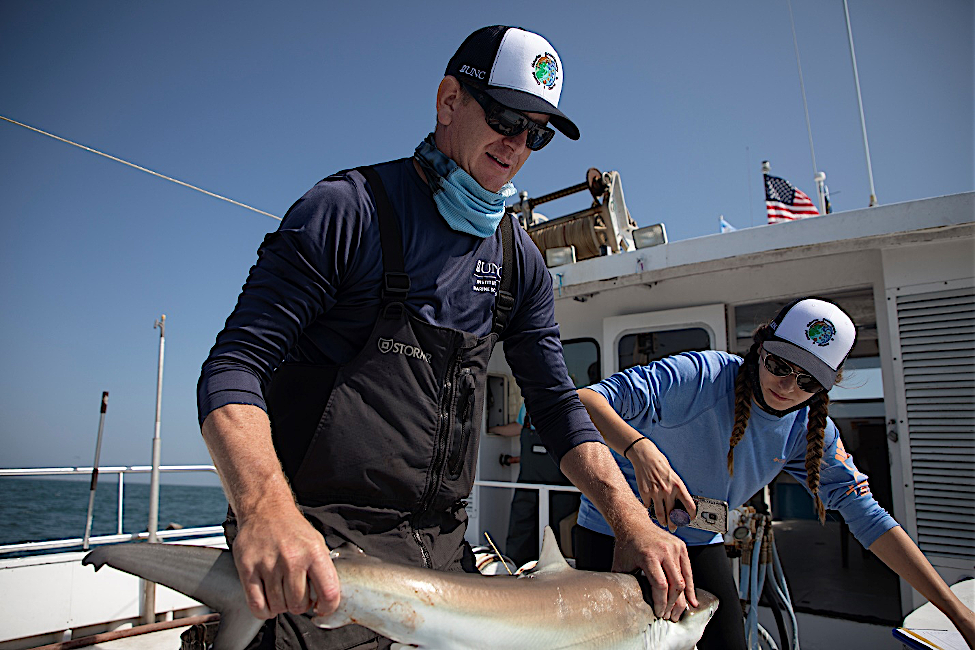 All 12 species were characterized by fish appearing smaller over time, ranging from decreases in maximum sizes by 10% for silky sharks to 35% for sandbar sharks.

Despite significant differences across species in life histories (e.g., between tiger sharks and Atlantic sharpnose sharks) and harvest pressure (e.g., between harvested blacknose and protected dusky), all shark types appear to be characterized by smaller individuals compared to sizes in previous decades.

Survey data also indicate that the overall numbers of each of the 12 shark species, with the exception of Atlantic sharpnose, are lower now than in previous decades. This combination of fewer and smaller sharks in the coastal ocean has likely contributed to shifts in ecosystems and fisheries that we don’t currently fully understand.

Collection of shark abundance and size data in Onslow Bay has been supported by Carolina Power and Light (~1975–1985) and by resources from the Institute of Marine Sciences of the University of North Carolina at Chapel Hill.

« Can Angler Reports Give Us a Better Understanding of Fisheries?
Can Researchers Detect Lionfish by Analyzing Environmental DNA? »