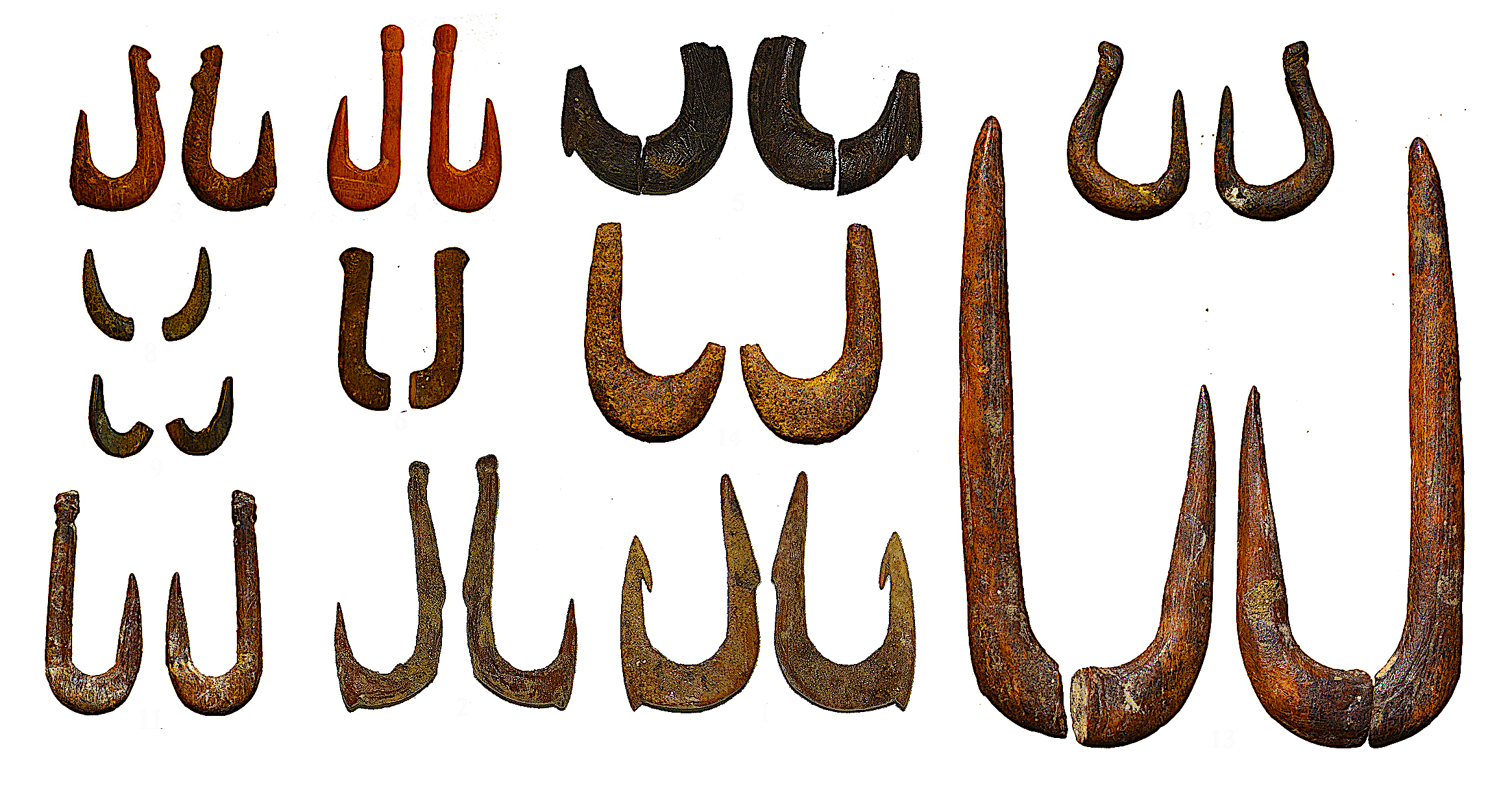 Winter has finally ended. Typically, anglers fish the least during winter, and in North Carolina it’s the most common time for diehard anglers to attend boat shows and how-to fishing seminars and clinics. Catching fish on a regular basis — notice I said catching, not fishing — can require significant skill and attention to the craft.

In short, anglers can gain a lot of information by studying other successful fishers, the tackle they prefer, and how they use it. In a way, archaeologists are like anglers in that both groups attempt to gain new knowledge from people who came before them.

Over the last 10 years, archeologists have discovered many well-preserved bone fishhooks, smooth grooved stones (thought to be early sinkers), artificial lures, and evidence of plant-based fishing line, all in the Hula Valley of modern-day Israel. The site represents one of the largest collections of early hook and line fishing tackle.

What can we learn about early fishing practices?

With access to the largest and most complete gathering of early fishing tackle remains, investigators sought to better understand how people made the items and fished with them. The team conducted archaeological, technological, and microscopic examinations to explore the original uses for the fishing tackle.

Let’s focus on the items of interest to anglers: early hooks, lines, sinkers, and artificial lures.

Hooks shaped from bone came in assorted sizes, with many including an outward facing barb. These hooks did not have eyes to attach line. Instead, the barbs, in combination with single and double knobs kept the line secure on the hook. The line also could have wrapped around a large portion of the hook shank. In some instances, adhesive was used to attach lines to hooks.

Several pebbles with grooves created by hand tools were found in the same area as the hooks. Thought to be sinkers, all pebbles were of comparable size and still had small remnants of early fishing line attached.

Fishing line was not discovered intact but in small fragments attached to hooks and grooved pebbles. Composed of unidentified vegetative material, the line would have been strong enough to retrieve at least a 2-pound fish, according to the research team.

The presence of deep grooves, adhesive, and animal hair on two hooks from the site also confirm that artificial lures were in use 12,000 years ago. The researchers think that early fishers may have attached small pieces of shell — which displayed a mother of pearl color pattern — to attract fish as the lure fluttered in the water.

The study site indicates that fishing occurred in shallow water close to the lakeshore. People most likely left hooks near the water’s edge accidentally or when they broke during use.

In addition, the fish remains found at the site indicate that catch was composed of at least three fish: Cyprinidae (the same family as carps and minnows), Cichlidae (the family that includes tilapia), and, probably, Salmonidae (which today includes salmon and trout).

Fishers 12,000 years ago were more sophisticated than we previously thought. The skill required to manufacture and assemble hooks, line, and sinkers in combination confirms that fishers had a deep understanding of fish behavior, including feeding, and that they developed strategies for capture.

I assume they shared their personal tips and tricks with others…

Summary compiled by Scott Baker.
All photos courtesy of the authors and PLoS One via CC BY 4.0.

« Are Fish Headed North?
Does it Help to Look at the Big Picture When Managing Menhaden? »