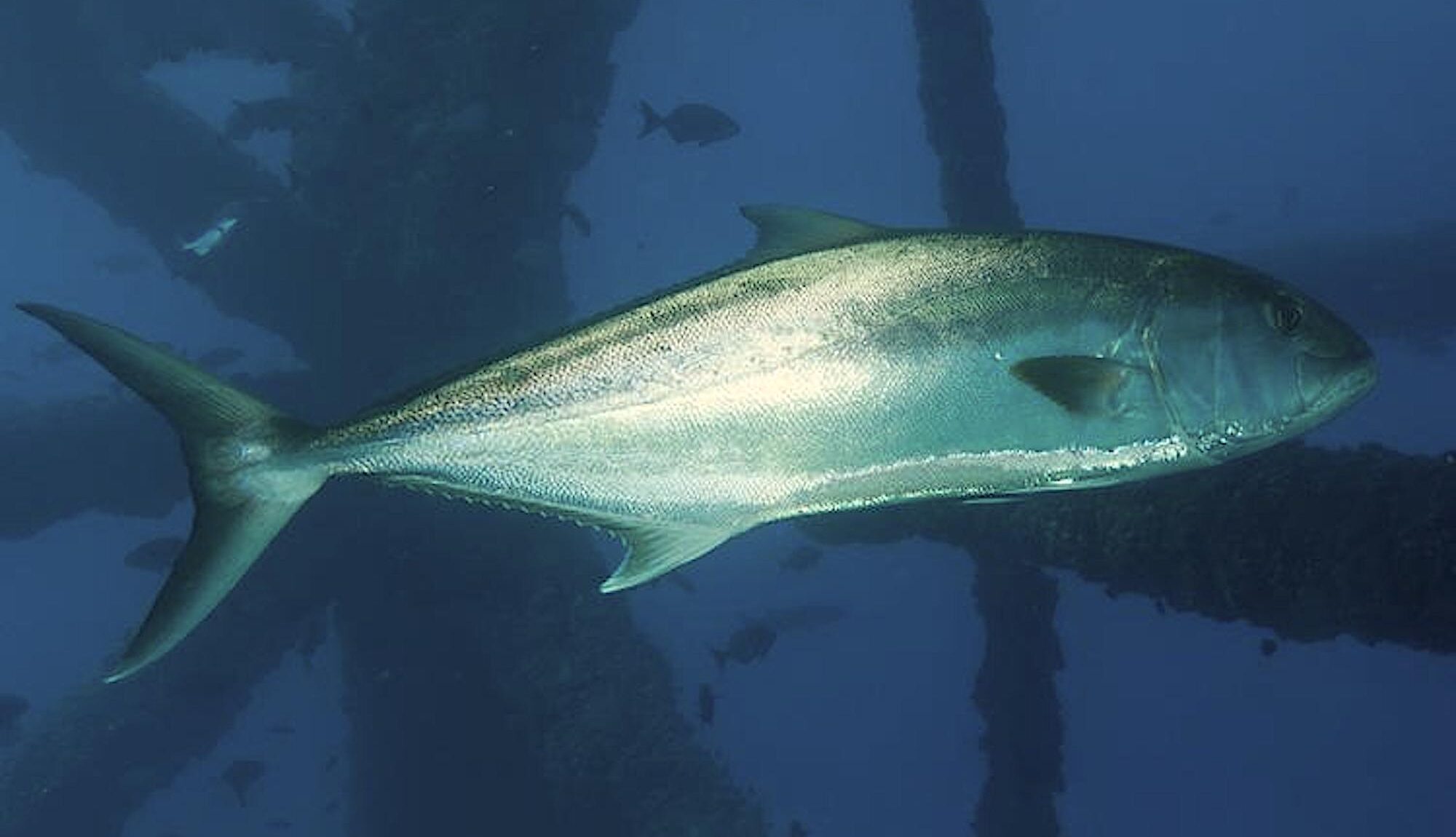 There are four amberjack species found off the North Carolina coast, including greater amberjack, a species that is highly sought after by fishers in the state. Yet, amberjacks are difficult for scientists to sample accurately, because they swim fast, come together in mixed-species schools, are difficult to distinguish from one another, and are very curious.

But providing reliable estimates of the numbers of amberjacks is critical for management decisions that affects their sustainability.

Using baited fish traps each summer since 1990, scientists have surveyed reef-associated fish species, including amberjacks, between North Carolina and the east coast of Florida – but amberjacks rarely entered the traps.

Since 2011, scientists have attached video cameras to traps to try to estimate the populations of those species, like amberjacks, that traps don’t catch well.

A research team with the National Marine Fisheries Service recently analyzed these underwater videos to determine population trends of amberjacks, which species of amberjacks were most and least abundant, and where each species frequented.

Greater amberjacks were fairly widespread across the continental shelf, occurring commonly at depths of about 50 feet to over 325 feet. Cameras recorded almaco jacks and, especially, lesser amberjacks in slightly deeper waters than greater amberjacks, while banded rudderfish mostly stuck to water that was less than 165 feet deep.

All four amberjack species were visible by camera widely across the study area around reef habitats, showing no obvious regional preferences.

Video showed that banded rudderfish grouped together the most heavily; in fact, one video frame contained 150 banded rudderfish. On the other hand, lesser amberjacks were the least aggregating species. Video also showed greater amberjack and almaco jack often schooling together.

Underwater video has become a widely used method to survey fish species around the world, and these researchers showed that it worked very well for sampling amberjacks in North Carolina. Today, managers are using information from these underwater cameras to make decisions that foster the sustainability of these important species.

Field work was carried out by the Southeast Fishery-Independent Survey and the South Carolina Department of Natural Resources, and funding was provided by the National Marine Fisheries Service.

« Is There a Profitable Market for Farm-Fresh Black Sea Bass?
Are Fish Noisier Today Than They Were 70 Years Ago? »