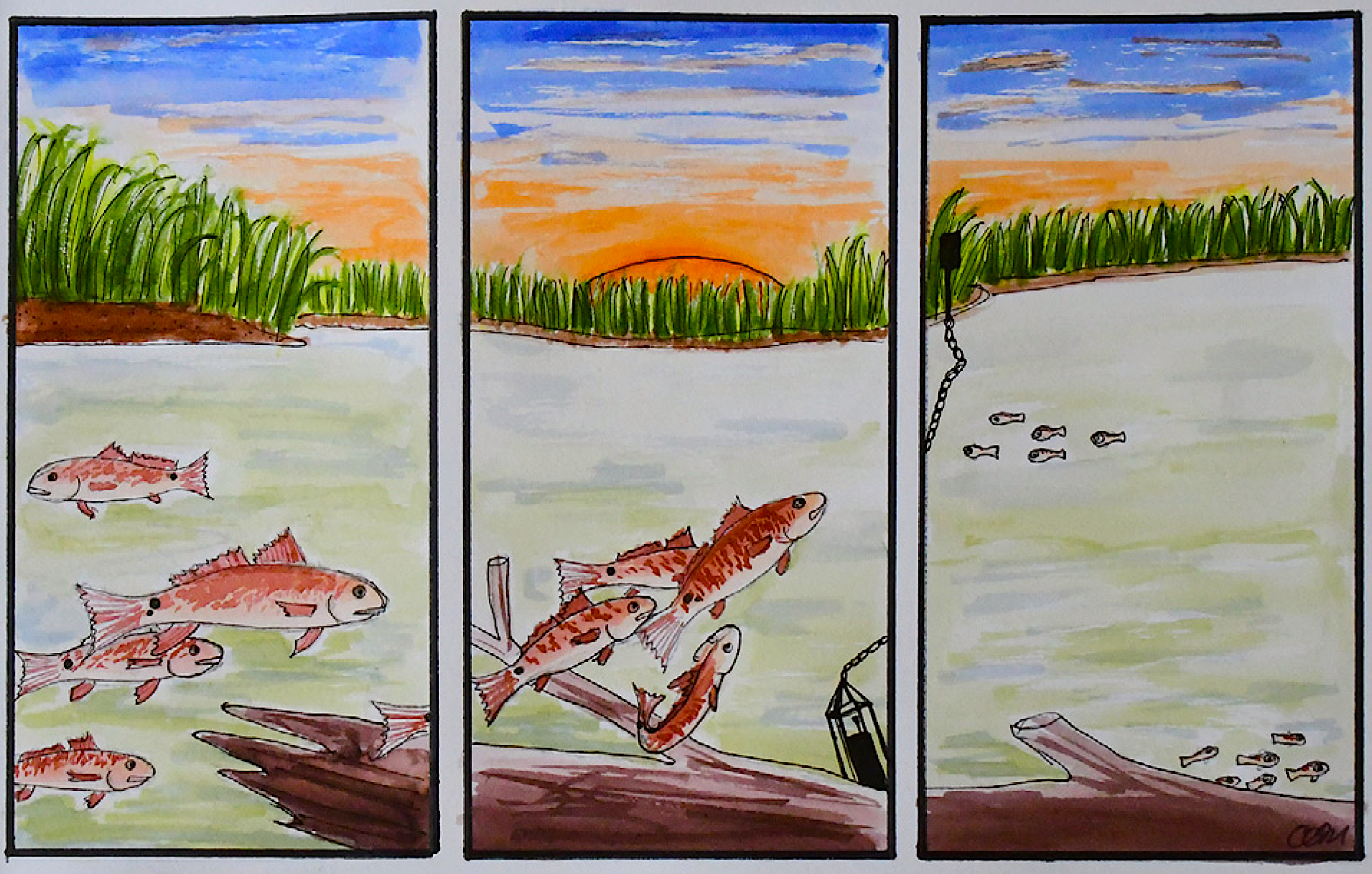 The calendar recently turned to fall, and with that comes cooler days and falling water temperatures in the coastal Carolinas. That also means it’s time for red drum — North Carolina’s state saltwater fish — to aggregate, spawn, and produce its next generation.

The family Sciaenidae includes red drum, black drum, silver perch, and spotted seatrout, among other fish. A defining characteristic of the drum family is the ability to create throbbing or croaking sounds by using special muscles to vibrate against the swim bladder. Each species makes a slightly different sound.

We’ve long known that these fish produce sounds that are associated with courtship behavior and spawning. In recordings, scientists can determine whether there are many fish “chorusing” — singing together — or individual fish “calling,” where one or more fish may be signaling to potential mates.

If you’ve ever caught and handled a fish from this family — including its other species like spots and croakers, for example — you have likely heard and felt the constant throbbing and drumming sounds and vibrations while holding them.

By listening to recordings of the different species’ calls and choruses, scientists have been able to identify approximately when and where specific spawning aggregations occur. But scientists have a poor understanding of whether fish mating sounds can predict the location, timing, and numbers of their offspring later in the year.

In the simplest terms, do louder and longer fish courtship sounds result in more spawning activity and thus more offspring? And importantly, how do environmental factors affect this? 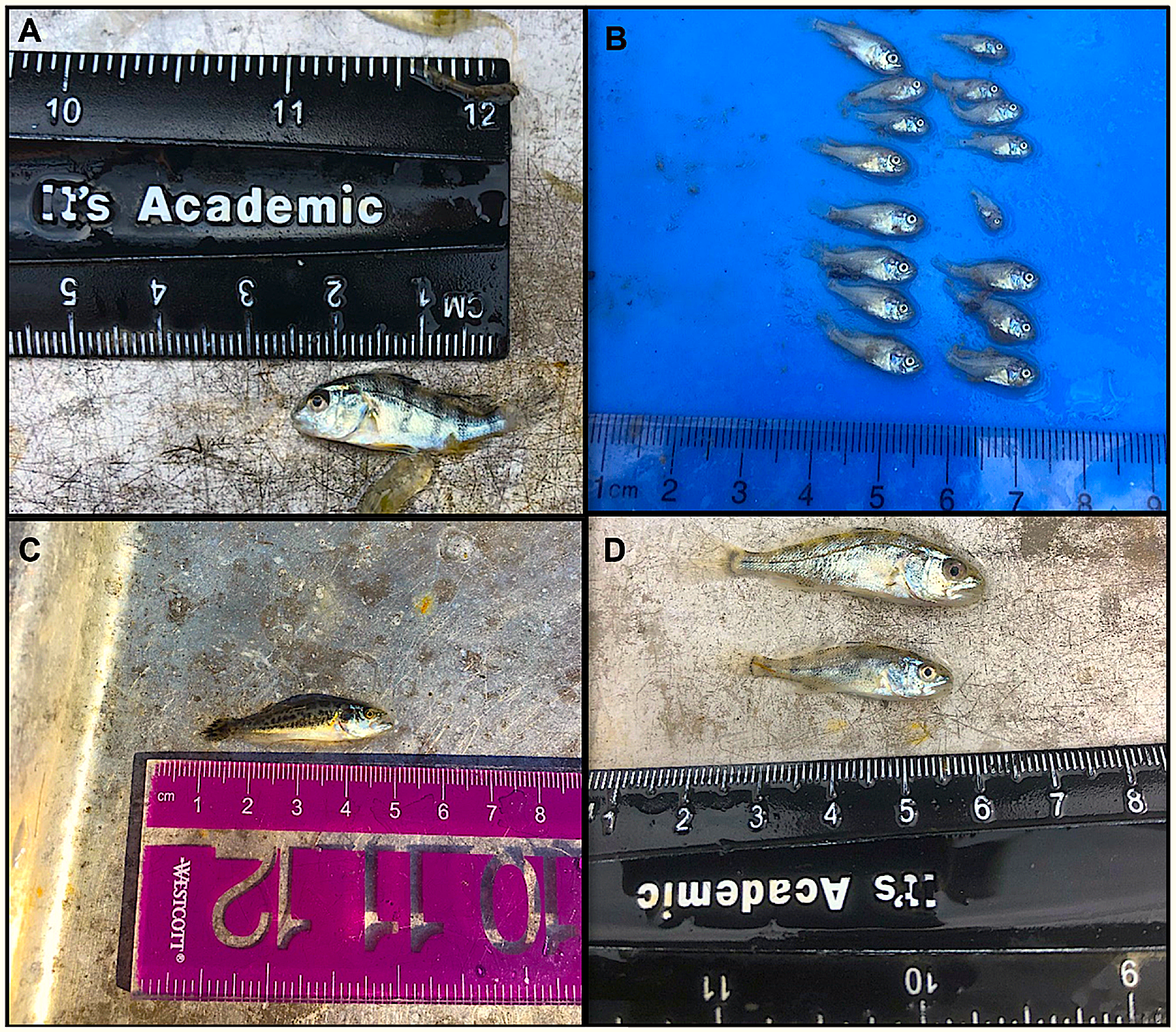 In the lab, the research team used the sound files to identify species, group them by sound intensity, and determine the timing and intensity of spawning activity for each species.

During the last three years of the study, the team used hand-operated nets (“haul seines”) to collect fish once per month at multiple locations near the sound recording stations.

Specifically, the timing, duration, and intensity of mating calls and choruses for silver perch, spotted seatrout, and red drum are strongly linked to the seasonal numbers of recently hatched fish.

Cooler temperatures during the late summer and fall led to similarly high levels of reproductive success for red drum, a fall-spawning fish.

It takes about 30 days for silver perch, spotted seatrout, and red drum to reach 0.5 to 1.2 inches, the size needed to be captured by the nets used.

Can I listen to these fish?

The researchers provide free access to a variety of sound recordings from the study here.

The study provides evidence that we can use passive acoustics to monitor the reproductive output of some of our most popular inshore sport fishes. Will the next generation of anglers add underwater microphones to their tackle box?

This work was supported by numerous grants including the Palmetto Bluff Conservancy, Research Initiative for Summer Engagement (RISE) grant from the University of South Carolina (USC), the USCB Sea Islands Institute, the Port Royal Sound Foundation, multiple USC ASPIRE internal awards and Magellan grants, an SC EPSCoR/IDeA Program award (#17-RE02), the Lowcountry Institute, the Spring Island Trust, the Community Foundation of the Lowcountry, the Town of Bluffton/Beaufort County, and the Coastal Discovery Museum. This work was also supported, in part, by the Southeast Coastal Ocean Observing Regional Association (SECOORA) with NOAA financial assistance awards (numbers NA16NOS0120028 and NA21NOS0120097).

« What Can Twitter Tell Us About Red Tides?
Do Contaminants Affect the Bluefish Population? »