Natural reefs — often referred to more inclusively as “hard bottom” — are important habitat for finfish, invertebrates, and other environmentally and economically important fauna. In fact, hard bottom is one of six types of habitat worthy of protection under the NC Coastal Habitat Protection Plan.

Natural reefs include anything from true coral reefs to patches of rock — in other words, something other than the ubiquitous sand and mud that covers most of the Atlantic Ocean seafloor.

If you’ve ever been bottom fishing offshore, you likely dropped your hooks over natural, hard-bottomed areas, or perhaps you’ve fished at an artificial reef, placed specifically to create additional habitat and provide other support for fisheries.

But did you ever stop and wonder how much of the ocean bottom off North Carolina and the Southeast is classified as natural reef and how much is artificial reef?

Previous estimates of hard bottom coverage in the Southeast’s waters are inconsistent and range from 3% to 30%. However, managers need accurate estimates to help with ocean planning (think Offshore Wind Farms) and natural resource management (think fisheries). 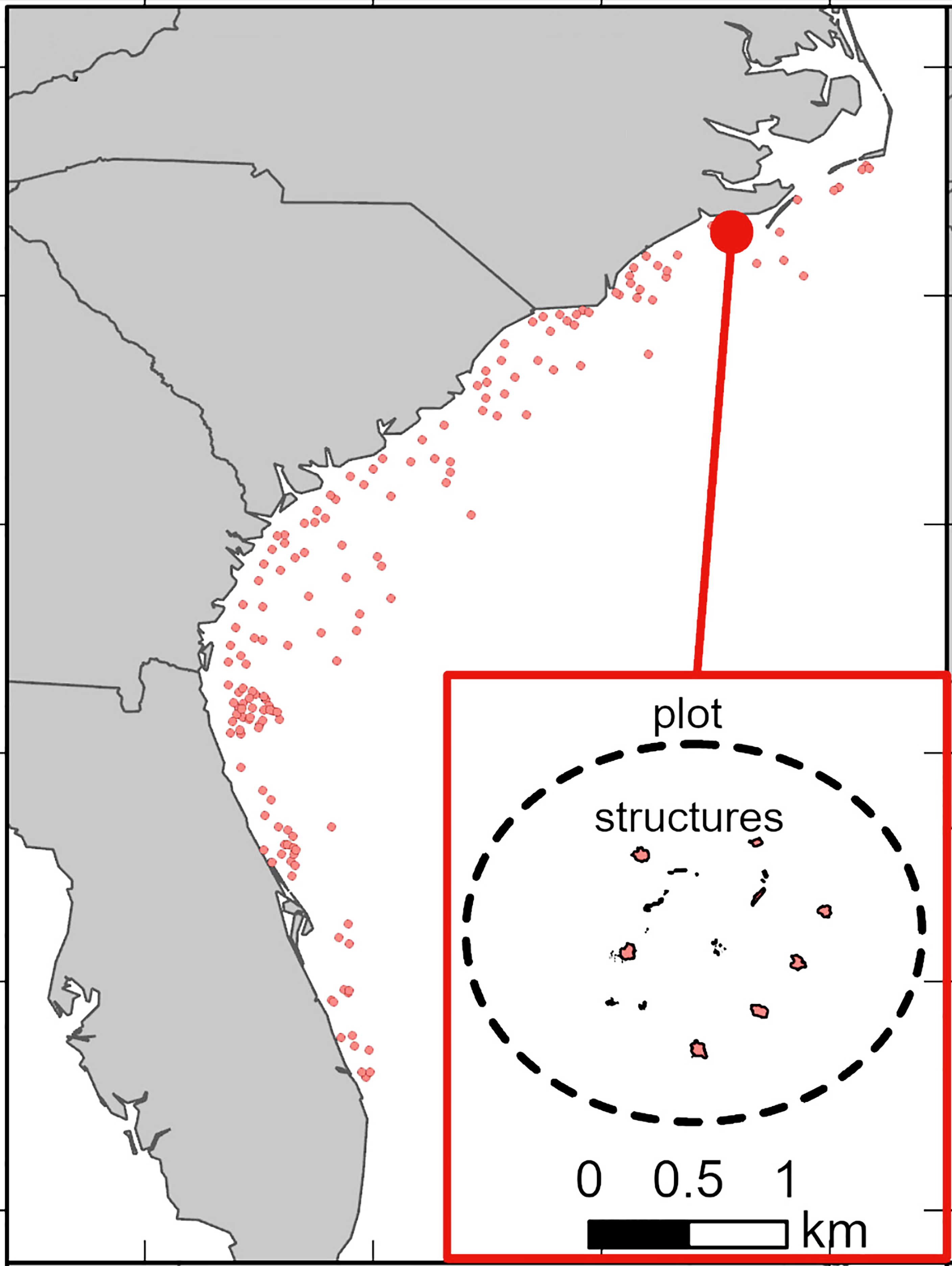 But is it possible to predict natural and artificial reef coverage accurately?

Determining the coverage of artificial reefs was a little more difficult, because North Carolina was the only state of the four in the study that kept detailed records of reef materials and used sonar imagery of each artificial reef as it sits on the bottom. This sonar imagery is critical for estimating the physical footprint of the reef. In fact, the team used the detailed North Carolina data to estimate the size of other states’ reef materials, because many of the reef materials were similar.

In North Carolina, the measured footprint of the artificial reef permit area was 105 times larger than the sonar-derived areas of artificial structures.

Artificial reef materials in the Southeast, from most to least common, are concrete pipe, medium-size metal ships and barges, trains and containers, small concrete modules, and long-lived metal vehicles.

Most artificial reefs offshore of the Southeast are in waters less than 200 feet deep.

The study is unique in that it provides a baseline estimate of artificial reef coverage and also provides support for an estimate of natural reef coverage closer to 3% (rather than previous higher estimates). Because resource managers, recreational fishers, and researchers all like to know about artificial and natural reefs, it’s important to understand how much reef habitat is offshore.

The NOAA National Centers for Coastal Ocean Science supported this synthesis. The lead author was supported by Duke University Rachel Carson Scholars Program and a co-author was partially supported by CSS-Inc. under NOAA/NCCOS Contract #EA133C17BA0062.

Lead photo: High-relief rocky reef. Credit: Dave Sybert. © 2022 Steward, Paxton, Bacheler, Schobernd, Mille, Renchen, Harrison, Byrum, Martore, Brinton, Riley, Taylor and Kellison. This is an open-access article distributed under the terms of the Creative Commons Attribution License (CC BY). The use, distribution, or reproduction in other forums is permitted, provided the original authors and the copyright owners are credited and that the original publication in Frontiers in Marine Science is cited, in accordance with accepted academic practice.