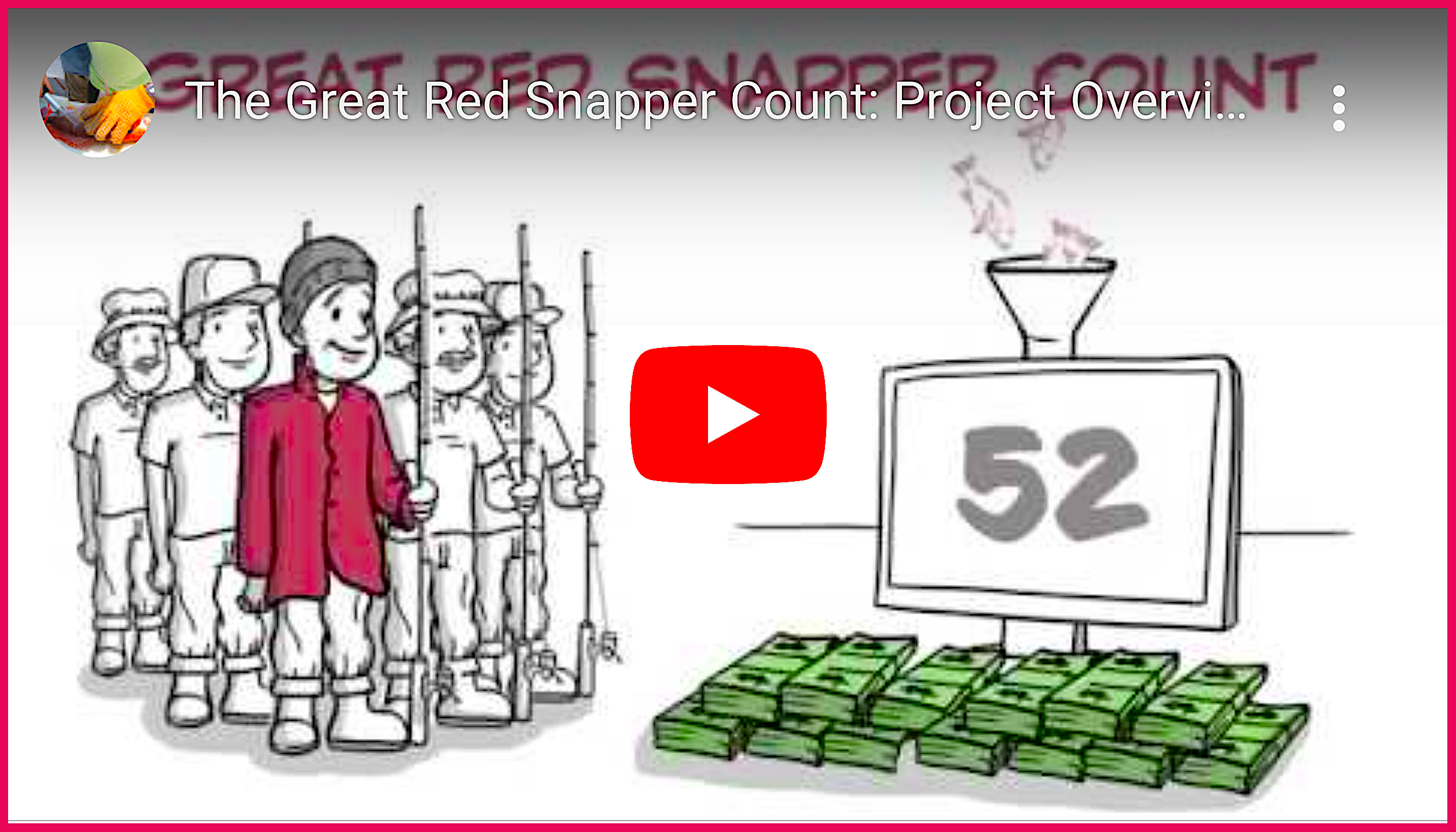 It’s impossible to actually count all the fish in an area, often leaving the results of population surveys up for debate. This is especially true for red snapper in the Gulf of Mexico. In response to requests for more data on the counts of red snapper population, researchers there set up an entirely new system of assessing the status of the species, which they called the “Great Red Snapper Count,” to get the best estimate of the abundance of red snapper in the Gulf and, as a result, allow as much access as possible to the fishery.

The researchers created an online survey and worked with a commercial firm to find appropriate stakeholders in the five Gulf states (Texas, Louisiana, Alabama, Mississippi, and Florida).

Their purpose was to better understand anglers who fish for red snapper, evaluate the anglers’ satisfaction with the current red snapper regulations, evaluate anglers’ knowledge of the Great Red Snapper Count, and see if there were benefits to certain types of informational videos related to the count.

The survey had three themes: general fishing style, general attitudes and beliefs toward reef fishes, and specific attitudes and beliefs about red snapper (including the Great Red Snapper Count). Survey takers watched an overview video (top), no video, or a video about one of the four specific research topics: habitat characterization (above), direct counts (below), fishing depletion experiments, or tag/recapture studies.

Another key finding was that awareness of the count was associated with up to three times higher satisfaction with overall fisheries management. Interestingly, anglers who watched the video on one of the four specific scientific elements of the count reported both higher scientific knowledge and higher management satisfaction than those who watched only a basic overview video or no video.

These results are consistent with other studies that have shown that videos can be effective in promoting management and conservation goals, especially if the video message is positive.

Angler satisfaction is complex and multidimensional and, therefore, difficult to measure. The Great Red Snapper Count was designed to reduce public dissatisfaction with the scientific methods used to assess the health of Gulf red snapper, and this study showed a secondary benefit of increasing satisfaction through providing additional scientific information about the count.

The researchers acknowledged that the recent increases in season lengths and high catch rates also might have contributed to some degree to higher satisfaction with the Gulf red snapper regulations.

While the overview video presented comprehensive information, anglers might desire both in-depth and understandable insights into scientific methods for fish counts. Future studies also could investigate angler satisfaction with population counts for other fish species, in other geographical locations, as well as whether instructional content affects that satisfaction.

This study was funded by Mississippi–Alabama Sea Grant Consortium as a post-award supplement to the Great Red Snapper Count.