How Would a Nuclear War Affect Our Climate and Oceans? 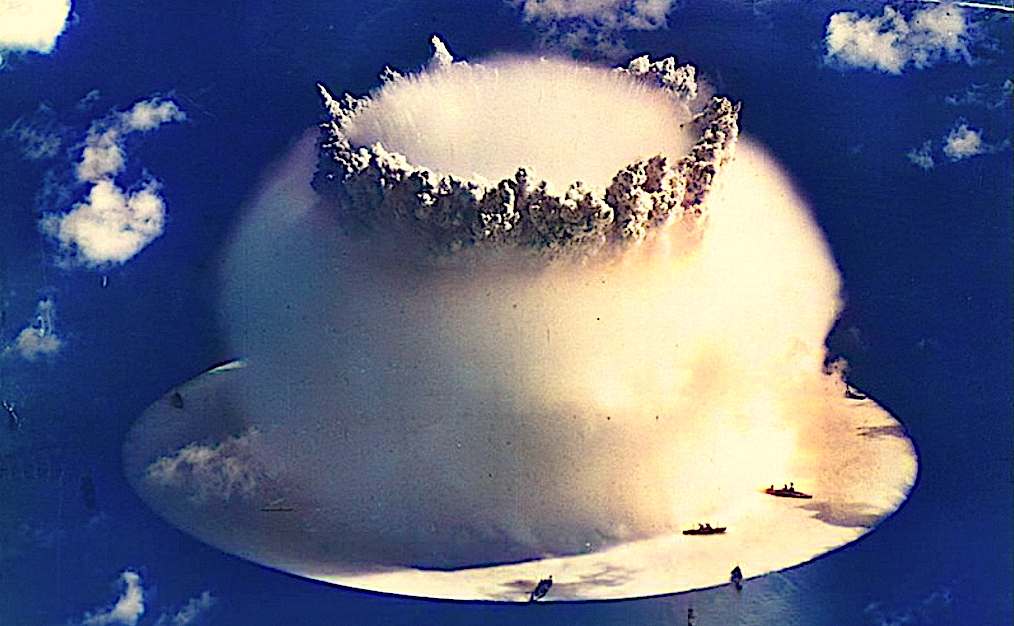 Scientists ran simulations on a variety of nuclear war scenarios — and some of the potential impacts would last thousands of years.

In the event of nuclear war, urban firestorms — which create and sustain their own wind systems — would loft soot into the upper troposphere and lower stratosphere. The resulting reduction of sunlight would lead to global cooling that could trigger changes in the ocean system. Impacts of the nuclear cooling event could include expansion of sea ice into populated coastal areas and affect marine life.

What other changes within the ocean ecosystem could global cooling events potentially cause?

Researchers investigated what would drive a new state in global marine productivity, including how long this new state would likely persist, comparing the impacts of a large-scale nuclear war to smaller events.

To understand the long-lasting effects of a nuclear war on the ocean environment, scientists simulated climate impacts of nuclear war in a large U.S.–Russia nuclear war and a smaller scale India–Pakistan regional war.

A new physical and biogeochemical ocean state would result from the impacts of various-sized nuclear wars. These impacts can include a decrease in nutrients at higher altitudes, as well as result in thicker Arctic sea ice.

Additionally, researchers found that phytoplankton production and community structure would suffer, due to changes in light, temperature, and nutrients.

In the largest U.S.–Russia nuclear war scenario, recovery of ocean temperatures would take decades at the surface and hundreds of years at greater depths. After 30-years, the deep ocean would still be cooling. In addition, changes to Arctic sea-ice likely would last thousands of years in a “Nuclear Little Ice Age.”

In contrast, productivity would increase in the tropics and subtropics with conditions suitable for broadscale seaweed production.

With lower ocean temperatures, growth rates of fish would slow. Global fish biomass would decline by approximately 20% over the first 10 years of a post U.S.–Russia war.

Not surprisingly, marine ecosystems would be highly disrupted by both the initial impact and long-term changes to the ocean, which would impact ecosystems and fisheries globally.

Funding for this study was provided by the Open Philanthropy Project. The data from the RAPID AMOC monitoring project was funded by the Natural Environment Research Council.

« Can We Really Protect the Piping Plover?
What if Fishing Tournaments Could Be Great Competitions and Helpful to Science? »