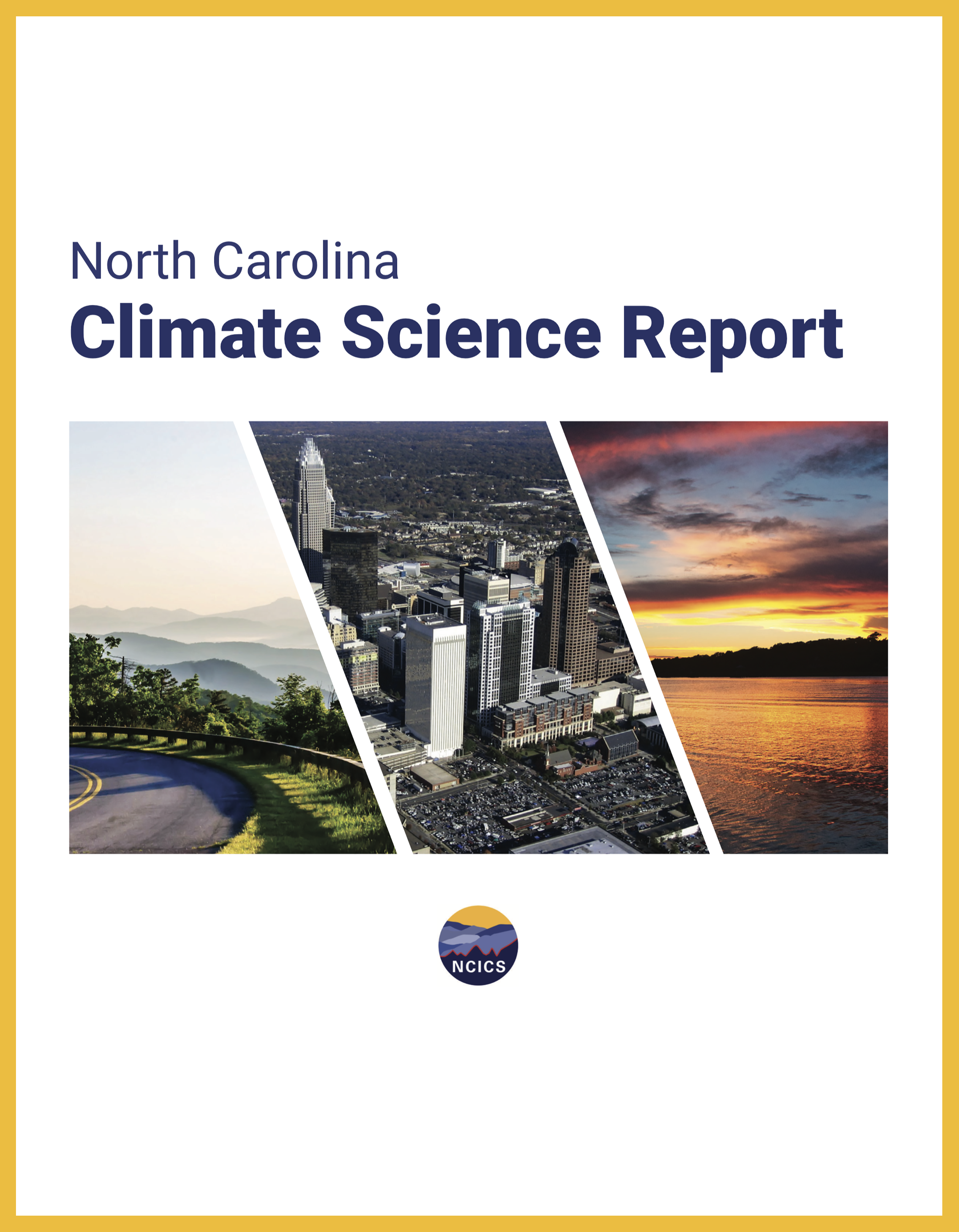 The report covers the entire state and organizes information into three regions: the Western Mountains, Piedmont and Coastal Plain. Information includes temperature and precipitation under increased greenhouse gas levels, as well as the impacts of urban heat islands and air pollution.

The report serves to inform readers of the past, present, and future of climate change and what steps are necessary for potential change. In particular, the report will inform responses to Governor Cooper’s Executive Order 80, North Carolina’s Commitment to Address Climate Change and Transition to a Clean Energy Economy, including the “N.C. Risk and Resilience Plan,” which the Department of Environmental Quality is developing. (For more on Executive Order 80 and the “N.C. Risk and Resilience Plan,” see “Carbon Sequestration and the Battle Against Climate Change“ in the Spring 2020 issue of Coastwatch.)

The Southeast Climate Adaptation Science Center’s Fourth National Climate Assessment Webinar Series will explore the impact of climate change on tribes and indigenous peoples. The session will be March 25 at noon.