Innovative Research Looks at Flooding and the Latinx Community 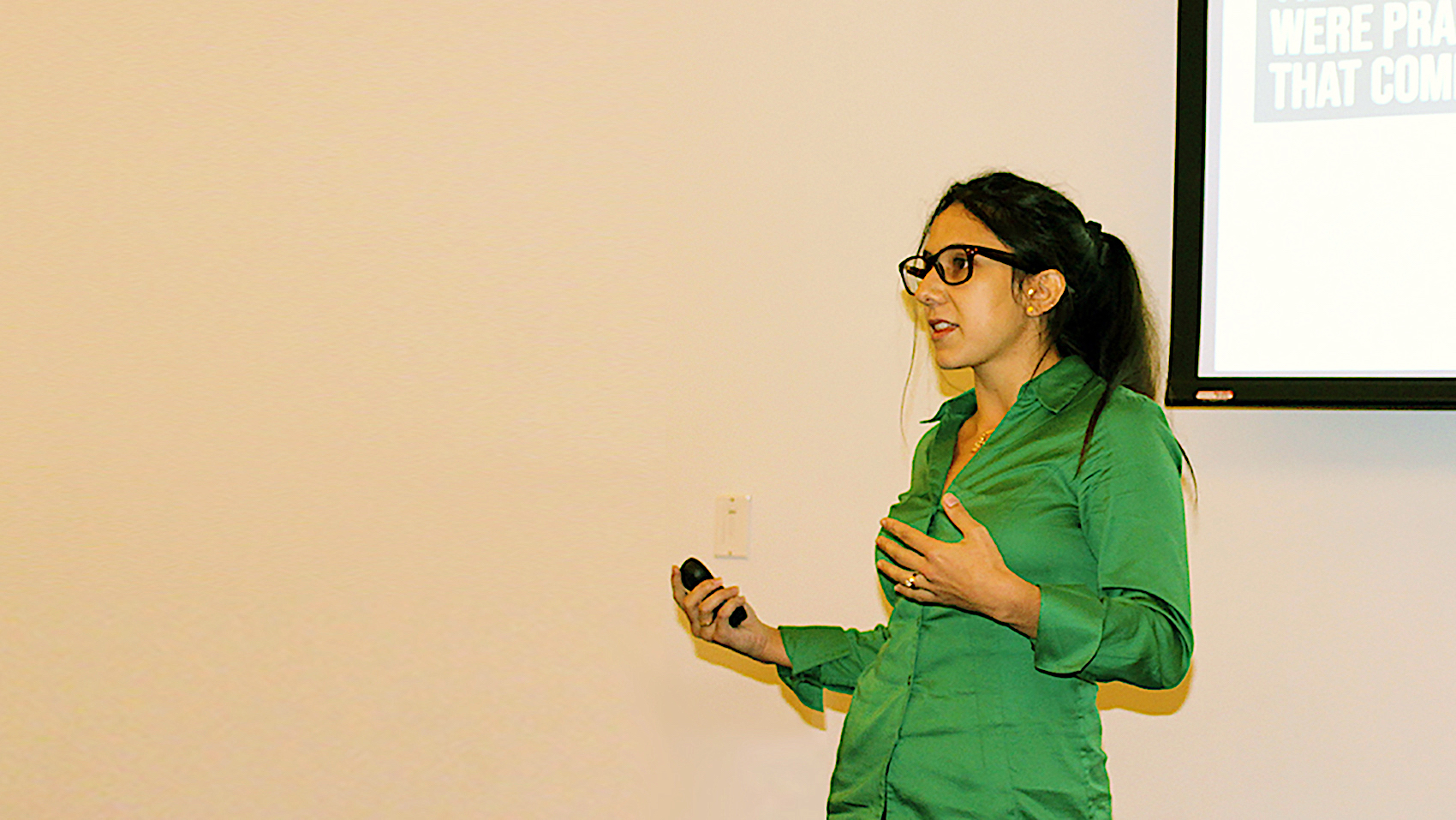 Olivia Vilá presents her work to the NC WRRI Advisory Committee in October 2019.

Before I begin, I would like to highlight two distinct points I hope to get across by the end of this post.

There should be no shame for a researcher in research not going as planned.

It is also my goal, despite my research being centered on disaster and natural hazards, to draw lessons across disciplines and research topics, especially among graduate students and emerging researchers and scholars.

The Winding Path of Research

My original research proposal was to help the Latinx community map their flooding concerns and community assets. I thought this could create a more accurate representation of flood risk for that population. Before going into the field, I recognized I needed to work with collaborators in the community who had already established trust with my population of interest, especially because I did not have time to genuinely build trust in that community myself.

Because of this need to collaborate with groups with established trust, I connected with El Centro Hispano at the University of North Carolina Wilmington. Together, the El Centro team and I discussed strategy, revised research materials, and coordinated bilingual volunteers who could help recruit and run the interactions with participants.

The results? My first day of a week of data collection arrived and no one except for the research volunteers showed up. I was devastated. My initial reactions were: “I selected a terrible venue for participants to meet me,” and “I should have done more outreach and promotion.” Still, my gut was telling me something different – that no matter what venue I picked or how much outreach I did, nobody would show up.

In these circumstances, I chose to draw upon citizen science literature I was reading at the time. This literature continuously emphasized that, for research to reflect the needs of a community, you need to involve that community in the research process. So, instead of sticking with my original plan, which I had developed in isolation and using  academic literature I was reading at the time, I decided to go back to the drawing board. This time, however, I devised a research plan in collaboration with the community. In other words, I integrated citizens into the scientific process.

I spent the next several months immersing myself in the community and having conversations with stakeholders who knew the research population much better than I did. I also went to community meetings to learn about the population of interest and got to know the socio-political landscape of the study area. Through this iterative and collaborative process, the research design evolved in a way that was aligned with the community needs and context, while still adhering to the broad goals I had set forth in the original research proposal. 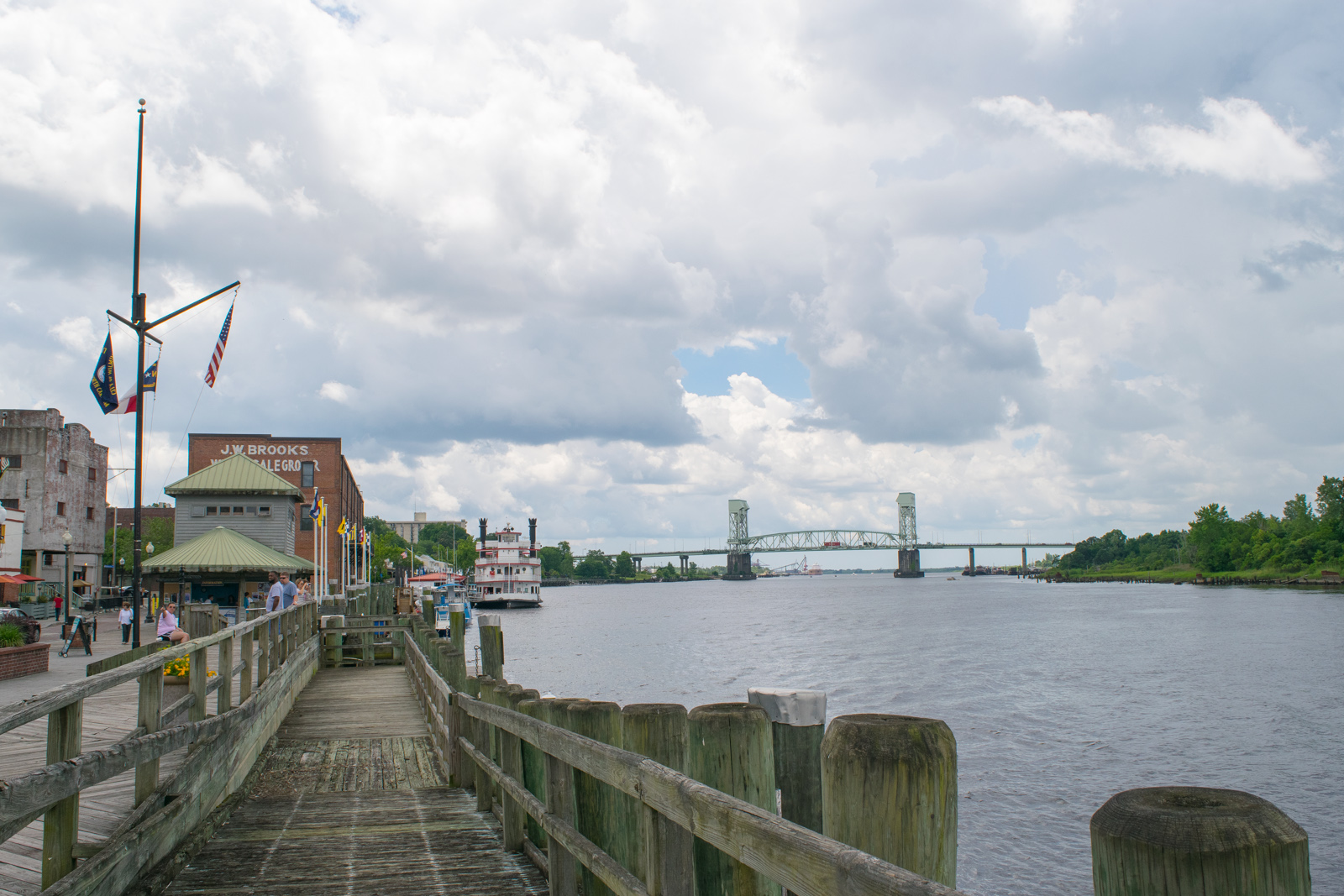 The Cape Fear River flows by the waterfront and city center of Wilmington, where Vilá conducted her research. Courtesy of NCDOT/CC-BY-2.0

My research shifted in a couple of meaningful ways. First, my research population changed from the Latinx community in Wilmington to the individuals and organizations who work with the Latinx community in Wilmington. This was because, as I came to find out, there are deep issues of fear and distrust of outsiders. Those were barriers that I couldn’t overcome in the short time frame of a small grant cycle.

The second way that my research shifted was that, instead of creating community-relevant maps of flood risk for that physically identified areas that were important to the Latinx community – where they lived, worked and enjoyed recreation – I’m creating network maps of the different individuals and organizations who can help the Latinx community better prepare for, respond to, and recover from flooding events.

My original intention with maps was inspired by environmental justice work – maps and data help members to mobilize and advocate for themselves against inequities and injustices. However, what I wasn’t considering was that the population I was hoping to help by mapping their spaces didn’t want to be mapped. In fact, the population I hoped to help feared interactions with government and political processes. By mapping the networks of individuals and organizations in Wilmington who help the Latinx community instead, I still adhered to my broader research goal of helping the Latinx community build resilience against flooding and other disasters and crises.

So, while the new research design was more feasible to accomplish in the community and more relevant for the community, was it still useful for my research goals and needs as a doctoral student? Was my dissertation completely sidetracked because my original plan didn’t work? On the contrary, the results that began to emerge in the data unexpectedly illuminated the thread, the theoretical framework, that was going to tie the three projects I was working on into a cohesive body of work and ultimately help define my identity as a scholar.

Through my engagement with individuals and organizations involved in disaster response, recovery, and hazard mitigation, I began to realize something: There are different levels of recognition of the Latinx community in Wilmington. Those variations in recognition seem related to the extent to which the organization or community leaders could, or would, effectively serve the Latinx community in Wilmington. In other words, inequity in distribution seemed to be, at least in part, related to the recognition of marginalized populations. 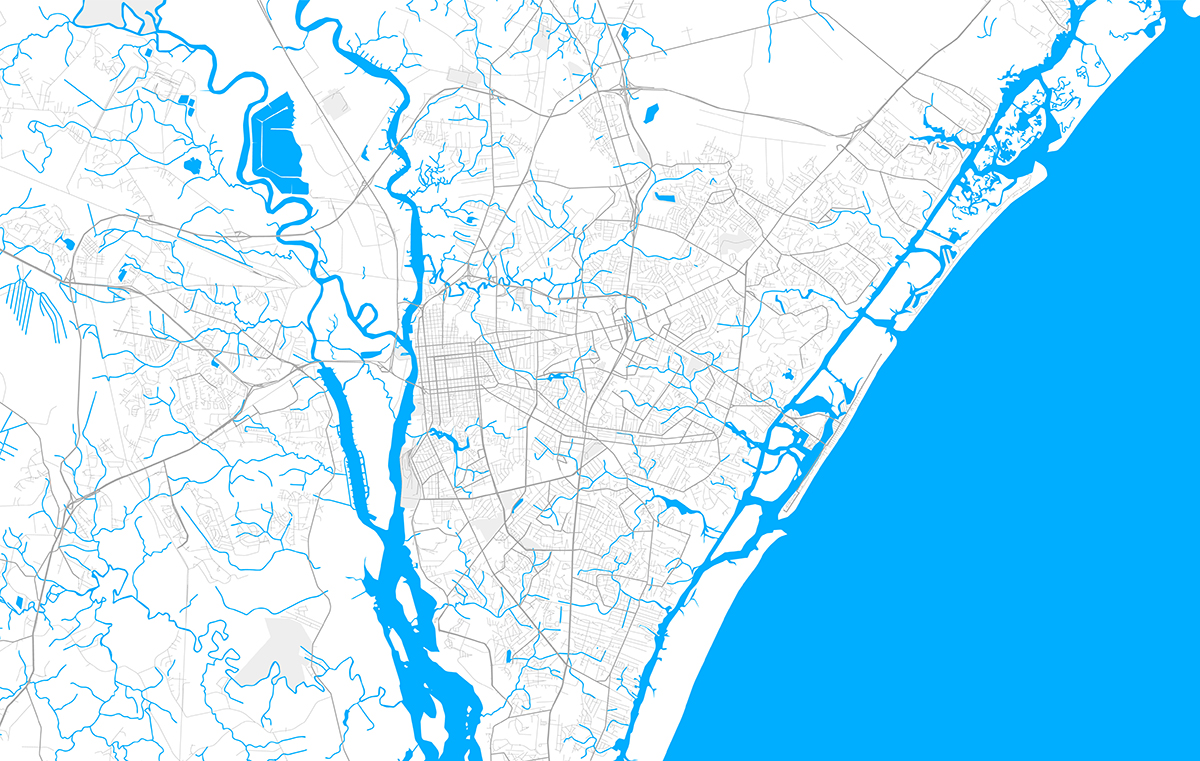 A vector map of the greater Wilmington area, the center of Vilá’s research

What Is Environmental Justice?

The findings emerging in my research seem to be consistent with the environmental justice literature. In particular, I have found that recognition may be an important component for equitably serving marginalized communities. This is especially exciting for me as an academic, because recognition is currently one of the least understood components of environmental justice.

I believe that once my final analysis is complete the results will not only be relevant for decision- and policy-making processes associated with flooding, natural hazards, or disasters, but also for any process that results in the distribution and allocation of risks and resources, such as water risks and resources.

I’ve always been told that research never goes exactly as planned. Previously, I assumed that meant something along the lines of “your sample wasn’t as large or diverse as you were hoping” or “your research instrument wasn’t quite as refined as it should have been.” Or, perhaps, “you should have pilot tested” or maybe “the results in your study were different from what you were anticipating.” Over the past year, I learned that research can take completely unexpected directions and forms than what were originally hoped for or planned.

As a disaster social scientist, I know the importance of being flexible and innovative when crises strike – in this case, my research not going as planned felt like a graduate school crisis!

Reflecting on my own experiences, I realize that when I started my research project, I had misrecognized the study population I was trying to research, which ultimately led to research methods that were not effective for that population. By using strategies I had learned from the citizen science literature, I was able to include in the scientific process individuals who had a better understanding of that community. As a result, I gained insight that helped partially resolve my misrecognition and led to more culturally appropriate and relevant research methods, which I hope will ultimately yield greater research impacts.