Leaching Plastic and the Lungs of the Planet: The Impact of Pollution on Prochlorococcus

The smallest known photosynthetic organism accounts for 20% of the oxygen in our biosphere — but are plastic pollutants hindering this cyanobacterium’s ability to breathe for our planet? 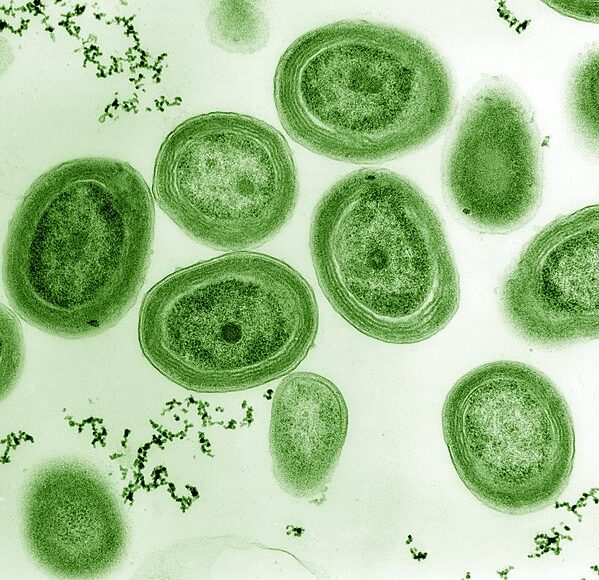 Our oceans produce 50% to 80% of the Earth’s oxygen — generating even more O2 than our rainforests, according to NOAA. Through photosynthesis, in fact, one kind of oceanic cyanobacteria, Prochlorococcus, produces as much as 20% of our biosphere’s oxygen.

“I have always felt that photosynthesis is the most important process on Earth and is totally underappreciated,” says Penny Chisholm, a biologist at the Massachusetts Institute of Technology. “In some areas of the oceans, Prochlorococcus does half the photosynthesis — feeding the food web.”

In fact, as a phototroph — an organism that creates nutrients for itself from light — Prochlorococcus is at the base of many food webs in marine ecosystems. It’s the smallest known photosynthetic organism on the planet and so abundant that a single cup of ocean water can contain 100 million of these microbes.

After Chisholm became one of the first researchers to work with Prochlorococcus, she quickly fell in love with the microbe. She decided to spend her career studying the cyanobacteria, as well as writing children’s books about the vital processes of these “micro-lungs.”

And Chisholm isn’t the only marine scientist with an eye on these incredible oxygen producers — especially with ocean pollution on the rise.

Leaching Into our Oceans

With annual plastic dumping in oceans continuing to climb, scientists like Sasha G. Tetu are eager to understand how plastic leachates — the parts of plastic and chemicals used to make plastic that leach into the water — may affect Prochlorococcus.

Tetu, a molecular biologist at Macquarie University in Australia, headed research that investigated changes in Prochlorococcus population, physiology, and genetics from exposure to plastic leachates.

“Being able to look at this data all together is what allowed us to put together a convincing story regarding how plastic leachates affect these organisms,” she says. “My hope is that our work will help promote the message that many microorganisms play key roles in ecosystem processes and that they need to be considered to understand the full extent to which environmental challenges, such as plastic pollution, may affect our planet.”

Lisa Moore, a microbial ecologist and Prochlorococcus expert at the University of Southern Maine, helped to provide those strains. Moore says Prochlorococcus is quite sensitive to changing conditions, more so than other phototrophs.

“It takes a lot of time and effort, generally months, before they can be reliably maintained in a culture,” Moore explains. “They also are more challenging to transport around the world, as they often don’t survive the changing conditions that inevitably occur during transport.” 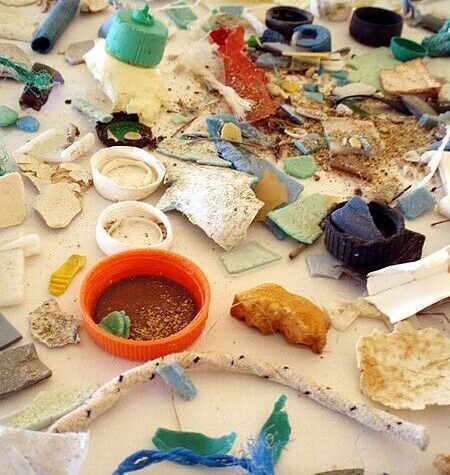 Plastics that find their way into the ocean experience leaching, a dissolving of the material’s components, including chemicals that are harmful to the environment. Image courtesy of the NOAA Marine Debris Program.

Their study looked at how the two Prochlorococcus strains reacted in controlled environments to different plastic leachates common in plastic bags and PVC matting. The scientists exposed the strains to varying concentrations of the leachate and observed growth, photosynthetic output, and genetic changes.

Because photosynthesis generates oxygen, these results suggest that plastic in our oceans decreases oxygen production.

“Having different responses to an anthropogenic [human-made] pollutant, such as the chemical substances that can leach from plastic debris in the oceans, could cause changes in the kinds of Prochlorococcus,” says Moore, “and possibly other phototrophs that might be present in some marine waters.”

Chisholm says the relationship of Prochlorococcus to other organisms warrants more study.

“We have just begun to study their relationships with the heterotrophic bacteria that they coexist with,” she says. “There is a lot of give and take. It’s a really exciting area in microbial oceanography.”

According to Moore, Tetu and her team next will look at plastic leachates in a natural environment. Doing so will enable the researchers to learn more about how other organisms react to the changes affecting Prochlorococcus, in turn helping the team to understand how decreased oxygen production caused by exposure to plastic leachates could affect a whole ecosystem.

Chisholm says we don’t yet have enough data to understand fully how pollution will affect Prochlorococcus, but, she adds, studies like Tetu’s bring us one step closer.

Allison Fisk is earning her master’s degree at NC State University in Technical Communication. She is also a science communicator with North Carolina Sea Grant.