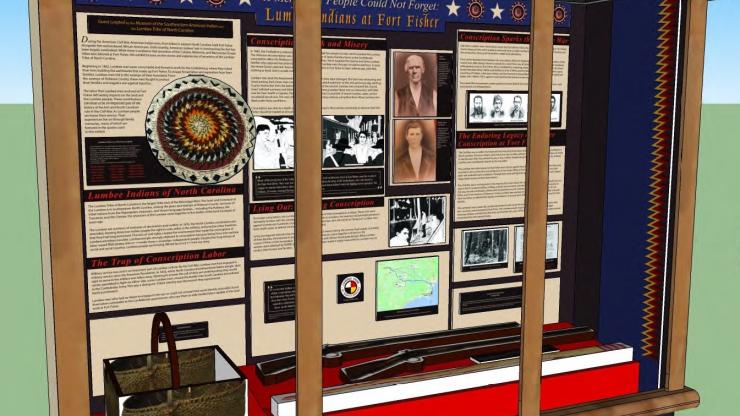 Guest curated by the Museum of the Southeastern American Indian and the Lumbee Tribe of North Carolina, the Civil War exhibit conveys the vital role played by Lumbee Indians in building the fort’s massive earthworks alongside free and enslaved African Americans. Faced with the reality of conscription and brutal working conditions, the Lumbee Indians endured seemingly endless labor demands in building what came to be known as the Gibraltar of the South.

This new exhibit uses text, maps, photographs, and diagrams to show the grim price paid by individuals who were transported more than a hundred miles from home to construct the colossal Confederate fortress.

The site is part of the Division of State Historic Sites in the N.C. Department of Natural and Cultural Resources (NCDNCR), the state agency with a vision to be the leader in using the state’s natural and cultural resources to build the social, cultural, educational and economic future of North Carolina.