Do Water Snakes Get Thirsty?

A research team enters swampy terrain to hand-capture snakes and measure the reptiles’ sensitivity to dehydration. 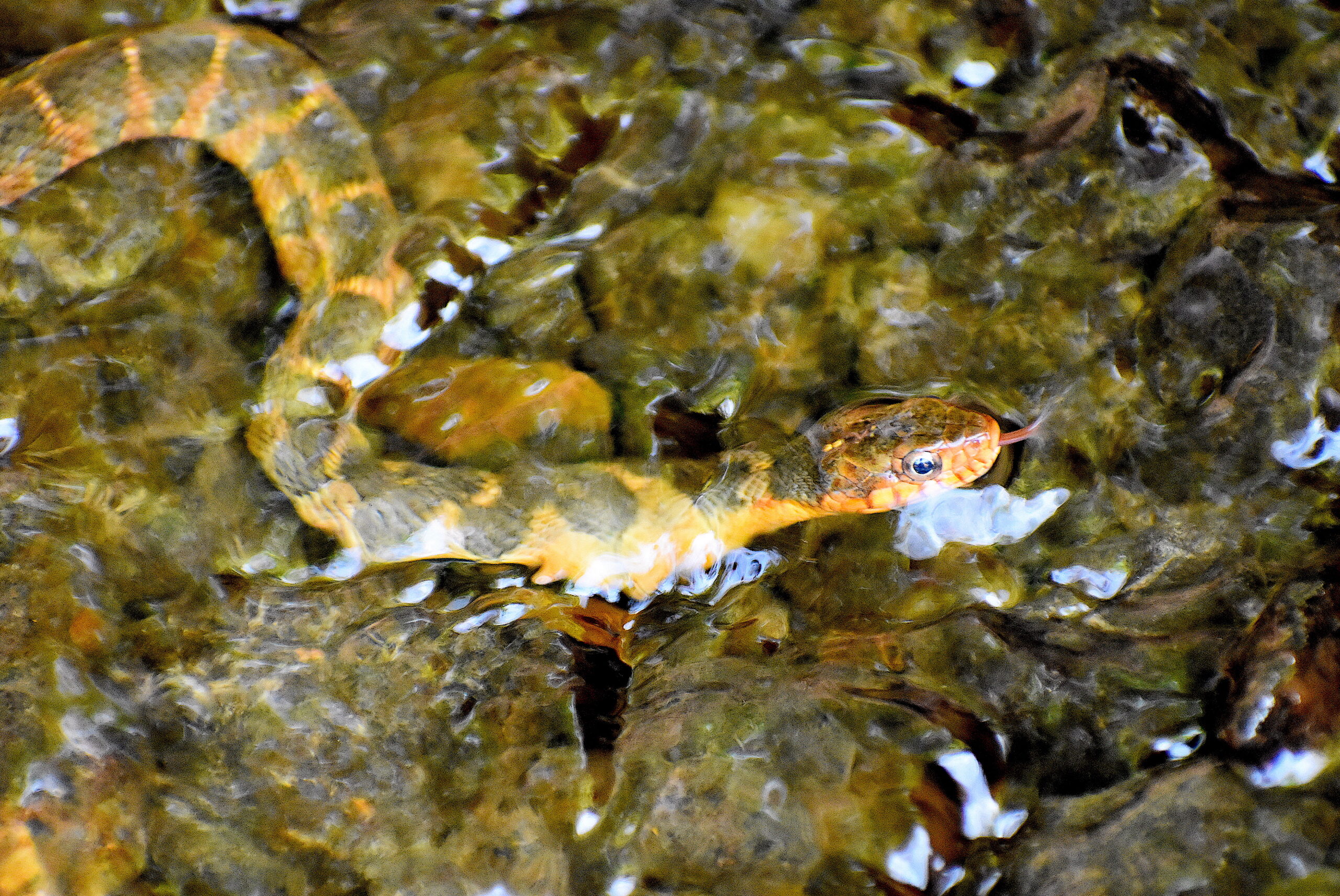 Anyone who has spent a Saturday on a boat knows the importance of drinking water and staying hydrated when it’s warm out. Humans, in fact, can live without food much longer than we can live without water. But does this general rule apply to other animals, like reptiles, some of which live in freshwater?

Both the banded and brown water snakes are freshwater amphibious species that live throughout North Carolina. These snakes utilize various sources of water in the environment to remain hydrated and keep their electrolytes balanced. After a meal, they take in more water, which suggests that feeding increases their thirst.

Under what conditions do water snakes change their drinking and feeding behavior?

Researchers hand-captured live specimens of banded and brown water snakes from creeks and swampy habitats in Alachua County, Florida. They maintained each snake in a cage, and, during a one-hour period each day, they provided access to a pool of tap water and food, which included live feeding fish. The research team then observed the feeding behavior of the snakes and continuously weighed each one to measure any evidence of the effects of dehydration.

All snakes drank freshwater when they experienced relatively small amounts of dehydration. Snakes that had access to food but not water readily ate while dehydrated, but stopped eating during prolonged dehydration.

Overall, both freshwater and semi-marine species of water snakes are more sensitive to dehydration than other species of snakes.

According to the research team, by documenting the relationship between freshwater availability and feeding behavior in water snakes, it might be possible to better understand how these snakes and similar animals evolved.