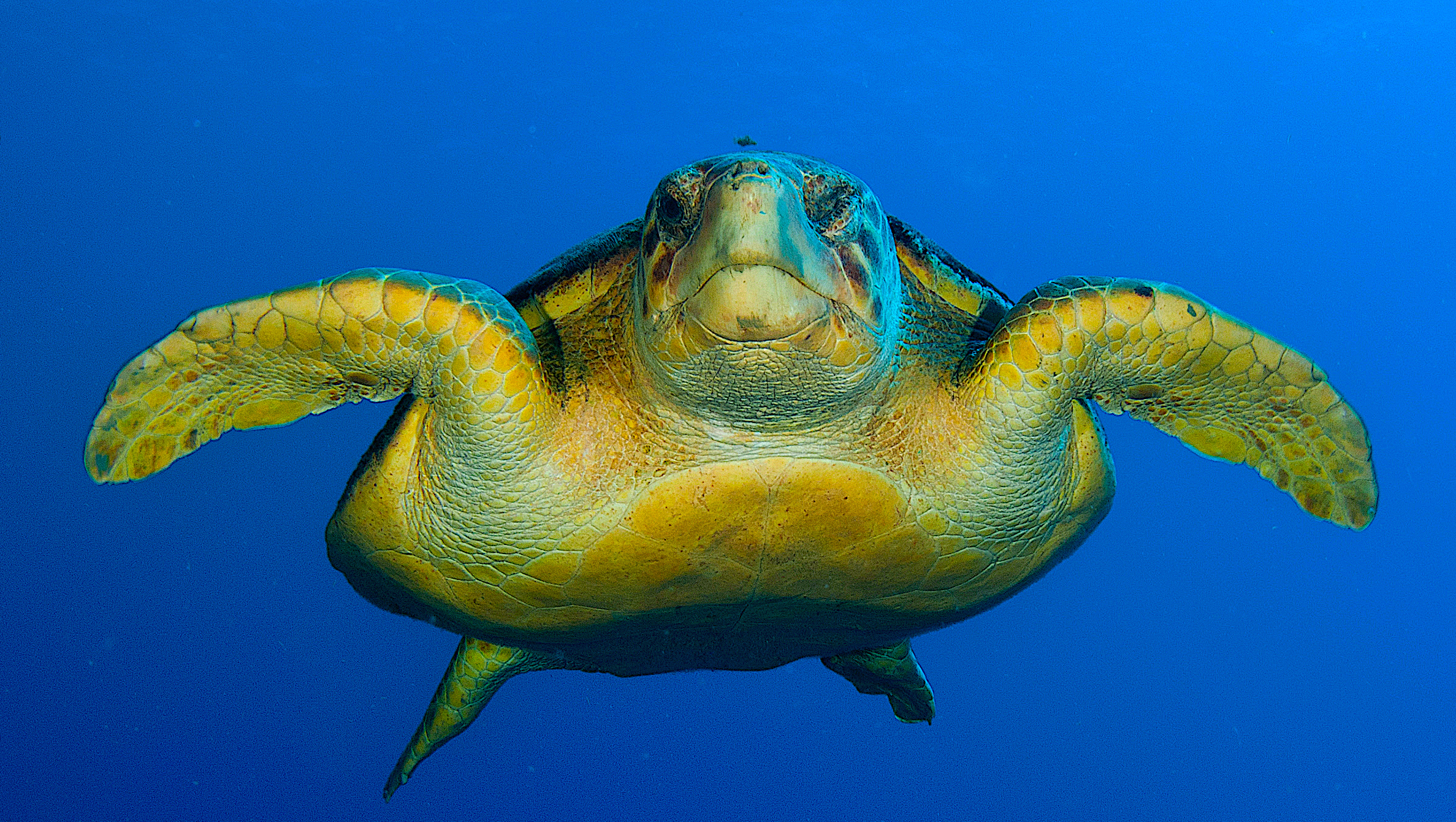 Not only do these turtles dive longer and change locations, but their new behaviors linger after the storms have passed.

Although we know hurricanes also can cause fish to leave nearshore estuaries and coastal ocean environments for deeper water, we have few examples of sea turtle behaviors during large storm events.

All loggerhead sea turtle populations are among the endangered or threatened species protected under the Endangered Species Act, and while interactions with fisheries are the biggest threat to loggerheads, degradation of nesting habitats and changes in the environment also affect these populations.

A decade ago, NOAA Fisheries scientists and partners placed satellite tags on 26 loggerhead sea turtles from southern Massachusetts to Cape Hatteras. As Hurricane Irene moved through the region two months afterward, the research team could examine whether the satellite-tagged turtles changed their dive behaviors and patterns of movement. The tags also recorded oceanographic conditions.

Of the 26 turtles, 18 were in the eye of Hurricane Irene. During the storm, all but three of the turtles moved northward, presumably traveling with the surface currents to conserve energy. The few turtles that remained in their foraging area during the storm dove for longer durations — sometimes over an hour, or more than twice the loggerheads’ typical dives.

After the storm, all the turtles that had moved north during the hurricane moved back south. Ten stopped at the foraging area they had occupied before the storm, while the others kept on going — one nearly 84 miles. Southward migration is normal for loggerhead sea turtles, but the timing here was much earlier than normal seasonal movement.

We don’t know precisely why the loggerhead turtles reacted to the hurricane as they did. Was it the sound from increased winds, shifts in barometric pressure, altered currents, other factors, or some combination of variables?

However, this research clearly did demonstrate that sea turtle movements and their dive behaviors both change during an extreme weather event. As the East Coast experiences rising intensity in ecosystem disturbances, including hurricanes, effective management will become more difficult if and when animals become displaced.

related: how hurricanes cause gray triggerfish to evacuate

« In Full Bloom
Do Water Snakes Get Thirsty? »