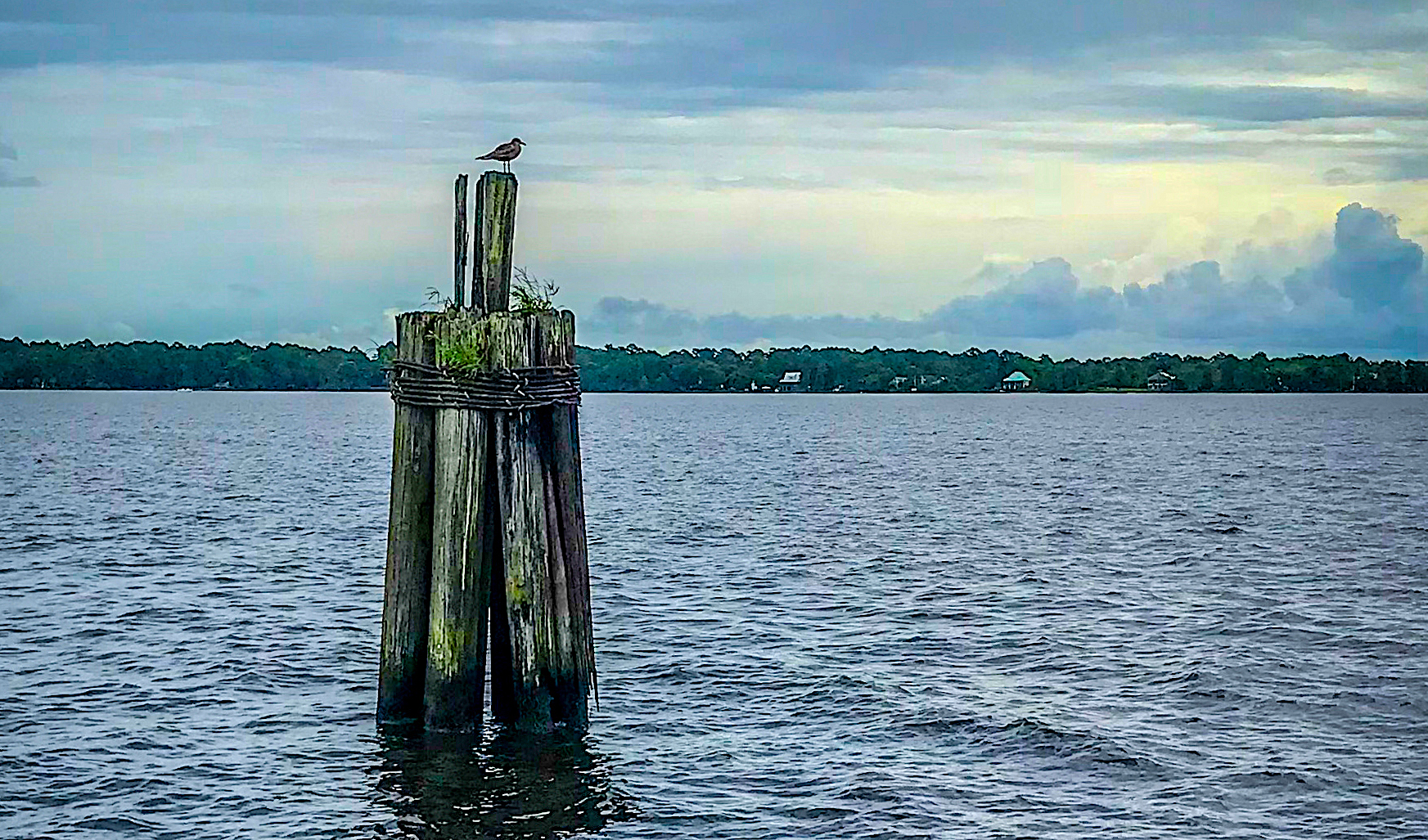 BY ALEXEY KATIN AND DANIEL OBENOUR

Since 2018, Daniel Obenour, an environmental engineer at NC State, has been collaborating with Hans Paerl and Nathan Hall of the UNC-CH Institute of Marine Sciences, on a North Carolina Sea Grant project to monitor and forecast levels of dissolved oxygen in the Neuse River estuary. Modelling such predictions is important because “hypoxia” — when dissolved oxygen levels fall too low — can lead to ecosystem stresses, including fish kills. Overall, the team’s summer forecasts have performed well when compared with subsequent monitoring results.

Alexey Katin, postdoctoral researcher at NC State, also plays a key role for the project. Here, Katin and Obenour provide a look at what this summer has in store for the Neuse River estuary.

The 2022 summer hypoxia forecast for the Neuse River estuary calls for dissolved oxygen concentrations slightly below the long-term average and below the “hypoxia threshold.” Oxygen levels below this threshold often are associated with fish kills.

The forecast is based on a Bayesian biogeochemical model that predicts bottom dissolved oxygen concentrations from July through August for three segments of the estuary from New Bern to Oriental. We forecast average bottom dissolved oxygen concentrations of 1.6 mg/L, 1.5 mg/L, and 1.9 mg/L for the upper, middle, and lower segments of the NRE respectively — each below the hypoxia threshold of 2.0 mg/L. (See Figure 1.)

This forecast is based on two major factors. First, from November to April the Neuse River’s discharge of water was only a half of the historical mean for these months. Second, the summer Neuse discharge is expected to be 20% lower than the historical average due to lower spring water gage heights at Falls Lake and reduced streamflows from April to May. With respect to dissolved oxygen levels, these winter and spring flows will somewhat compensate for each other, but overall, we expect slightly below-average oxygen conditions.

The forecasted values are estimates based on the data available at the end of May. The actual midsummer observed oxygen levels may deviate from the forecast due to unexpected conditions caused by extreme events, like hurricanes and droughts, as well as the timing of data collection. We’ve included these considerations in the wide predictive interval (the orange bar in Figure 1). 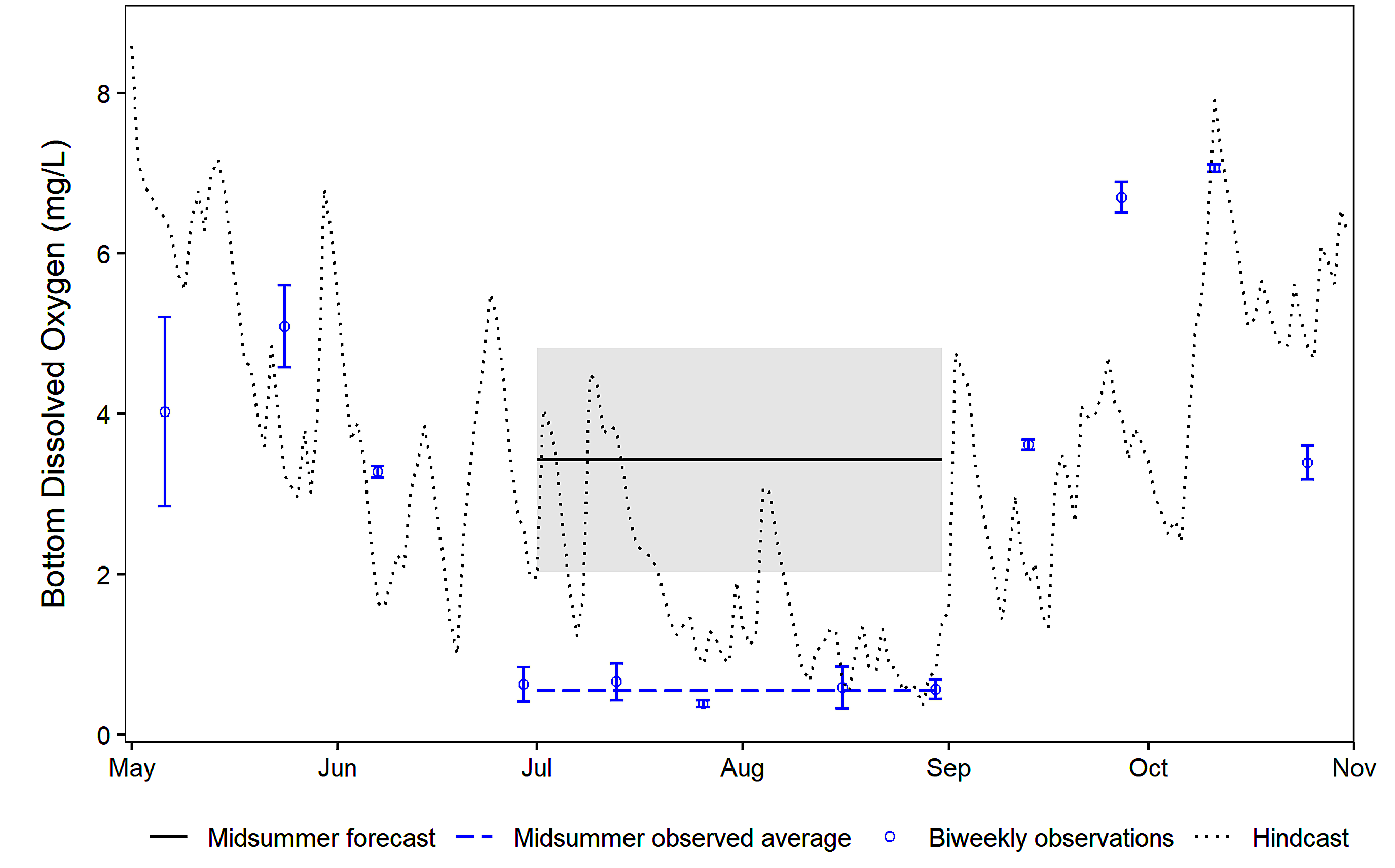 Figure 2: Forecasted, observed, and hindcasted dissolved oxygen for the Neuse River estuary’s middle segment in 2021. The gray band represents the 90% forecast interval, and the blue error bars represent the range of observed values. Observed values are from the ModMon program. The hindcast simulation was developed in 2022, using observed model inputs (for example, flows and winds).

Last year’s hypoxia forecast overpredicted average oxygen conditions within the estuary. (In Figure 2, note the gray line above the dashed blue line). This discrepancy resulted from a sudden ten-fold increase in river discharge after the forecast was released, due to major rainfalls that included remnants of tropical storm Claudette. Figure 3 shows this sharp increase in river flow above 25-year norms in early June at a USGS gaging site near Fort Barnwell. 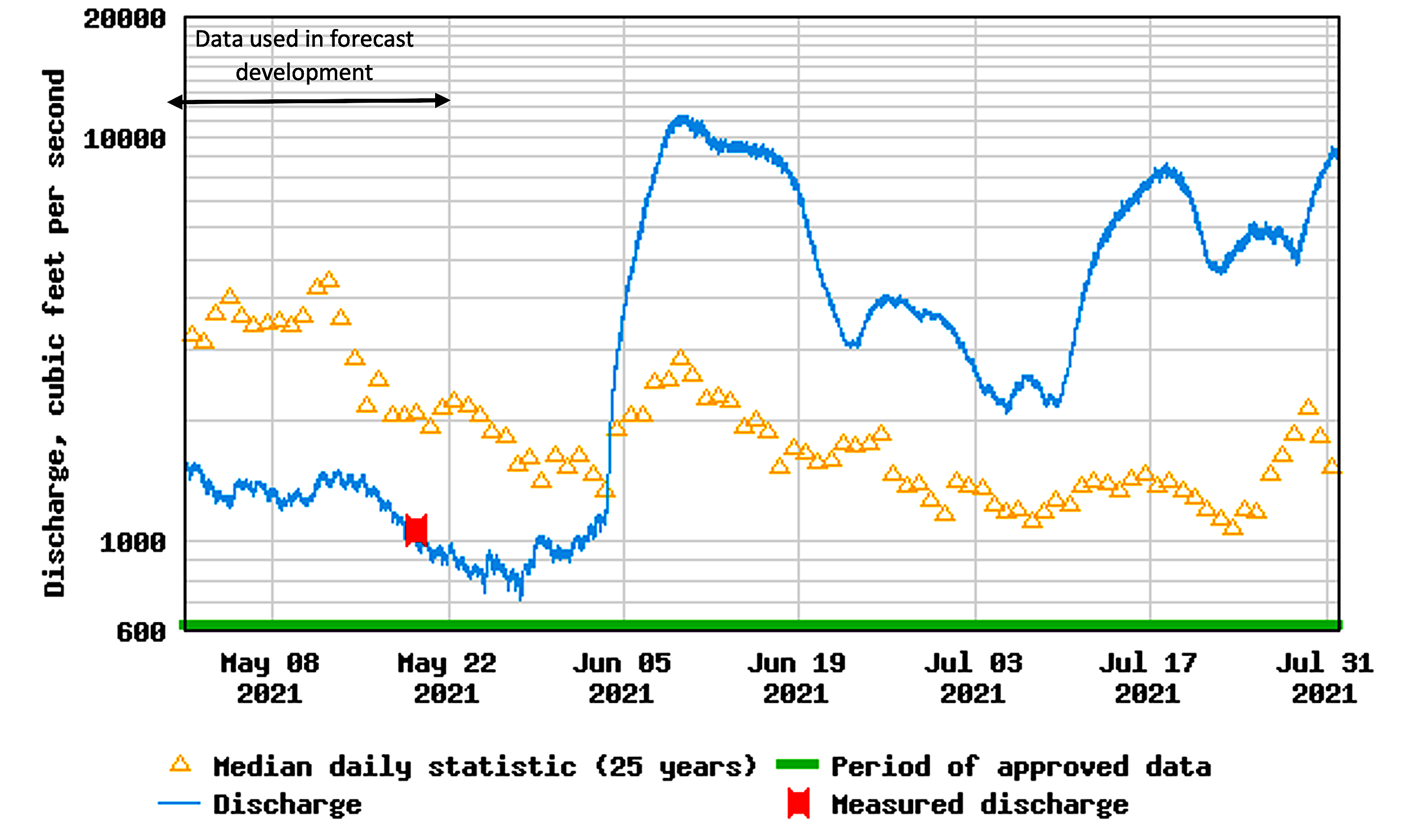 Figure 3: 2021 USGS flow measurements at Fort Barnwell. Flows were low in May and unexpectedly increased in June, after the forecast was developed.

These results from 2021 indicate the need for improved river forecasting and/or updating the hypoxia forecast over the summer. That said, last summer’s hypoxia forecast suggested less likelihood of fish kills, and, in fact, neither the North Carolina Department of Environmental Quality nor ModMon crew reported any fish kills then.