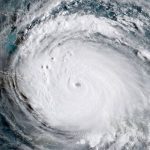 Interpreting Irma: What Do All Those Watches and Warnings Mean?

Jessica Whitehead reviews some of the terms used to describe hazards North Carolina might encounter as Hurricane Irma approaches the state over the next few days.

What does hazards adaptation mean, anyway?

I hate to admit that one of the reactions I get when I hand out my business card is the raised eyebrow, and I’ve realized it’s because “hazards adaptation” isn’t out there in common public vocabulary yet. So let’s break it down: Hazards. Adaptation.

My first experience communicating about coastal hazards to the public was as a child in 1989, relaying reports from the Weather Channel over the phone to my neighborhood friends in Charleston, SC who remained home during Hurricane Hugo but lost power.