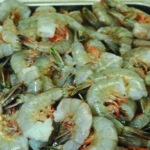 How Prevalent Is Seafood Fraud?

Even though federal agencies and the seafood industry are cracking down on fraudsters, it’s never a bad idea to educate yourself about the origins of your seafood.

When forming their perceptions about complex environmental issues, children seem to reach conclusions like scientists. 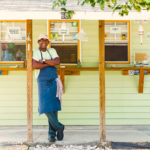 Ricky Moore has gained local and national acclaim for his use of North Carolina seafood and traditional recipes — but with modern twists.

Nitrate levels in wetlands fluctuate throughout the day, according to a new study from researchers at NC State. The findings have implications for how to measure and account for nitrate, which can originate from fertilizers and sometimes act as a pollutant.