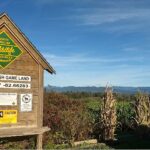 New research shows how visitors to wildlife management areas — including hunters, anglers, and boaters — make significant contributions to the local and statewide economy. 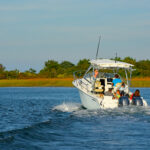 Can Boating Cause Carbon Monoxide Poisoning?

Danger is in the air — and you can’t see or smell it. 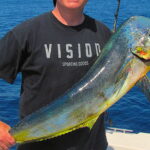 Where Do Dolphinfish Roam?

As part of the world’s largest fish tagging program, anglers up and down the East Coast have played a key role in tracking the species’ movements — and you can help, too. 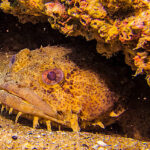 Are Fish Noisier Today Than They Were 70 Years Ago?

Using a new acoustic recording device, a research team captured the underwater soundscape and compared it to recordings that the U.S. Navy made decades ago.

Is There a Profitable Market for Farm-Fresh Black Sea Bass?

Thanks to aquaculture breakthroughs from a team at UNCW, this seafood favorite could reach more consumers. 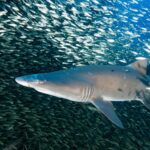 As Shark Week wraps up, it’s the perfect time to consider how social media can serve as a conservation management tool when it comes to misunderstood wildlife. 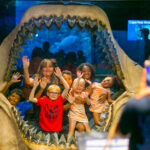 How Big Was the Megalodon Shark?

New research suggests the extinct species could have been nearly 60 feet long. With Shark Week having begun Sunday on the Discovery Channel, what better time to revisit this popular post relating to the megalodon…

Continue reading “How Big Was the Megalodon Shark?” 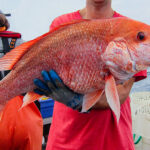 A recent study from NC State scientists and their colleagues reveals which fish are more likely to approach bait. 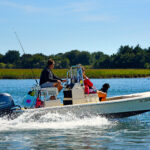