Research and News for Anglers

HOW DO HURRICANES AFFECT FISH POPULATIONS ON THE N.C. COAST?

The 2022 Atlantic hurricane season officially will end on November 30. Hurricanes, of course, are a fact of life for many coastal communities in the Southeast. And with global ocean temperatures on the rise, scientists forecast more powerful and frequent hurricanes than in years past.

Knowing how different fish species respond to extreme weather is important for future management, policy, and conservation considerations. But how can we find out if and how hurricanes affect fish populations?

Consider two sources: first, data that state agencies collect for this purpose, and second, reports in the news media, which often include a mixture of public opinion and fact.

Most experts consider long-term datasets — for example, a trawl survey conducted at the same location and month, year after year — to be the most useful and least biased tool for this purpose. A collection of different surveys will capture all or most important species through time to showcase population trends, but this data is complex and not always available to the public in timely fashion.

On the other hand, the news media will write about hurricane impacts, but these articles can focus on popular and economically important species — not necessarily the species that might exhibit the most change. This is important if the species the media neglects to cover are important to the health of the ecosystem.

Given that information from fisheries surveys and the news media both contribute to the formation of policies, it’s important to understand if and when there might be a disconnect between the two when we consider impacts from hurricanes. 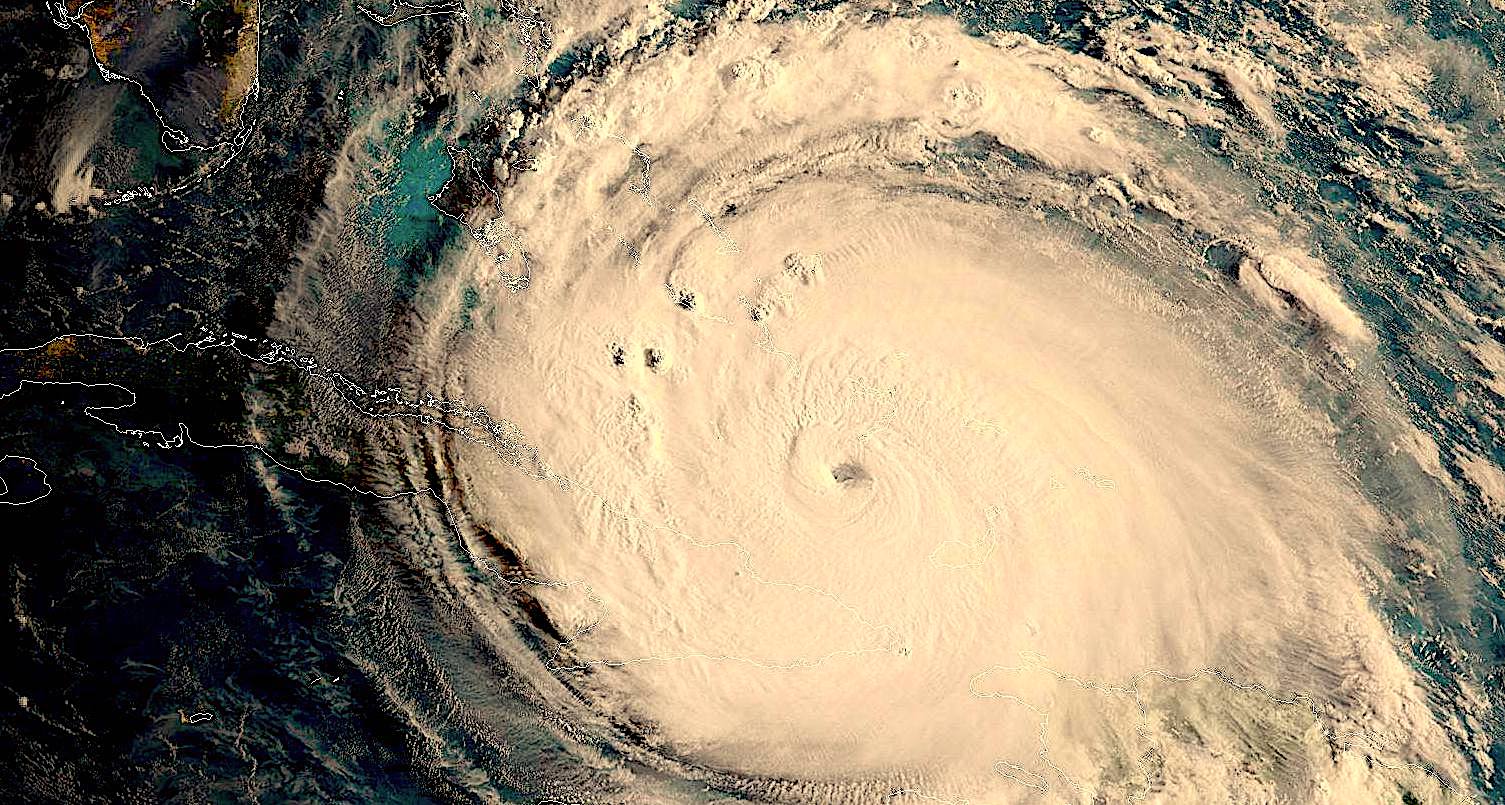 When identifying fish species most sensitive to hurricanes and storms, the news media only paints a partial picture. Credit: NOAA/NASA.

Scientists selected three study locations, one in North Carolina and two others also in the Southeast, that hurricanes frequently impact and that also have complete records of data. In our state, the North Carolina Division of Marine Fisheries provided the researchers with survey data from the Albemarle-Pamlico Estuary from 2004 to 2016.

The scientists looked at the top 10 species by the number of media mentions and each species’ percent change in population, according to the fisheries data.

The research team gathered information on 166 species in North Carolina over the 13-year study period. During this time, North Carolina experienced five hurricanes and four tropical storms — the most of any study site.

Only one species made the top 10 list for both media mentions and the amount of change in the fisheries data: Spanish mackerel.

According to the data, most of the biological changes observed were in less economically valuable or less popular species. Species with the most percent change in population (from most to least change) were Spanish mackerel, smooth dogfish, cownose ray, horseshoe crab, common carp, longnose gar, spot, white catfish, weakfish and bowfin.

However, species with the most media mentions (from most to least) were Spanish mackerel, flounder, drum, king mackerel, shrimp, mahi-mahi, snapper, mullet, and wahoo.

The study’s authors suggest that there is a potential for research and policy biases related to hurricane impacts given the focus of news media attention on popular species over less glamorous — but highly impacted — species. This suggests that managers and researchers could improve hurricane preparedness and mitigation by focusing on the data, and not on news coverage, when identifying species most sensitive to hurricanes and storms. 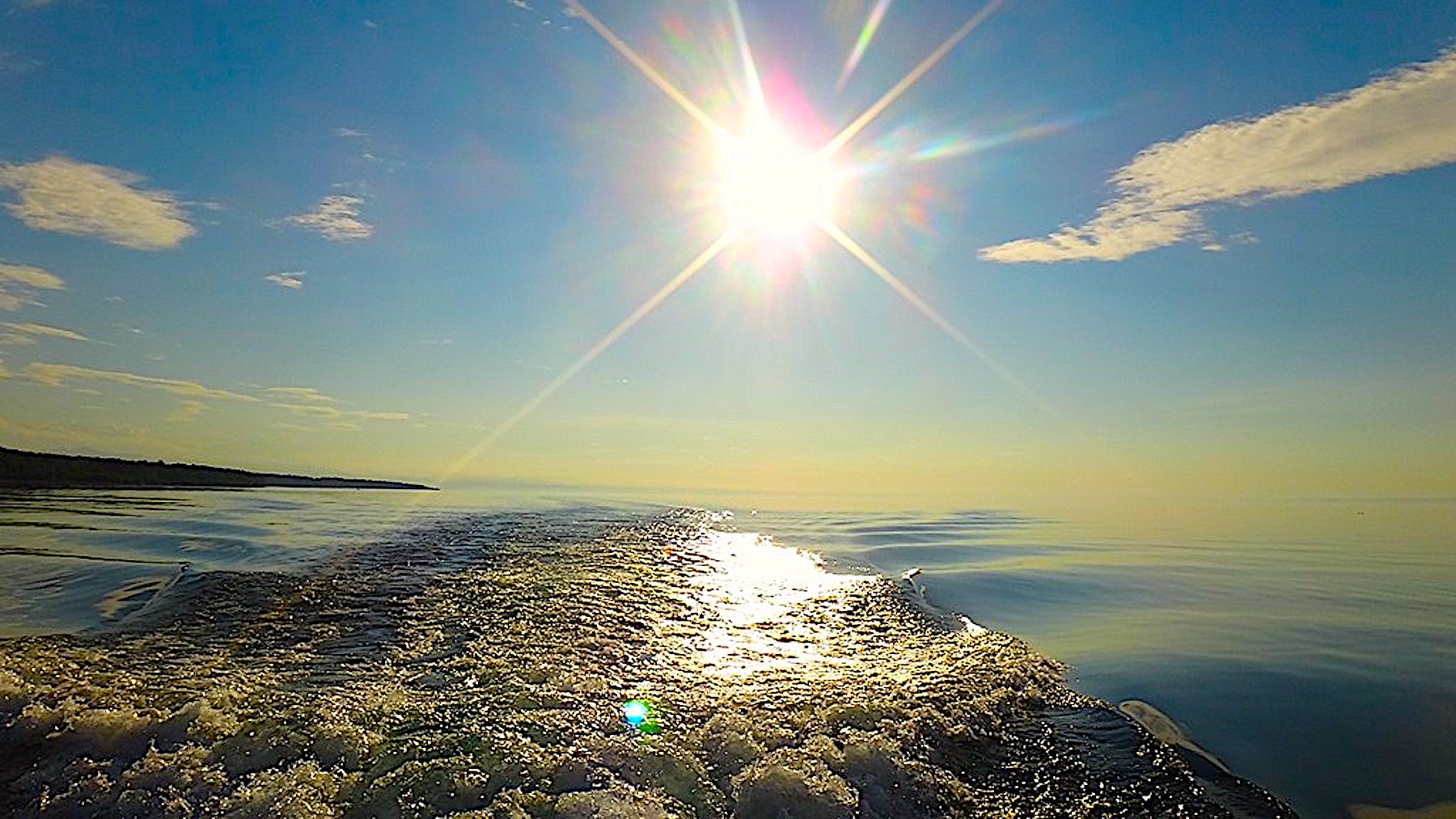 Cobia , snapper, and tuna embryos have a fascinating way of avoiding  harmful rays.

Aquatic organisms employ a variety of different mechanisms to reduce the harmful effects of UVR exposure. The embryos of fish floating in or near surface ocean waters once were thought to have little to no control over their mobility, though, leaving them at high risk for damage associated with UVR. In fact, recent findings on mahi-mahi — a species that lives and spawns in surface waters — found that UVR did indeed affect the species’ embryos.

But is UVR affecting the embryos of similar species of fish who share the same spawning behaviors? If so, how?

Researchers investigated the potential role of embryos’ control over their ability to float (“buoyancy control”) for three species of marine fish that spawn on open waters: cobia, red snapper, and yellowfin tuna. The team used red snapper and cobia embryos from The University of Miami Experimental Hatchery and yellowfin tuna embryos from the InterAmerican Tropical Tuna Commission’s Achotines Laboratory

The embryos of all three species increased their body density to create “negative buoyancy” — in other words, to sink — after they faced UVR exposure.

The team also determined that buoyancy changes due to UVR exposure are not unique to the embryos of fish who spawn in the upper levels of the ocean. Previous research, for instance, found that UVR affected many other species, including dab, plaice, the common sardine, anchoveta, mahi-mahi, and two species of marine cod.

These findings suggest that fish embryos could be considerably deeper in the water column than scientists previously thought — and the study supports the idea of the universal utility of buoyancy control as a way some fish embryos can avoid UVR and other environmental stressors.

WHERE CAN ANGLERS FIND BLUE MARLIN? 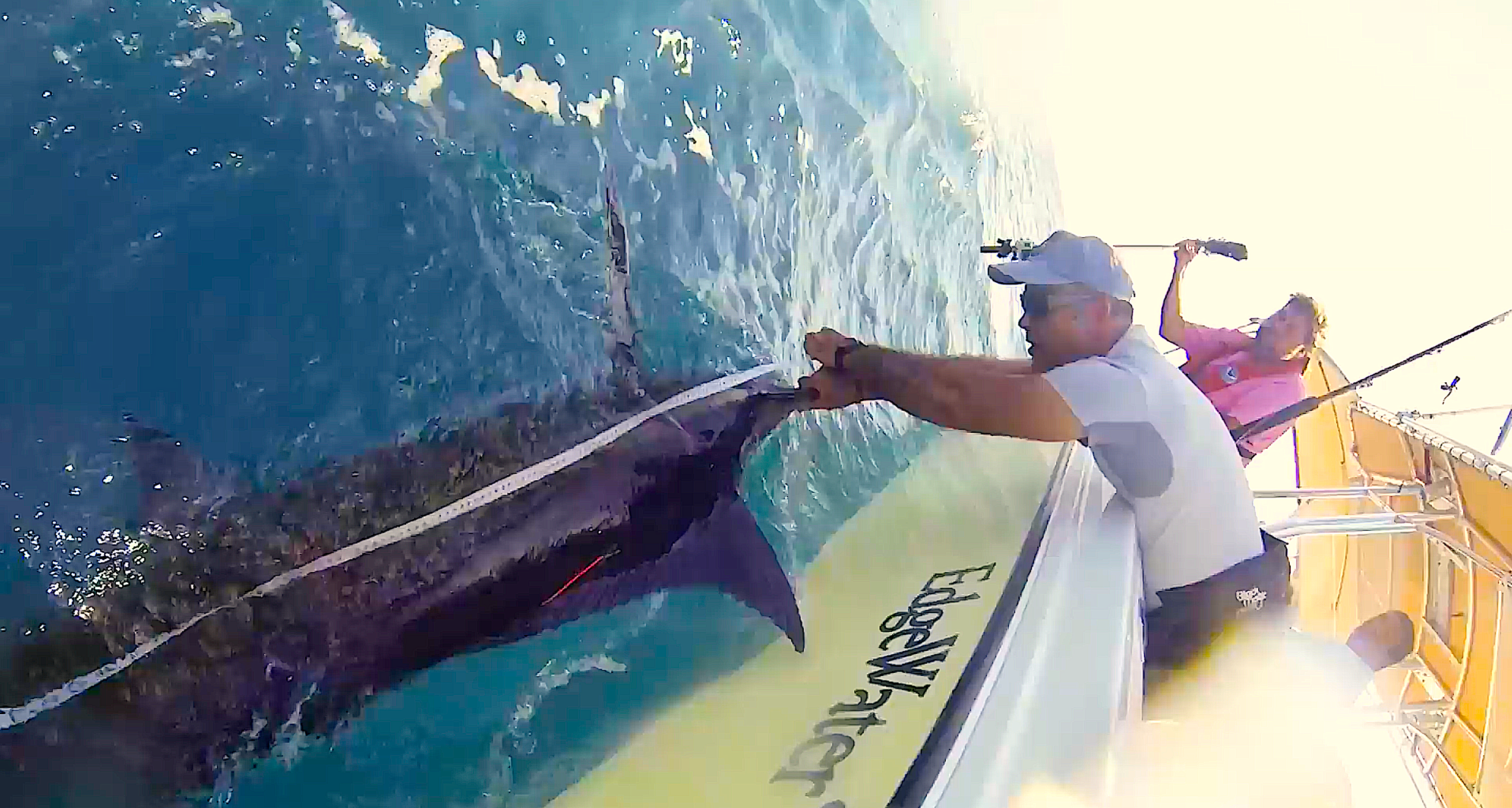 Blue marlin spend 70% of the time at depths less than 17 feet. Credit: NOAA.

A new study reveals the depths and temperatures that blue martin prefer.

From April through August each year, North Carolina anglers fishing in offshore tournaments, like the NC Billfish Series, lower the riggers and throw out the baits in search of species like blue marlin.

The blue marlin is a prized, large species — and many deep-sea saltwater anglers consider it the ultimate catch. It doesn’t live close to the bottom or near the shore, but out in the open waters of the Atlantic, Pacific, and Indian Oceans. A member of the family Istiophoridae (the same fisheries family that includes several other billfishes), the blue marlin is highly migratory.

NOAA Fisheries manages blue marlin and fisheries of other highly migratory species (e.g., tunas, sharks, swordfish, and other billfish) in the U.S. Atlantic Ocean, the Gulf of Mexico, and Caribbean waters. The latest population assessments indicate that the Atlantic stock of blue marlin is overfished. Consequently, catch and release is the most common method that anglers use with blue marlin in our country.

While traditional and satellite tagging studies have shown that blue marlin can travel long distances relatively quickly, more detailed information is necessary to understand the behavior of this species and to craft effective management.

And while this information is of obvious interest to fishery scientists, I expect that aspiring blue marlin anglers might be interested in the findings as well.

Working in cooperation with experienced billfish anglers, scientists captured and tagged three blue marlin off Madeira, Portugal, in the northeast Atlantic. The fish ranged from 500 to 705 pounds.

Satellite tags recorded temperature, depth, and light every 60 seconds and then transmitted data by satellite once the tag popped off the animal and floated to the surface.

The study tracked the three blue marlin for 24, 76, and 83 days. The fish at large for 83 days travelled a straight-line distance of 1,273 miles, averaging over 15 miles per day. The researchers followed blue marlin from Portugal to the Canary Islands and Cape Verde, close to the African and European Atlantic Ocean continental shelves.

Each of the fish made regular and quick dives to waters deeper than 700 feet.

Similar to wahoo that we profiled earlier in Hook, Line & Science, blue marlin are not “warm blooded” and do not have the capacity to conserve metabolic heat. This is likely the reason why blue marlin only spent brief periods of time in deeper, cooler waters.