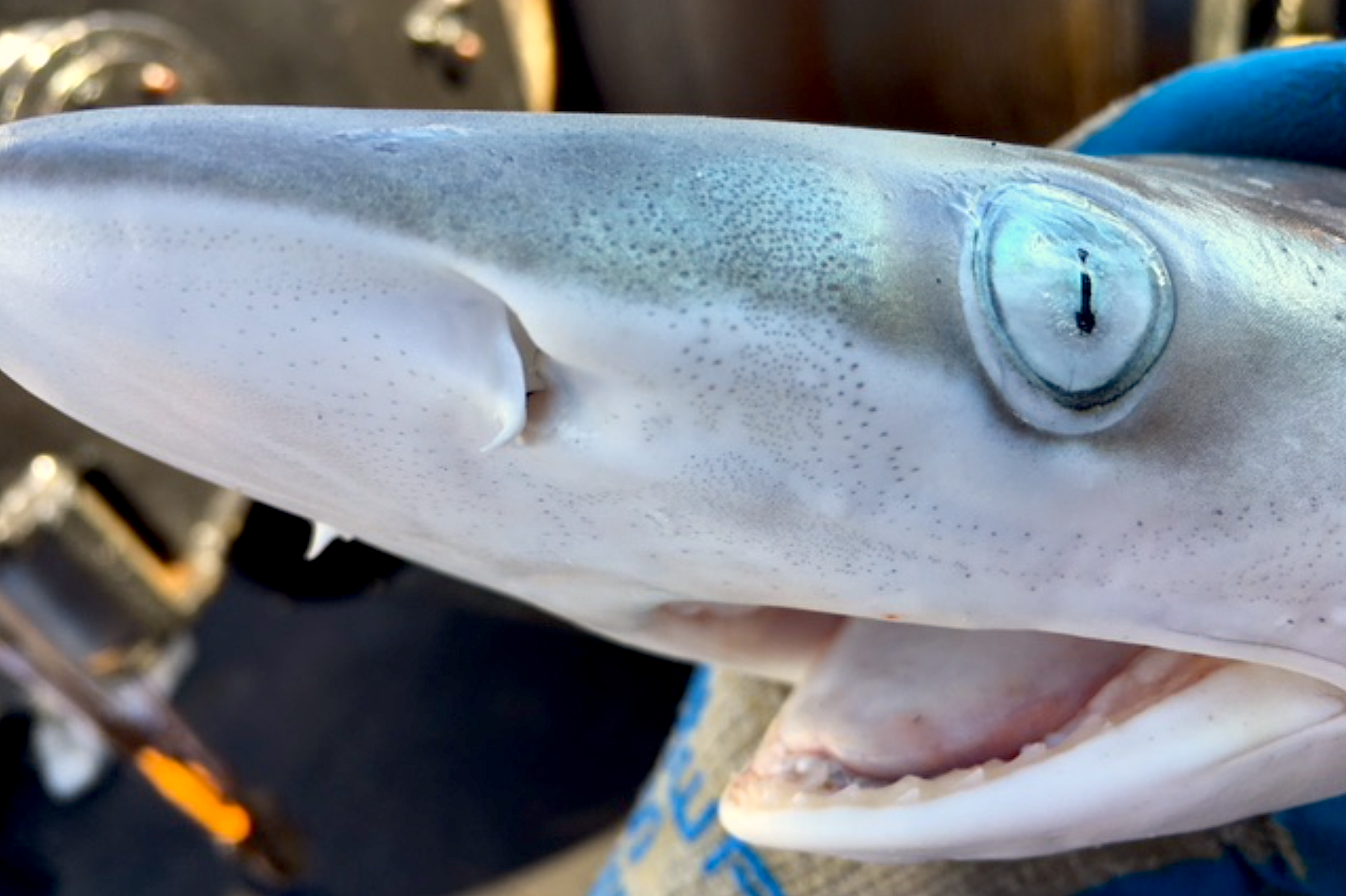 Over their lifetimes, some species occupy different environments and exhibit distinct life stages, known as “ontogenetic shifts.” The life histories of most sharks involve these ontogenetic shifts, which can include changes in habitat and diet, as well as behavioral changes at the onset of sexual maturity. In addition, fishes — including sharks — commonly experience indeterminate growth, whereby their bodies and organs grow throughout their lives.

However, very little work has been done to explore changes in the shark brain across life stages, which could provide insights into shifts both in sensory perception and behaviors. 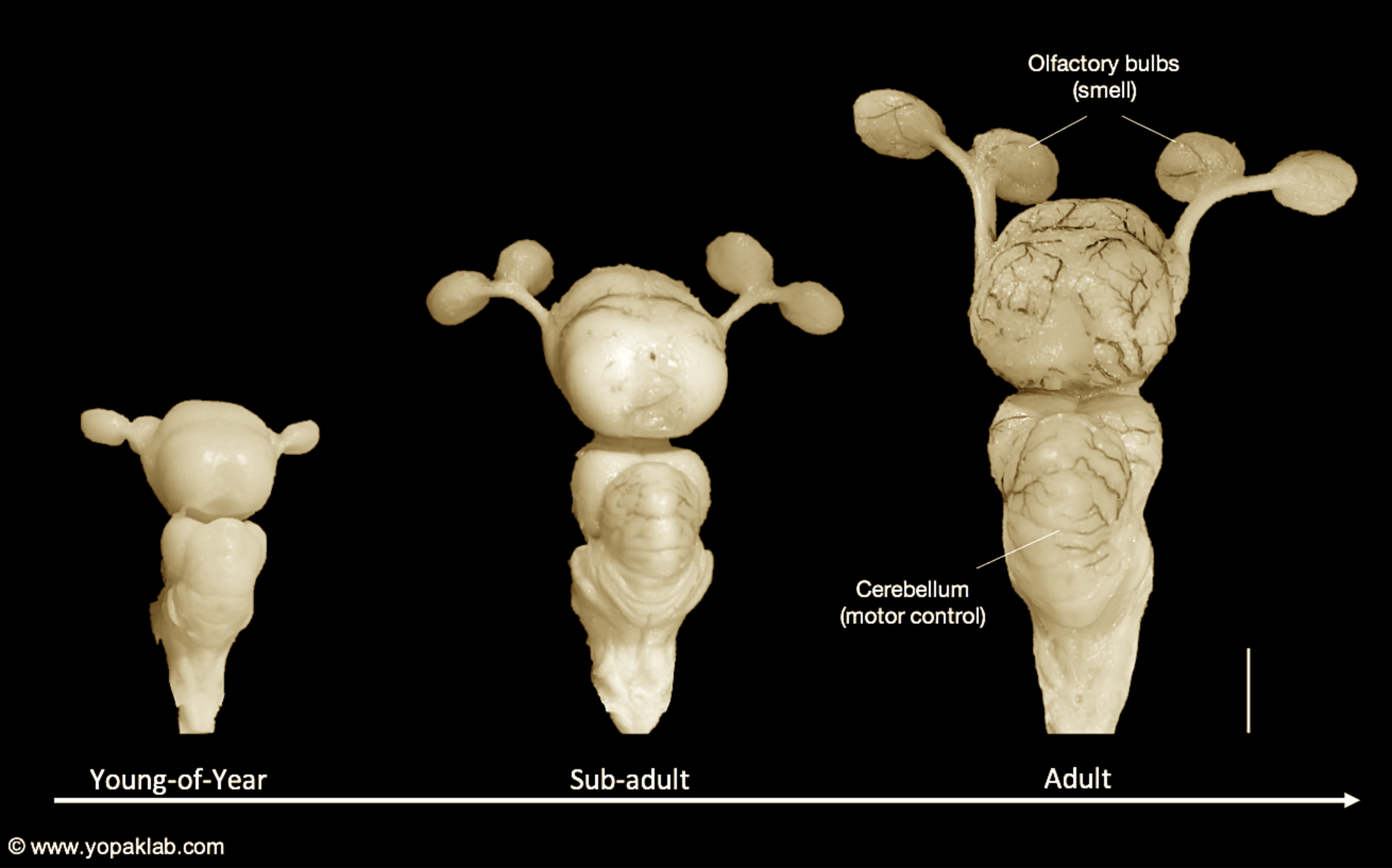 The brain of an Atlantic sharpnose shark, showing the regions that process smell (olfactory bulbs) and motor control (cerebellum) across life stages, including adulthood (far right). Scale: The vertical bar to the right of the adult brain equals 2 cm. Images adapted from Laforest et al. (2019). All rights reserved.

We measured changes in overall brain size (relative to body size), as well as the proportion the brain occupies by major brain regions, throughout ontogeny, in the Atlantic sharpnose shark.

As with other fishes, overall brain size grew significantly with body mass throughout the entire life of the Atlantic sharpnose shark, but most quickly during juvenile life stages. Brain regions also increased in size as well, but at different rates.

In particular, the regions of the brain that process odor cues (olfactory bulbs) and that are responsible for motor control (the cerebellum) occupied larger and larger proportions of total brain size as the animal matured. Changes in the relative size of the olfactory bulbs across life stages may reflect an increased reliance on smell at the later stages of life of Atlantic sharpnose sharks, while changes in the relative size of the cerebellum may be indicative of the ability to capture faster prey or an increase in the migratory nature of this species as it moves to offshore habitats with the onset of sexual maturity. 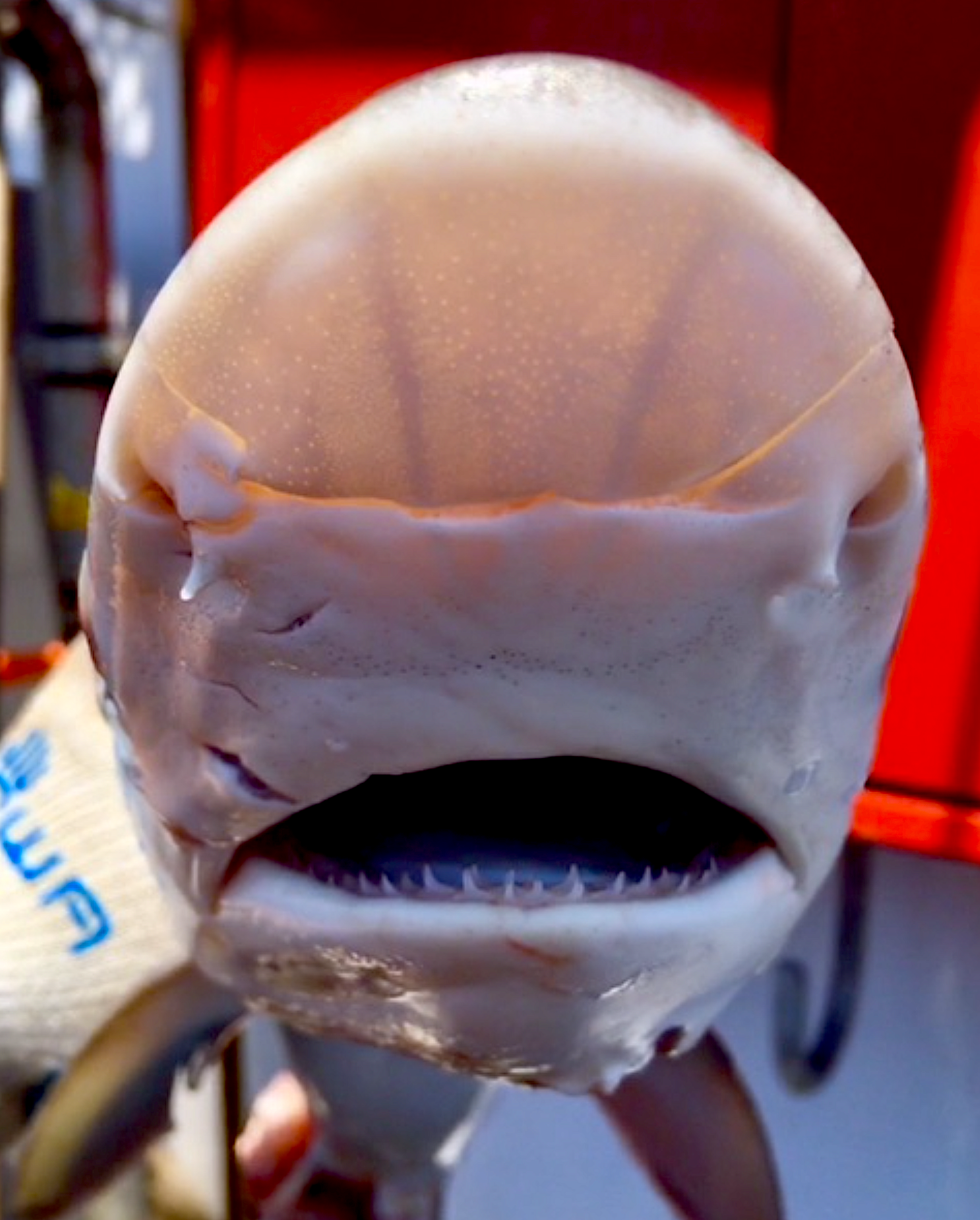 The underside of a sharpnose shark, showing its nostrils. Credit: NOAA.

Kara E. Yopak, from the Department of Biology and Marine Biology at the University of North Carolina Wilmington, leads the “UNCW ZoMBiE Lab” (Zootomical Morphology of the Brain and its Evolution). The lab focuses on the evolution of the brain within and across sharks and their relatives, particularly the ways in which variation in brain size, structure, and cellular composition across species can inform complex behaviors and sensory specialization.