Above: Henderson County is the largest producer of N.C. apples and a major tourist attraction. Photo courtesy Hendersonville Farmers Market

I’m a strong believer in learning from others’ experiences, and in the case of my work, learning from communities and industries beyond the coast. As a faculty member in North Carolina State University’s Agricultural and Environmental Economics Department, I have the privilege of teaching — and gaining insight from — my students. One of their assignments is to develop an economic investment proposal for a North Carolina community. Many of them choose the place they’re from, and often an industry they intimately know.

The following Q&A arose from a proposal by agribusiness major Aaron Corn, who grew up working in the apple industry in western North Carolina and who has plans to continue that work after graduation. His entrepreneurial aspirations are not too different than those of folks working in the seafood industry and, in particular, the oyster aquaculture sector where I focus some of my time as North Carolina Sea Grant’s coastal economics specialist.

Sea Grant: Tell me about where you’re from and its economic history.
Aaron Corn: I’m from Henderson County. It was founded in 1838 and got its start with agriculture. In the 18th century, William and Eleanor Mills first settled in Fruitland, where Mr. Mills planted hundreds of fruit trees every year. His neighbors soon followed suit, founding what would one day be a multimillion-dollar industry.

From the 18th to the early 20th century, the area relied heavily on agriculture — specifically apples and other fruits. Henderson County was also early to attract tourists. Large planters from the South Carolina low country would come here to escape the heat and insects.

In the 1920s and 30s, with the Great Depression in full swing, many people moved to western North Carolina in search of employment and began farming. That started the boom in roadside stands, which helped Henderson County become synonymous with apples and other fruits. These people took a large gamble on the area, and it panned out in the end. Tourism is still seen today and continues to be an integral part of the economy. 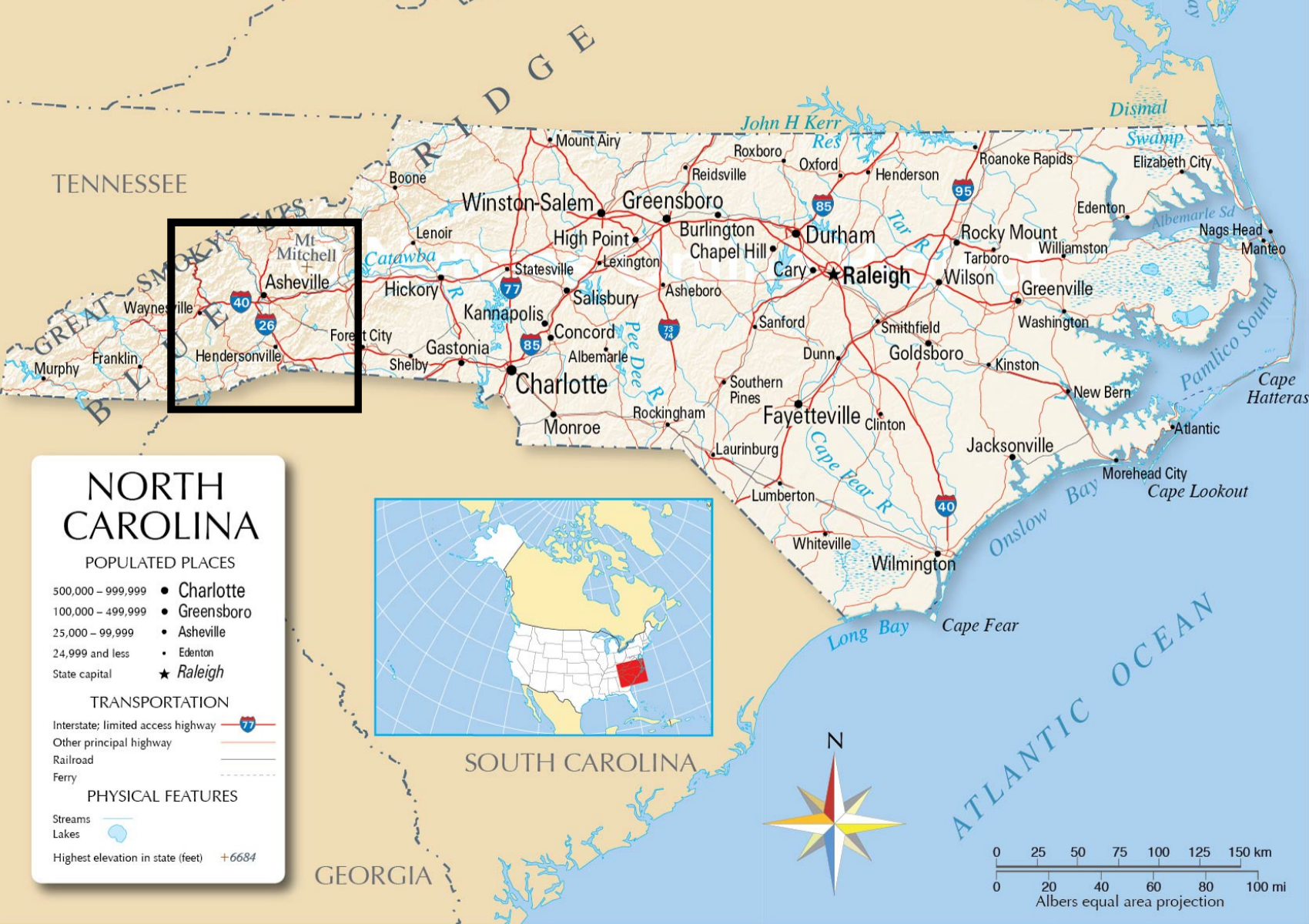 Apple grower Aaron Corn says that agriculture comprises only 2% of employment in his hometown of Hendersonville. Map adapted from the Nations Online Project

Q: What are the economic development challenges that Henderson County faces?
A: “Used to be” is a phrase too often heard in Henderson County and many other rural areas. When I’m riding with my employer, Wayne Barnwell, a 72-year-old native of Henderson County, he’ll point out a piece of land with houses on it and tell me who used to own it and what used to be there. More than often, it seems that former farmland is being taken over by housing or new businesses, which can drive up taxes on working farmland, making it more difficult for farmers to continue what they’re doing. This is no less true than in my hometown of Hendersonville.

Agriculture in Hendersonville has taken a backseat over the past several decades, and as of 2020 it only made up 2% of the population’s employment. It started to lose its importance around the 1960s and 70s, when manufacturing and other careers became more prominent in the area.

Another factor that took its toll on farmers was the declining price that processors, such as Gerber, were willing to pay for fruit. They were the primary buyers for commodities in this area, and with the declining profit and higher costs of production, many farmers got out while they were still ahead. Or, in some cases, the farmer passed away and the family didn’t want to continue farming. The final nail in the coffin for some was Gerber closing its facility in Asheville —the next town over — in 1998. The cost of transportation to the next closest facility, located in Fremont, Michigan, ate into farmers’ profits even more.

Q: What economic opportunities exist for the area?
A: Even with the loss of some farmers, many have persisted and found new markets for their commodities. Some farmers expanded their roadside stands, making them more family- friendly, with extra attractions — primarily for younger children — and more products, like slushies and baked goods. In more recent years Henderson County has seen a surge in alcohol production, including hard ciders and wines, which has opened a brand-new demographic that had not previously been reached. Many cideries and wineries are located where there is a good view or some other kind of natural landmark, creating even more business.

Henderson County is still the largest producer of apples in North Carolina and a major tourist attraction, which begs the question: How do we preserve our agricultural heritage for the future? Working in agriculture has been my passion for as long as I can remember. Even as a young child, I watched the tractors work in the orchard across from my house. My goal is to develop a business that will not only be profitable to me and my family, but that will also help preserve the heritage that many farmers in this community have built up over generations. 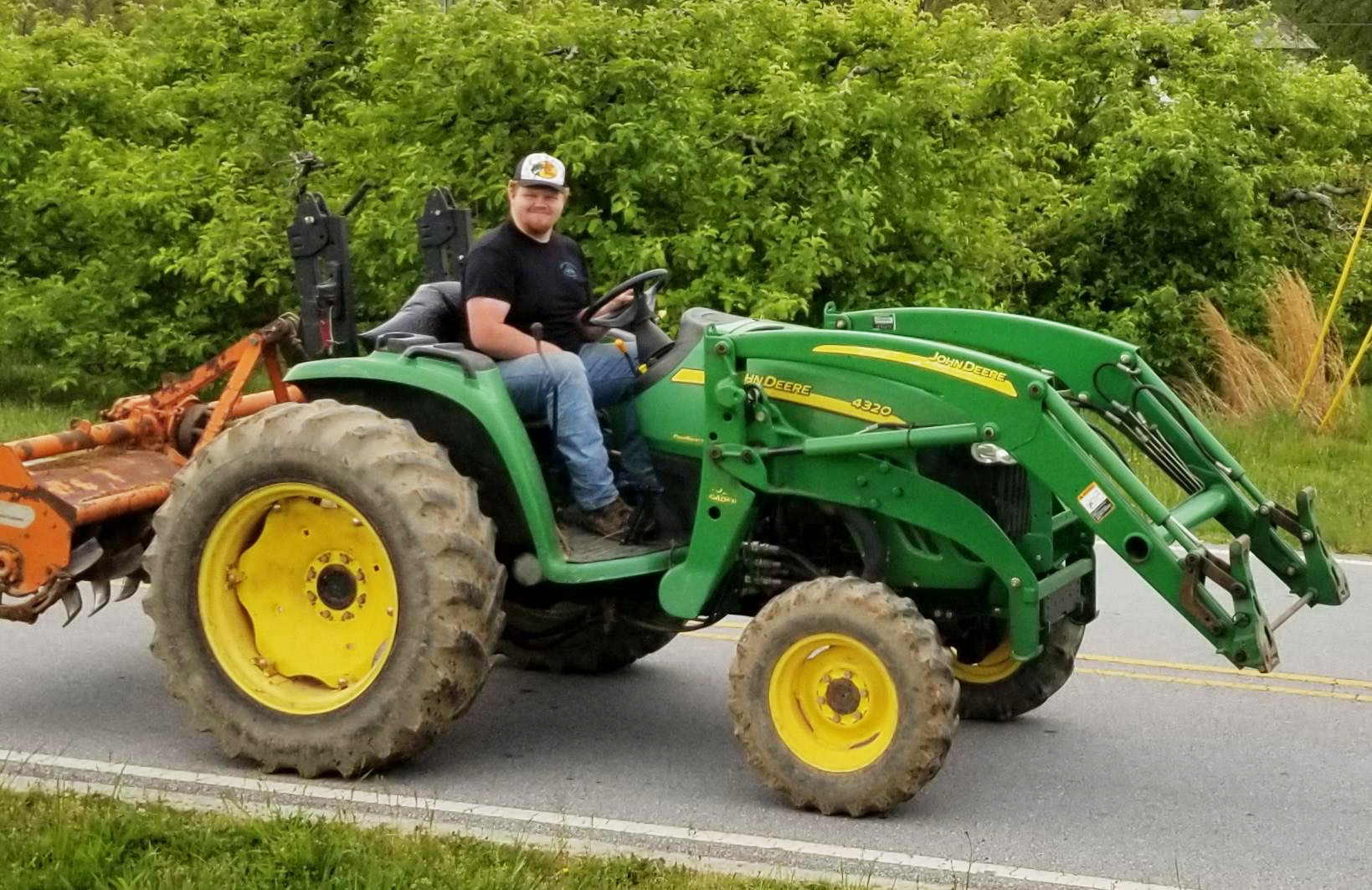 Q: There is a similar motivation for commercial fishers who have been working the water over generations. I know one oyster grower who is a seventh-generation fisherman. How would you jumpstart your apple business?
A: The process of selling commodities to consumers, whether wholesale or retail, needs to be more streamlined. There is a large amount of profit left on the table. My company will essentially be a repacking and distribution center for apples and other fruits that will work with growers to get them the maximum profit while also allowing agriculture to maintain its prominence.

In Henderson County, agritourism peaks from late August to early November, leaving a small window for farmers to sell their products at the highest profit to them. I would like to encourage growers to stay open longer by offering incentives to produce pies and fruit cakes, for instance. With my company, I would like to get these products on the internet and push them through companies like Amazon, where people already purchase consumable items.

I also believe products like pie mixes and other baking kits would be a great seller for people who want a homemade feel but who won’t go out to roadside stands and buy the raw materials. This strategy would encourage people to buy more local products and to stay away from out-of-state products in grocery stores.

More profit also can be made by working with the local government to have local fruits and veggies resold within Henderson and surrounding counties. There was nothing in high school worse than getting an apple for lunch and seeing that it came from Washington state or Michigan. I believe that if we could work with the local government to offer incentives to local schools, restaurants, and stores, we could create a market for more growers to sell to while giving local businesses more pride in their product.

Yet another area I feel can be improved is the wholesale profit-adding market. Most local growers send their apples out of state for commercial production into items like sliced fruits and ciders. My plan is to work with the Western North Carolina Apple Growers Cooperative — which currently only provides cold storage — to add packing capabilities and equipment to make value-added products so that growers can get top dollar for their crop.

Q: I see parallels in the seafood industry. Some fishermen are pursuing value-added processing, direct-to-consumer sales, farm-to- school programs, and agritourism, such as oyster farm tours. Is there anything else you’d like to add about your ideas for Henderson County?
A: Ultimately, the purpose of my company will be to help growers maintain and, in some cases, grow their presence in the community. There’s a sense of sadness for a person who has a passion for agriculture, like I do, watching their community drifting farther and farther away from the very industry that founded this town — and my goal is to prevent that. Smelling those sweet apple blossoms in the spring, watching beautiful apples develop from a small bud, and harvesting a crop you’ve put a year of work into is something many people will never experience. But to me, it’s my life, and I’ll do everything in my power to see it continue and thrive so that hopefully one day, when I’m 72 years old, I won’t have to say “used to be,” but instead that it is. 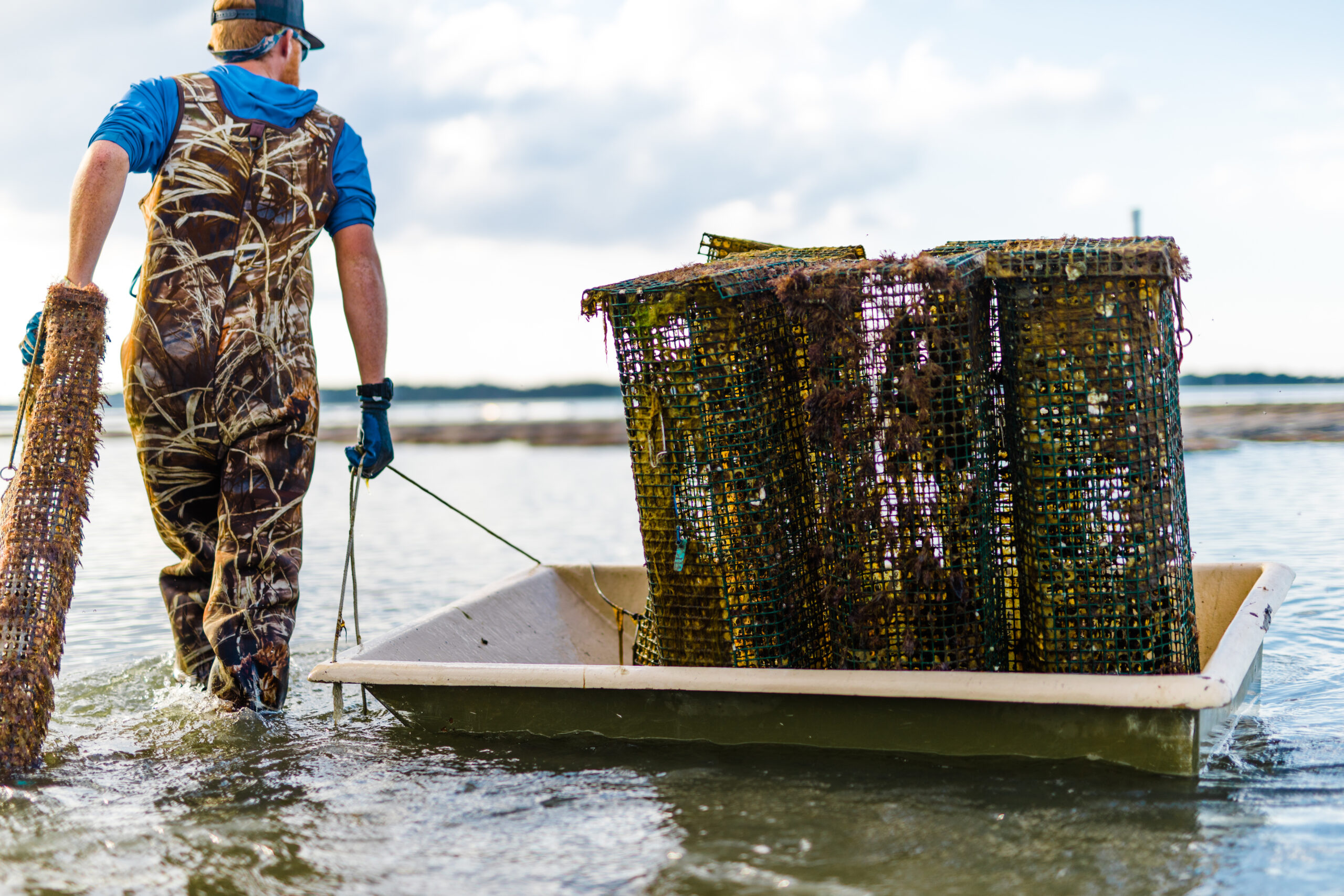 Oyster growers depend on tradition and innovation to meet consumer demand. Photo by Baxter Miller

Just as value-added apple products abound, so do opportunities for novel seafood items and marketing. North Carolina’s seafood industry can increase its market share by meeting consumer demand for convenient, nutritious, and delicious protein options. From ready- to-eat products like smoked fish dip to heat-and-serve options, such as chowders, seafood can transcend the restaurant setting.

Packaging that highlights product origin is a simple and lucrative value addition. Recent research conducted by North Carolina Sea Grant indicates a preference among North Carolinians for seafood from our state and the U.S. over foreign products. Indeed, local seafood can command a price premium in certain markets. Learn more at go.ncsu.edu/NCSeafoodDemand.

Like the apple industry, the seafood industry faces fragmented and underdeveloped supply chains, an issue explored in a North Carolina Sea Grant report, available at go.ncsu.edu/seafood-supply-chain. Additional processing and cold-storage aggregation facilities are needed to increase capacity to freeze large volumes of seasonal seafood and permit the distribution of local products throughout the year.

Promotion is critical for harvesters to earn a price premium. Ongoing education campaigns by groups including NC Catch, the N.C. Department of Agriculture & Consumer Services, and the NC Oyster Trail also play a key role in connecting consumers to N.C. seafood. Branding like “Got to Be NC Seafood,” along with print and social media promotion, builds awareness and reminds consumers about options for N.C. seafood.