Fishing for Food and Finding Connection

“I donate most of the fish I catch. A couple of my friends’ moms who can’t work — they’re disabled and stuff like that. I’ll clean fish and take it to them or just take them a Ziploc bag slammed full of fish.”

We often think of fishers in two distinct groups. There are the commercial fishers, hauling in the finfish that lands on dinner tables in North Carolina and beyond. Then there are the recreational fishers who steer their boats towards fish-filled, sun-drenched spots.

Yet there is a third category: people who must fish for food for themselves, their families, and their friends.

“Not everyone with a rod and reel is just fishing for fun,” says Scott Baker, fisheries specialist at North Carolina Sea Grant. “For some people, the stakes can be much higher.” 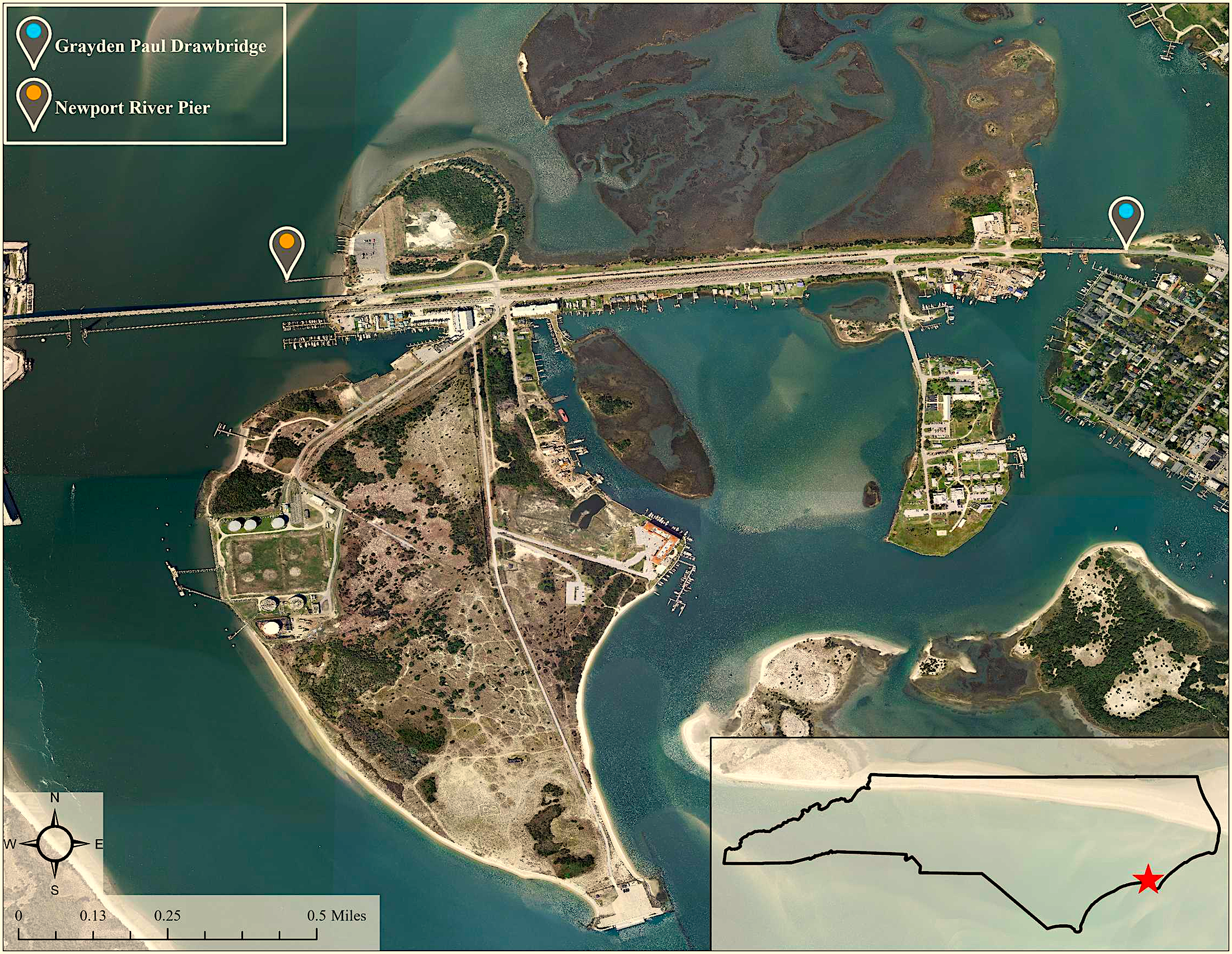 Their research found that those who fish for food support each other by sharing both bait and catch, but away from these gathering areas, they mostly don’t know each other. Around a third of these anglers are women. They are more racially diverse than the population immediately surrounding the piers, and they are of all ages but disproportionately over the age of 50. They could survive without their catch, but they’d be worse off for it.

Through ethnographic methods such as interviews and observations, Campbell and Murray discovered that this third category of fishing is a resilient and impactful group. Fishing for food is both a practice and a network, extending into the community like piers into the water, connecting the ocean’s resources to kitchen tables along the coast and inland.

From the Water’s Edge to the Heart of the Community

One in seven North Carolinians face hunger, and for children that reality is even bleaker, with one in five children enduring food insecurity, according to Feeding America. While we often don’t see the hunger behind closed doors, North Carolina has the tenth highest food insecurity rate in the country; nearly 590,000 households in the state do not have enough food each day.

Fishing for food is one way people combat food insecurity in their communities.

“We help feed the people in North River,” said one participant in Campbell and Murray’s research, referring to a community about 10 miles away from the study sites. “Like, we’ll take them all the fish. I donate most of the fish I catch. A couple of my friends’ moms who can’t work — they’re disabled and stuff like that. I’ll clean fish and take it to them or just take them a Ziploc bag slammed full of fish.” 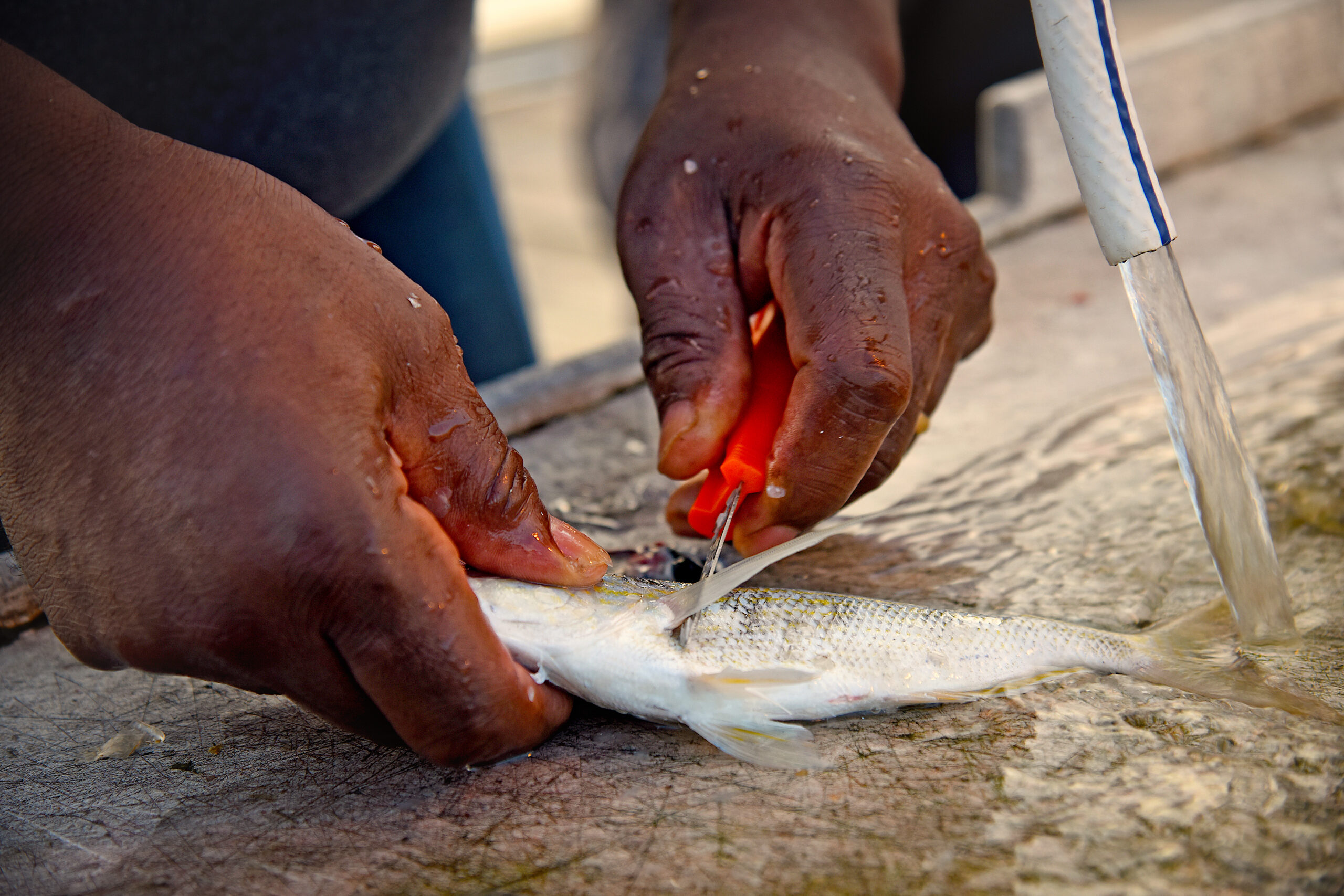 People who fish for food often feed the elderly, people with disabilities, and children. In fact, more than a third of the 74 Carteret County participants in the study said that they share their catch with children.

“One of the things we learned was how meaningful it was for people to share the fish that they were catching,” explains Murray, a marine social scientist in Duke University’s Nicholas School of the Environment. “Some of those fish ended up in fish fries, church dinners, and other events where people were coming together to share and eat seafood.”

These interpersonal and informal networks provide local, healthy food to people who need it — as long as public fishing remains accessible.

Campbell and Murray conducted their research from June to November in 2018, before and after Hurricane Florence made landfall that September. Not surprisingly, the storm’s damage to piers and waterways affected over 70% of the study participants’ ability to fish, as well as how much they could catch. 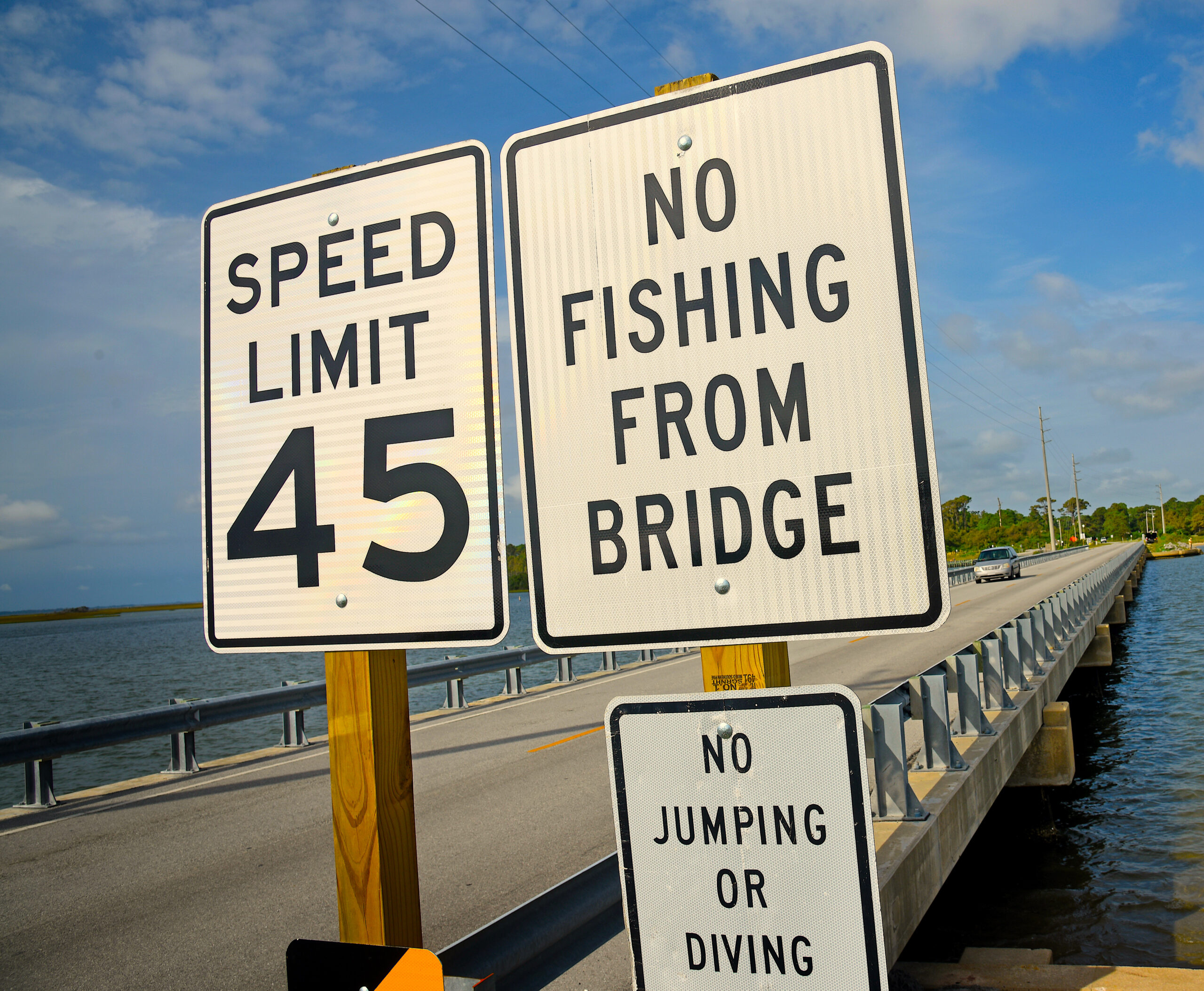 The nourishing power of fishing for food also carries implications for public health.

Previous studies by the National Institute of Health and other organizations have shown that access to fresh or healthy foods is correlated with a decreased rate of diet-related chronic diseases, such as obesity, diabetes, heart disease, and cancer. This link is especially important in some underserved and under-represented communities; African Americans and people living in poverty or rural areas, for instance, are less likely to eat fresh or healthy foods.

“I like the taste,” said one respondent. “And it is healthy. Healthiest meat I eat.”

Another participant described how eating fish is part of how he manages diabetes under the recommendations of his doctor. “Fish have a lot of protein,” he said, “and that’s what they tell me I need.”

The practice of fishing for food also improves mental well-being. Many study participants described stress relief and socialization, among other positive effects on their emotional health. 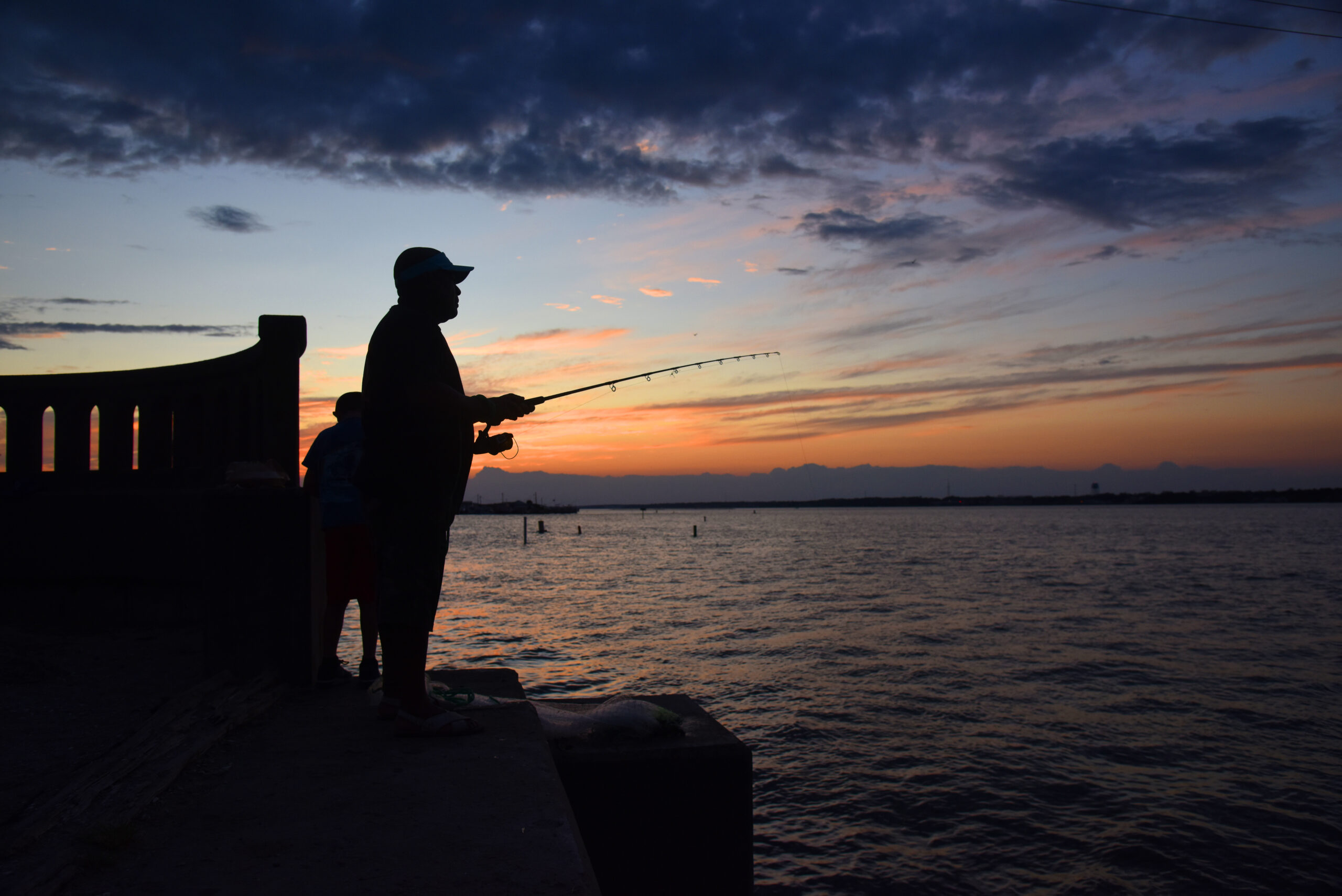 Fishing has always been about far more than the catch. Credit: NC State University.

“This is pretty much therapy,” said one study participant. “I come down, I catch a fish, I feel.”

Campbell, a marine social scientist at Duke, says such benefits are critical to the fishing-for-food community. “I was surprised by the extent to which various aspects of well-being are at stake for people, including mental health,” she says.

Murray says that there’s still plenty to uncover about how seafood that isn’t part of the formal economy nevertheless does powerful work feeding communities and forging connections.

“This kind of informal economy is something we want to learn even more about,” he says. “It’s an important example of how seafood that never enters a market feeds and brings people together.”

As Murray and Campbell’s research shows, fishing for food is about far more than the catch.

Margaret Chory on fishing for food: “Interviews as Catalysts for Change”

Nan Pincus is a science communicator with North Carolina Sea Grant and is pursuing a master of science in technical communications at NC State. She earned a master of arts in teaching from Duke University, where she received the Steve Unruhe Award for Social Justice.