Which Wetlands Will Survive? 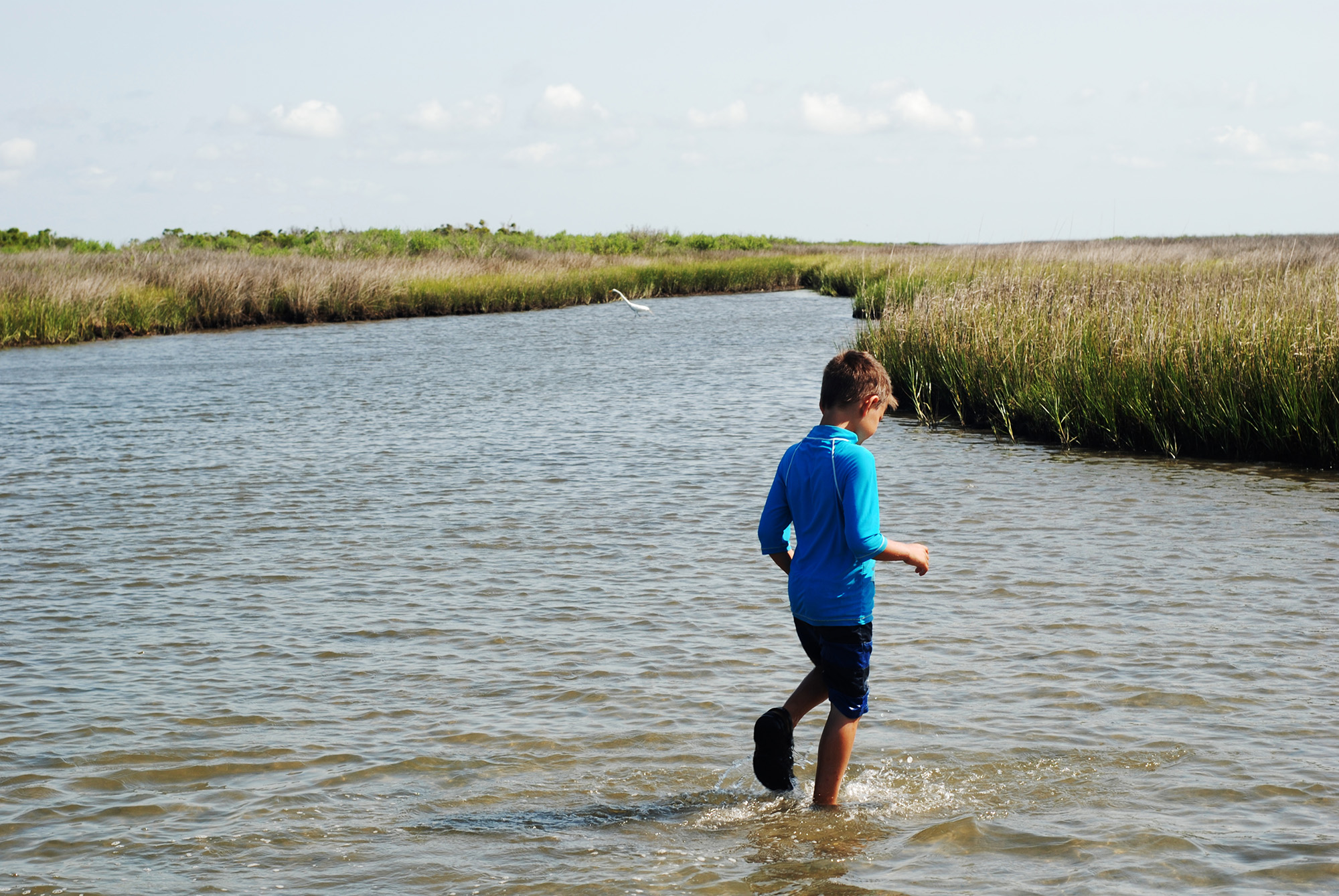 BY SUMMER WALLS
Sea level rise. Human development. Sediment deposits. Wave energy. All affect coastal wetlands, but to what extent? Is it possible to forecast which wetlands will thrive — or which, instead, will respond catastrophically to coastal change?

Because of the essential role wetlands play, scientists Anna Braswell and James Heffernan, both based at Duke at the time, examined the characteristics of hundreds of estuaries using geospatial analyses that spanned the Atlantic and Gulf coasts from Maine to Mexico.

Estuaries — areas where freshwater meets saltwater — are critical when considering what causes marshland to thrive or die. Marshes have special ecological relationships with their water sources, which supply nutrients. River-deposited sediment, for instance, delivers nutrients with greater potential to build wetlands.

With support from North Carolina Sea Grant and the National Science Foundation, Braswell and Heffernan focused on estuary water depth, land use, vegetation, erosion and other factors, exploring interactions and impacts on ecosystems both locally and more broadly.

Braswell, now at the University of Colorado at Boulder, says her work with Heffernan revealed that the health of marshes depends on such factors as erosion, nutrient deposits and vegetation.

“But at broader spatial scales,” she says, “other key drivers emerged, too.” Geographic features, such as coastline and tidal ranges, control wetlands when considered on a wider level, and these forces influence the effects of local ecological processes, or “feedbacks.”

“These larger coastal and watershed characteristics accentuated or limited the stabilizing impacts of the local feedbacks,” Braswell explains. “But they weren’t really evident until we took a few steps back and viewed the estuaries from broader perspectives.”

Heffernan says their study indicates that all salt marshes likely have tipping points.

“Knowing what causes these tipping points to vary from location to location is an important step in identifying where we should expect marshes to be especially vulnerable to future change,” Heffernan explains. “It also provides a framework for understanding where wetland restoration is likely or not likely to succeed.” According to the researchers, some marshes exist in favorable conditions but without the expected wetland growth. Such cases could be prime candidates for restoration.

“This research supports North Carolina Sea Grant’s aim to meet the needs of coastal communities and answer complex questions by combining a respect for the importance of marsh and wetland habitat and the need to maximize the use of restoration dollars to maintain those habitats,” says John Fear, deputy director of North Carolina Sea Grant and the state’s Water Resources Research Institute.

“The work demonstrates a connection between our state’s inland population centers and the coastal region through the state’s expansive watersheds,” he adds.

Braswell and Heffernan determined that a lack of deposited sediment negatively affects marsh development and maintenance. This is especially noteworthy, because inland reforestation and use of dams have caused the delivery of sediment to coastal wetlands to decrease by 20%.

To better inform restoration efforts and sustainability in the face of future sea level rise and other environmental changes, Braswell and Heffernan call for continued forecasts of wetland health that incorporate both local processes and broader estuarine and watershed drivers.