Hook, Line & Science
The Anglers Who Are Best at What They Do — And More

Acoustic Tracking and Conventional tagging Provide Crucial Information to Plan for the Sustainability of the Species.

Southern flounder support valuable commercial and recreational fisheries in North Carolina, but the stock has experienced high harvest rates since the 1990s and currently is overfished. Fisheries managers have implemented minimum size limits, gear restrictions, and seasonal closures with the goals of reducing harvest and rebuilding the stock. 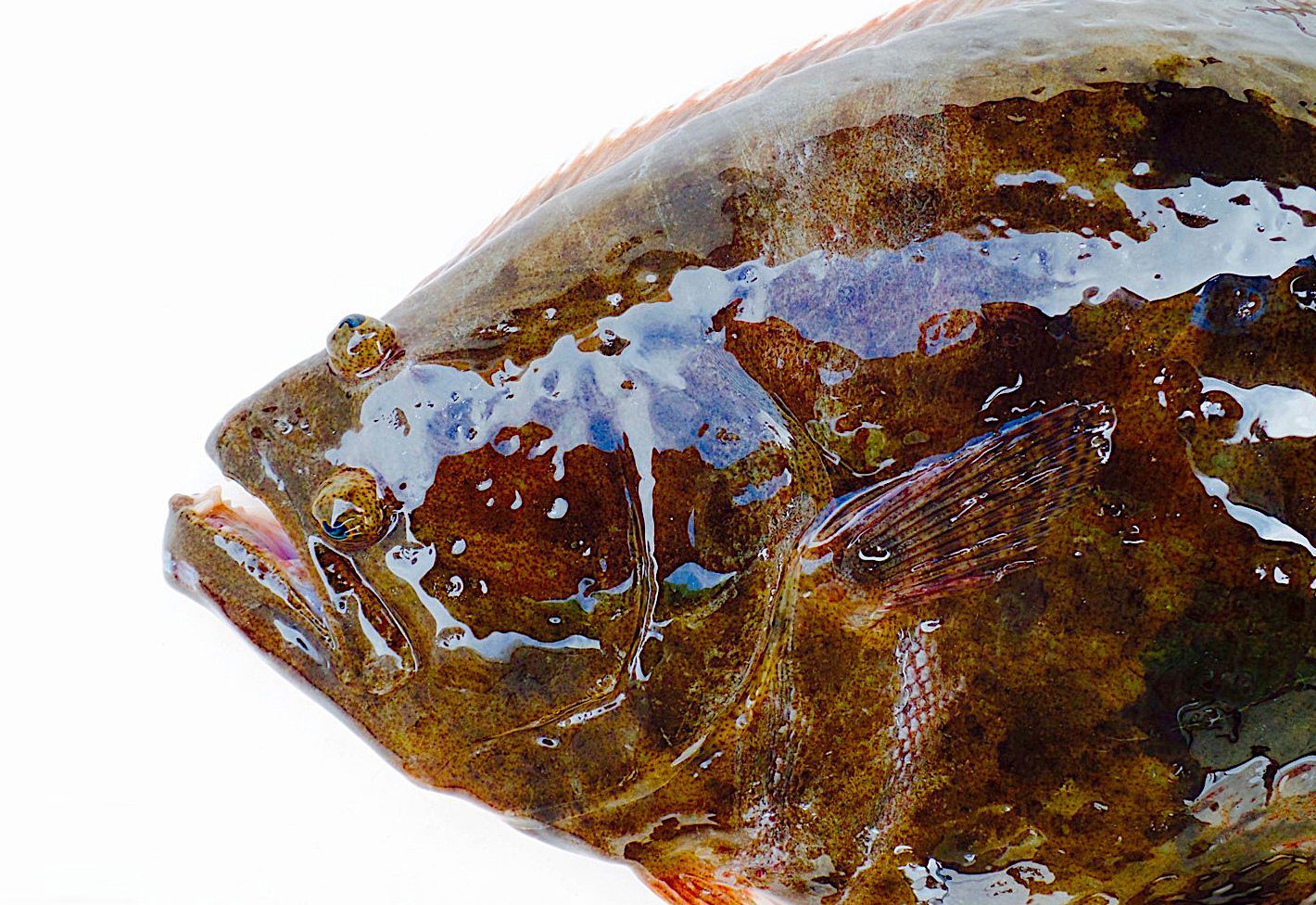 We combined acoustic telemetry and conventional tagging to estimate both fishing and natural mortality for southern flounder in North Carolina.

We tracked the movements of 271 southern flounder implanted with acoustic transmitters in the New River estuary from 2014 to 2016. We estimated natural mortality using information from fish movements within the estuary, while recaptures and reporting of external tags from these same fish also provided information on fishing mortality.

Our acoustic receiver network additionally allowed us to detect fish migrating out of the New River estuary during the fall, the period when mature fish emigrate from coastal bays and rivers to spawn in offshore waters. Detections of these migration events allowed us to separate emigration from mortality.

Seasonal patterns of fishing mortality were consistent across North Carolina and, in particular, in the New River estuary. Elevated harvest rates of southern flounder began in late spring and continued through December each year.

Our estimates of fishing mortality indicate that overfishing might still occur but also show a general pattern of lower harvest rates than during previous periods of overfishing.

Emigration from the New River estuary was high and accounted for more than 40% of southern flounder. Separating emigration from mortality was critical to improving the accuracy of our mortality estimates.

The telemetry study demonstrated that migration is highly seasonal. Approximately 99% of the southern flounder in our study left the estuary between October and December. Updated information on the timing of southern flounder migration could allow fishery managers to set seasonal closures of the fishery, providing greater protection for mature fish that migrate offshore to spawn. 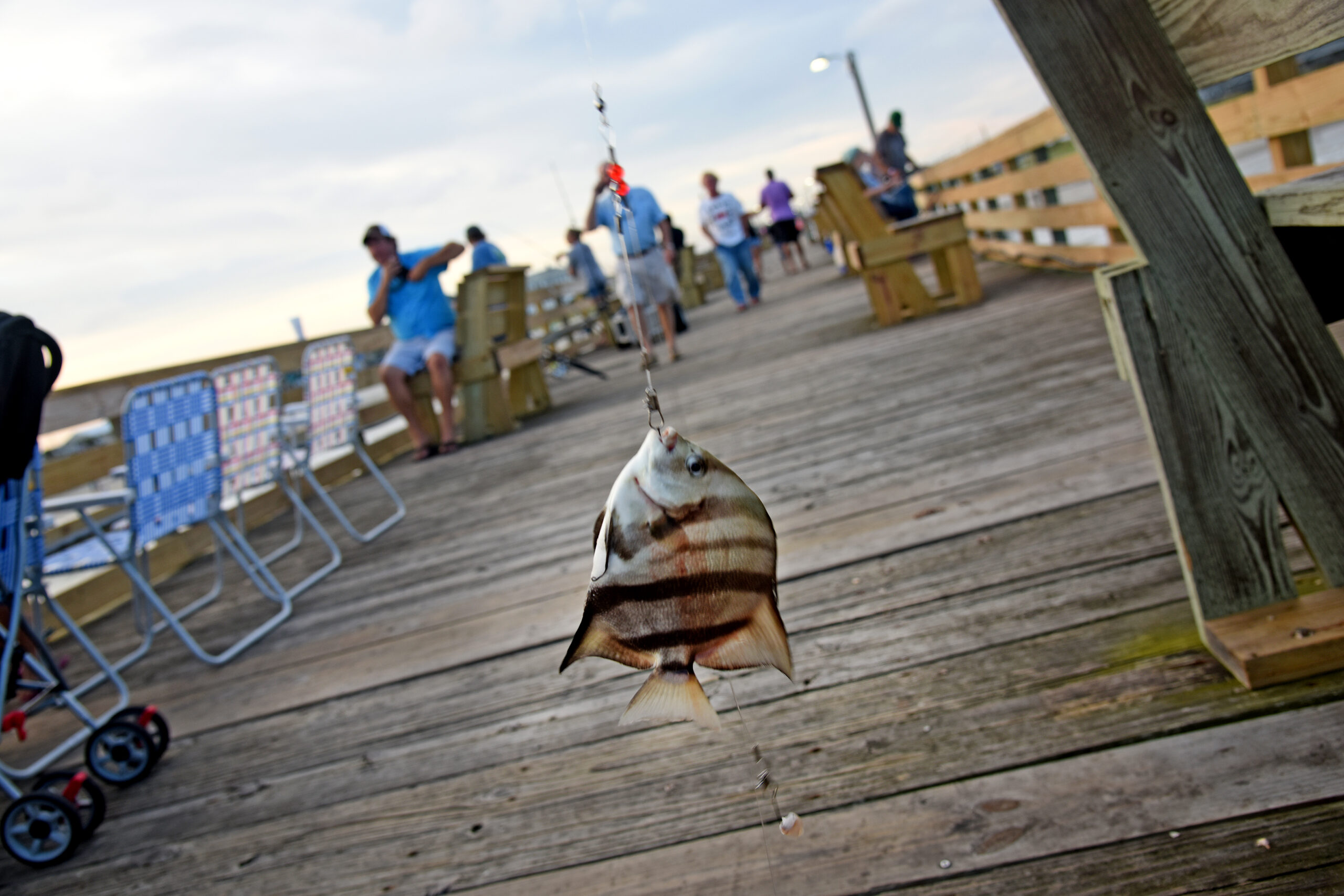 Where on the East Coast Do Salt Water Anglers Encounter the Most Species of Fish?

Based on interviews with anglers, North Carolina offers a more diverse array of species than any other state but one on the Atlantic seaboard.

If you’re a fan of fisheries facts, stats, and trivia, you may have enjoyed a previous Hook, Line & Science piece that used data from the annual publication Fisheries of the United States to determine which coast (the Gulf of Mexico or the Atlantic) was responsible for the largest saltwater catch by anglers. We’re continuing that fisheries trivia with this article.

Staff with the North Carolina Division of Marine Fisheries (DMF) interview thousands of saltwater anglers each year on the docks or as they return from fishing trips. One goal of those interviews is to put eyes on the fish that anglers keep in order to accurately identify fish as part of the Marine Recreational Information Program (MRIP).

I’ve always wanted to know which state along the Atlantic Coast has the highest number of unique species or species groups, but this information isn’t readily available.

To find the answer, I submitted a data request to DMF staff about the unique species saltwater anglers encountered on the 14 East Coast states from 2015 to 2019. This included kept and released fish, either observed at the dock or reported by fishers.

Saltwater anglers along the 14 East Coast states encountered 509 unique species or species groups from 2015 to 2019.

Florida possibly has an unfair advantage because the data includes species encountered on both the Atlantic and Gulf of Mexico coasts.

Numerous factors influence the species count by state. But if we look at the latitude of each state and the length of Atlantic shore coastline, we can begin to see some interesting trends.

Notably, anglers encounter more species as latitude decreases (as we move toward the equator) and as coastline increases (which provides more available habitat).

So if you fish in coastal North Carolina waters, you’ll have a great chance to encounter something new or perhaps unusual — more to think about next time you get a bite on your hook.

What kinds of Anglers are the Best at What They Do? 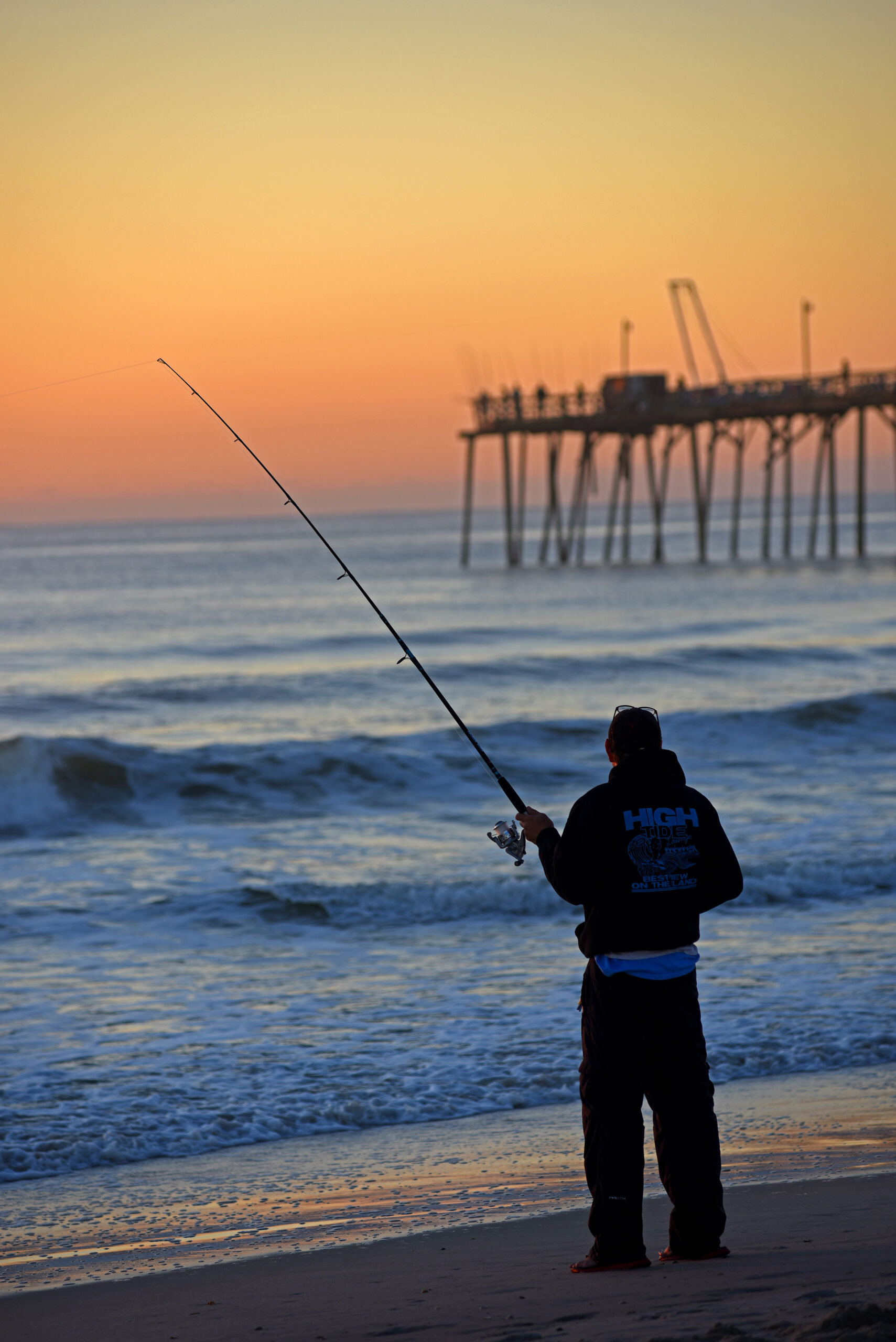 Surprising research suggests that differences among anglers don’t matter much when we look at how many fish they actually catch.

When it comes to surf fishing, it’s hard to beat the coastline of North Carolina. Little data is available on onshore fishing, however, while the number of anglers continues to increase.

Let’s look at a study from the French Riviera that tries to quantify the angler population and related implications for management. Like North Carolina’s coastline, the region has a highly diverse group of anglers, from locals to seasonal fluxes of tourists, who bring new fishing practices and different levels of awareness about rules and regulations.

A lack of data makes monitoring and assessment difficult in many recreational fisheries. State, regional, and federal partners use in-person, telephone, and mail surveys to measure the number of trips saltwater anglers take and the number of fish they catch, but estimating total recreational effort is a statistical challenge.

From November 2017 to October 2018, a research team visited the Natural Marine Park of the Gulf of Lion in France, the second largest marine park in the Mediterranean Sea. They first counted the number of recreational fishers, and then selected a subset to participate in a 20-minute interview.

The questionnaire focused on a wide range of variables covering socioeconomic data and fishing methods. They also asked anglers about the size and species of their catch.

By analyzing this large dataset, the researchers were able to describe the composition of the onshore fishing population, its fishing strategies, and the impact of both on Catch Per Unit of Effort.

Over the study period, the research team counted 795 marine recreational fishers within the park and interviewed 212 of them. All anglers surveyed, in the end, were men. Most were between 50 and 59 years of age with little (1 to 5 years) to intermediate (11 to 20 years) fishing experience.

The majority of surveyed anglers fished occasionally (less than 30 times per year) and for leisure more than for catches. They fished most often in the morning (24%) and especially in summer (49%).

The majority of surveyed anglers fished from shore only (74%), as few owned or rented a boat. Nearly half of the surveyed anglers cast from dikes (49%), although surfcasting from the beach also was common (44%). They chose their fishing spot principally based on tranquility or accessibility.

Most anglers (57%) were locals, and in this fishery, most anglers (77%) ended the day emptyhanded. Only 12% caught one target species or more. Most anglers (92%) also practiced catchand-release.

A large majority of surveyed anglers (74%) perceived a decline in the numbers of fishes, which they linked to commercial fishing (51%) and water pollution (25%). In addition, 60% of fishermen admitted that they did not know which species were protected inside the park or the minimum legal catch sizes for the main species they targeted.

When and where anglers fished, as well as how they responded to management measures, did differ across groups.

In addition, the researchers only noted differences by group in Catch Per Unit of Effort for four species.

Findings seem to support continued use of Catch Per Unit of Effort in onshore marine recreational fishing as a relative indicator for stock status, regardless of the kind of anglers in the area.

read the full studies and more at HookLineScience.com