Antibiotic use is an important life-saving practice to treat infections caused by bacteria, fungi, or viruses. As far back as 2600 B.C.E., ancient Egyptians used heavy metals like copper to treat ailments that even included headaches. Over time, Greeks, Romans, Aztecs — and other major civilizations — used heavy metals as antimicrobials for ailments and to sterilize water, until commercially-available synthetic antibiotics replaced heavy metals in the 20th century.

Although widespread use of heavy metals as antimicrobials has diminished, frequent exposure to heavy metals in the environment, such as in surface waters, has caused bacteria to evolve and adapt. These adaptations also help bacteria resist widely available synthetic antibiotics, contributing to an urgent, emerging public health issue: antimicrobial resistance. Some of today’s life-threatening bacteria, fungi, and viruses are surviving and growing in the presence of the very medicines designed to stop them.

As more resistant bacteria spread in surface waters, people are at higher risk of exposure, through recreational activities, to these dangerous bacteria. In fact, at the current rate of spread, related deaths from annual antimicrobial resistance could reach 10 million by 2050, even exceeding annual cancer-related deaths (8.2 million), according to the 2016 Review on Antimicrobial Resistance. Among those affected, immunocompromised groups (e.g., people who undergo chemotherapies, burn-wound victims, and people with diabetes) are most at risk of dying from life-threatening infections.

Additionally, antimicrobial resistance and its impacts on animal health are a potential risk to economic stability. Animals inhabiting these waters also face exposure, raising concerns for the aquaculture industry and anyone who consumes fish or other animals that carry resistant bacteria. Infections in finfish and shellfish from aquaculture farms also could reduce harvests, weakening the capital that the aquaculture industry generates. In fact, according to the same 2016 Review on Antimicrobial Resistance, global GDP could fall by an estimated 2% to 3.5% due to all impacts associated with antimicrobial resistance, costing the world up to $100 trillion.

Heavy metals are present much more than antibiotics in surface water environments. Past research shows heavy metal concentrations have an influence on antibiotic resistance, typically involving a process called “co-occurrence,” in which heavy metal resistance and antibiotic resistance occur in the same microorganism. Heavy metals can be toxic to bacteria at high concentrations, which, in turn, may lead bacteria to acquire and be genetically selected for traits that allow them to resist these metals. These traits also help to fight against antibiotics.

Among the most common metals in surface waters are zinc and copper, which were the metals we used for this investigation. Copper and zinc are additives in agricultural animal feeds and often wash from farms into surface waters through runoff. As the second-ranked hog producing state in the country, North Carolina serves as an interesting setting to examine the associations between copper, zinc, and antibiotic resistance. 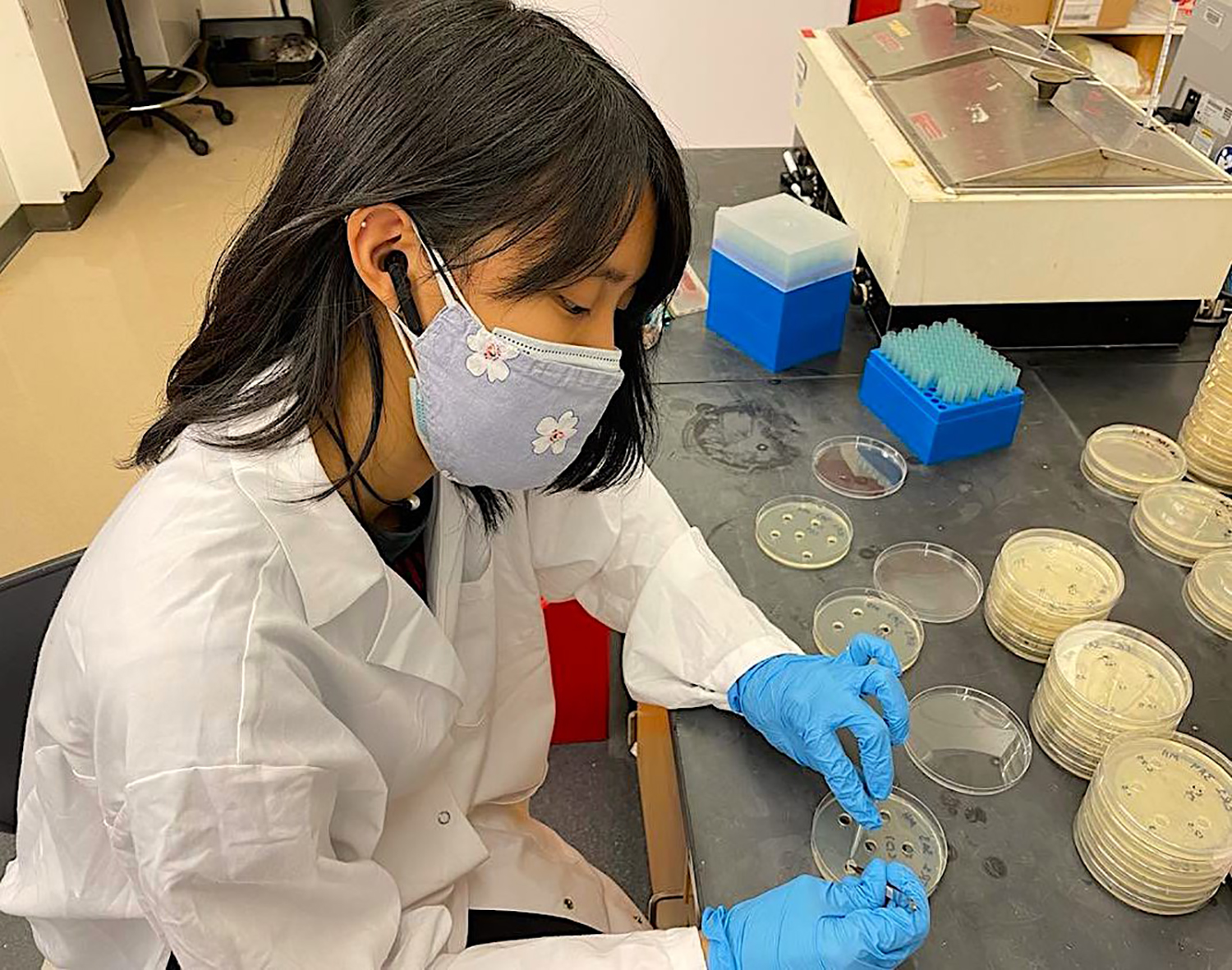 Furthermore, metals-based pesticides are another notable source of heavy metals in surface waters. Copper sulfate, for instance, is commonly used as an algicide in our state, especially in wastewater treatment plants. 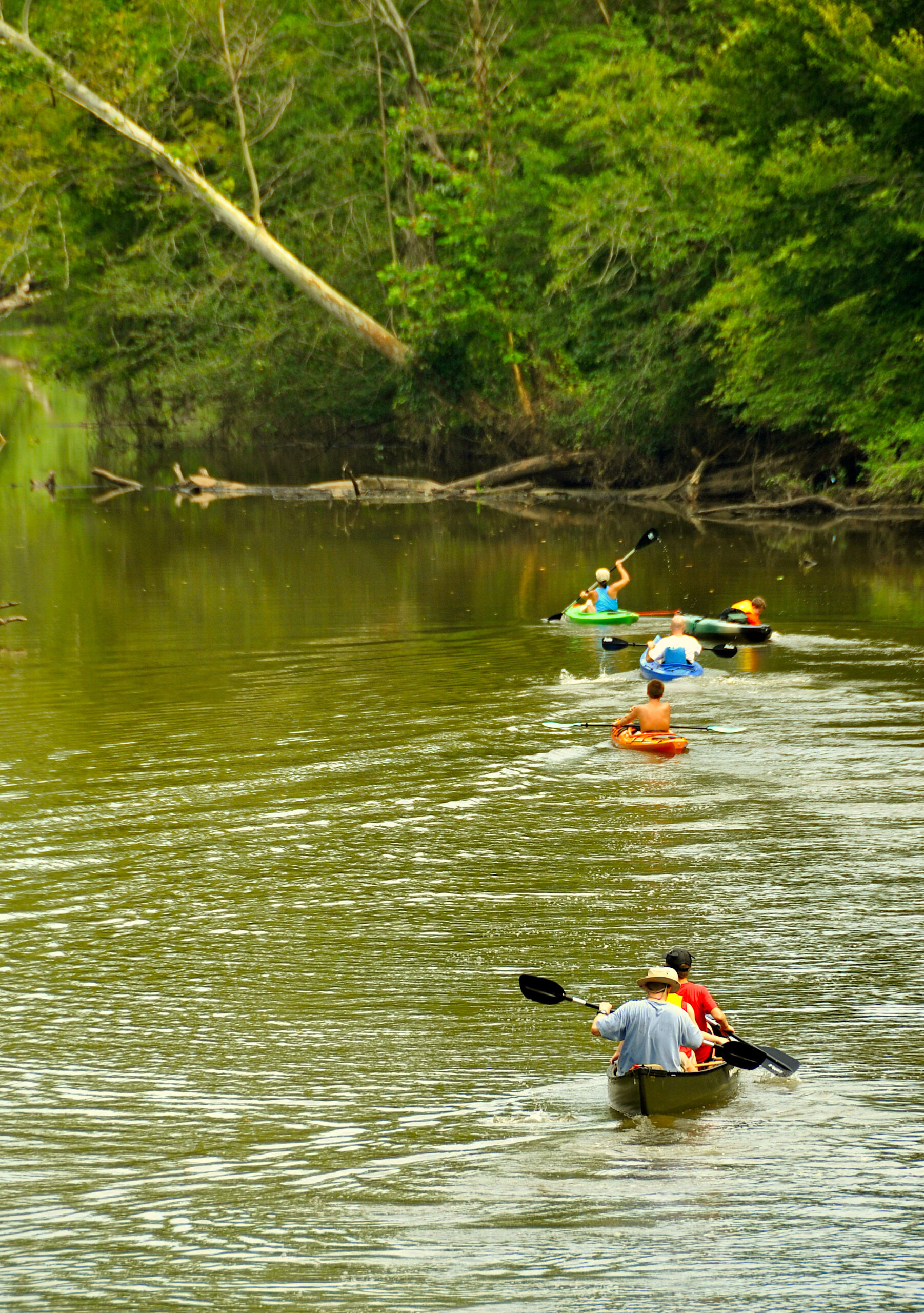 As more resistant bacteria spread in the Neuse River (here) or in other surface waters, people face higher risk of exposure, even through recreational activities. Credit (lead photo and this photo): James Willamor/CC-BY-SA-2.0.

Flowing from the Triangle region to the Pamlico Sound, the Neuse River hosts many major recreational areas, especially within the Neuse River Estuary — and heavy metals have affected the area over the past couple decades.

In the lab, I immediately captured bacteria on membrane filters and grew them overnight on agar plates, focusing on Gram-negative bacteria. Among the most concerning bacteria, Gram-negative bacteria have a unique cellular structure that reduces the effects of antibiotics. These bacteria also are responsible for many serious diseases relevant to human and animal health and rapidly have become more resistant to multiple drugs over the past decade.

There are indeed associations between where antibiotic resistance occurs and heavy metals occur, especially zinc. This is cause for concern because of zinc’s abundance in surface waters. More zinc will continue to come into our waterways through animal feeding operations in North Carolina and even from wastewater treatment plant effluent, increasing possibilities for co-occurring zinc and antibiotic resistance in our state.

In addition, high salinity appeared to have an association with resistance to at least three antibiotics in a single Gram-negative bacteria. Multi-drug-resistant bacteria is a serious public health concern, because this type of resistance further limits effective options to treat life- threatening infections.

The significant associations of high temperature and salinity with antibiotic resistance is troubling because climate change continues to exacerbate each of these factors. As temperatures increase, sea levels rise and occurrences of saltwater intrusion increase. 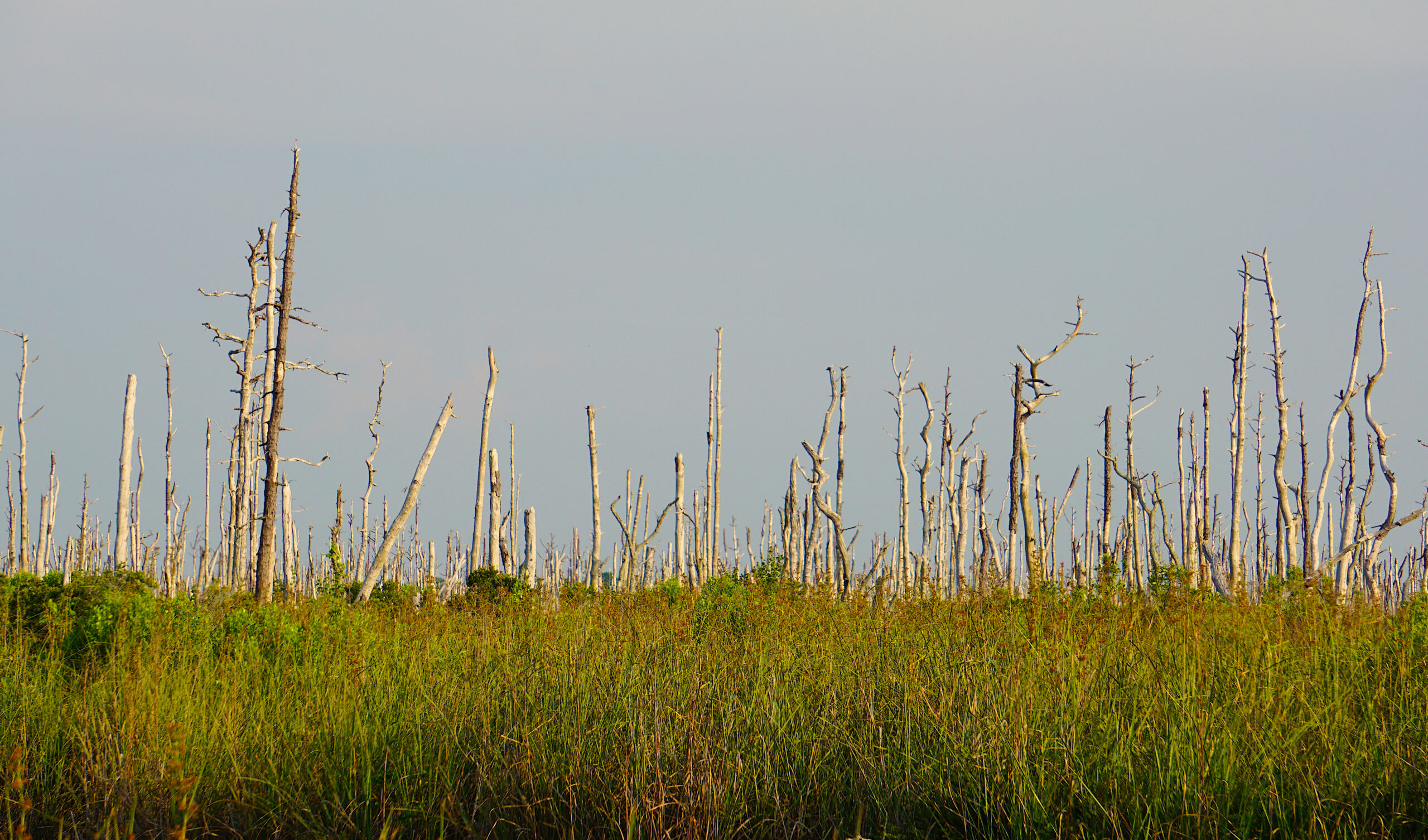 Sea level rise increases salinity in surface waters, not only causing ghosts forests like this along the Alligator River — but also contributing to the spread of antibiotic resistance. Credit: NC Wetlands.

Our team also determined that higher pH levels were associated with multi-drug-resistance. Different pollutants and chemicals, as well as bedrock composition, can cause higher pH.

Looking ahead, understanding how heavy metals and environmental factors influence antimicrobial resistance in Gram-negative bacteria in North Carolina’s surface waters can help inform efforts to monitor and manage associated hazards in our state. Ultimately, this could help reduce the spread of antimicrobial resistance, protecting public health and our state’s economy.

Maya Hoon was the 2021-2022 joint fellow with North Carolina Sea Grant and NC Space Grant. She recently completed her M.S. in environmental sciences and engineering from the University of North Carolina at Chapel Hill.