North Carolina Sea Grant will host the North Carolina Coastal Conference on November 7 and 8 this year at NC State University in Raleigh.

Members of the Sea Grant team, its advisory board, and various partners are planning the event. The University of North Carolina System already has signed on as a sponsor.

The conference will include in-person and hybrid sessions, featuring presentations on a wide range of issues related to coastal communities and ecosystems, including the watersheds that feed coastal waters.

“We will have invited speakers, as well as an abstract submission process for presentations, lightning talks, and a student poster competition,” adds John Fear, North Carolina Sea Grant’s deputy director. Sea Grant is accepting abstracts for talks and posters until September 2.

For updates, watch for the hashtag #NCCoastConf on social media, and check the conference website for information about registration, submitting proposals for posters and presentations, becoming a sponsor, and other details.

Principal investigators on new core projects include Antonio Rodriguez, who wrote about migrating salt marshes for the Fall 2021 issue.

“Our core research examines real-world needs of our coastal communities and ecosystems,” says Susan White, executive director of North Carolina Sea Grant. “We are pleased to have so many multidisciplinary collaborations that address our program’s strategic focus areas.”

The following studies will run through early 2024: 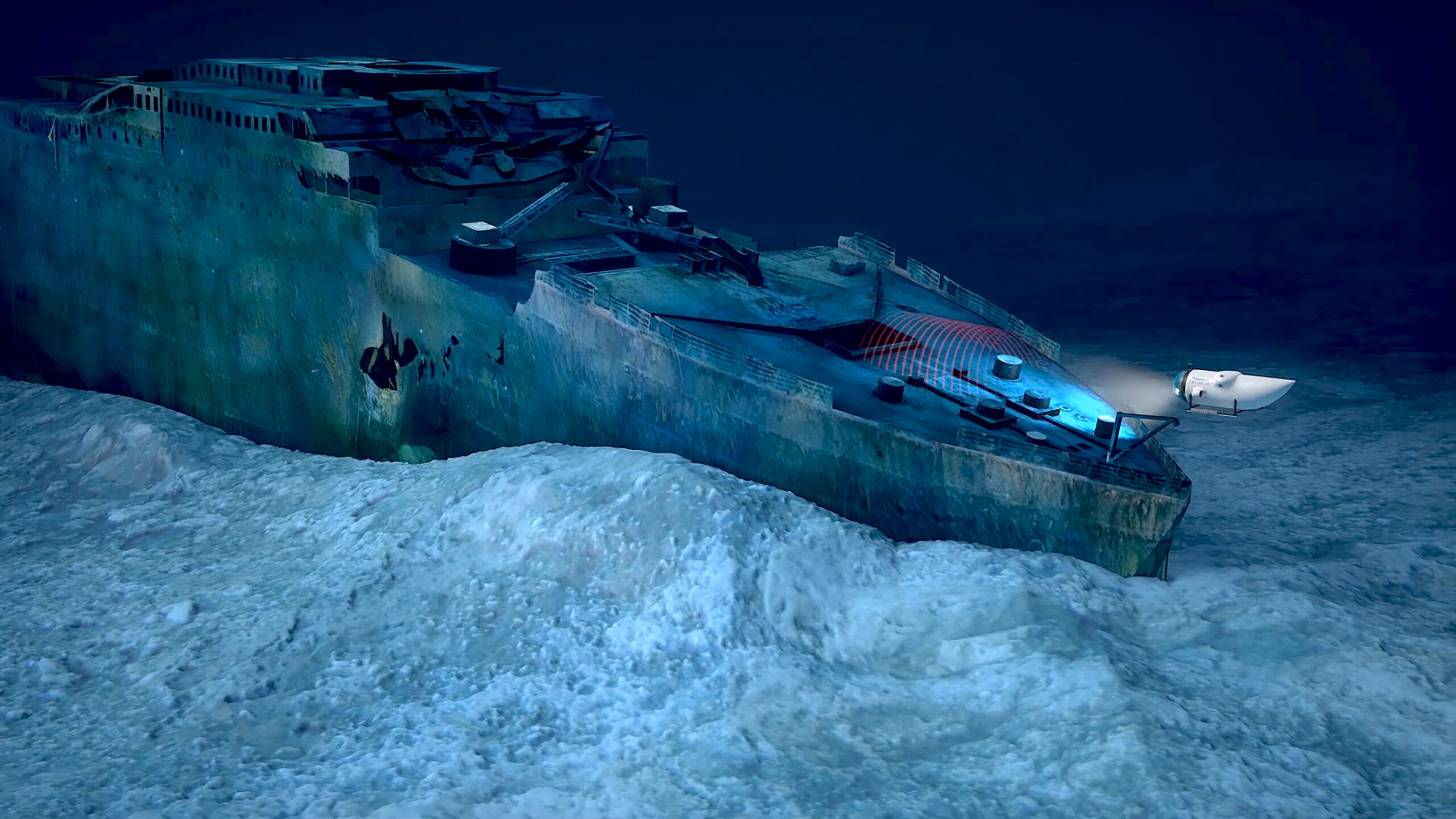 Steve W. Ross will lead an international team of scientists this summer in a first-of-its-kind survey of marine life at the Titanic shipwreck.

“We are seeking to compile a list of every living creature we can identify inhabiting the Titanic wreck site to understand this unique deep-sea ecosystem,” says Ross, who specializes in corals, fish, and submarine canyons for the University of North Carolina Wilmington’s Center for Marine Science.

OceanGate Expeditions of Nassau, Bahamas, is commissioning the 2022 Titanic Survey Expedition. The British luxury passenger ship sank during its maiden voyage in 1912 and rests over two miles deep off the coast of Newfoundland. Today, the ship serves as a refuge for corals, squat lobsters, brittle stars, and rattail fish.

Ross, whose previous research has included support from North Carolina Sea Grant and NOAA, will collect HD video and photography, conduct environmental DNA analysis, and gather other data. His team will descend to the site in OceanGate’s Titan, the world’s only five-person submersible capable of withstanding such depths.

“Every time we do a deep-sea mission, we discover something new that is unexpected,” says Ross. “Anticipating new discoveries is very exciting. Will we discover a new species or new predatory behaviors? A whole range of things is possible.”

— adapted from a news release from UNCW 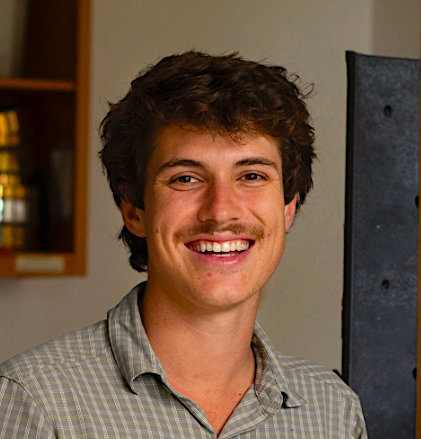 Joshua Himmelstein, a Ph.D. student in the University of North Carolina at Chapel Hill’s Institute of Marine Sciences, is the recipient of the 2022 joint fellowship from North Carolina Sea Grant and the Albemarle-Pamlico National Estuary Partnership. Himmelstein will install sensors across coastal North Carolina marshes to study sediment delivery.

“This project will provide novel information on how sediment is distributed across saltmarshes, helping us to better understand the vulnerability of this important coastal habitat to sea-level rise,” says Tim Ellis, APNEP’s quantitative ecologist.

Himmelstein works with Antonio Rodriguez, coastal geologist at IMS. Rodriguez says that tidal creeks across coastal North Carolina are “filling in with sediment” at a time when many of the adjacent marshes are losing elevation relative to sea level.

The joint fellowship, now in its sixth year, supports graduate students from institutions based in North Carolina who conduct applied research within the North Carolina portion of the Albemarle-Pamlico National Estuary Partnership region. 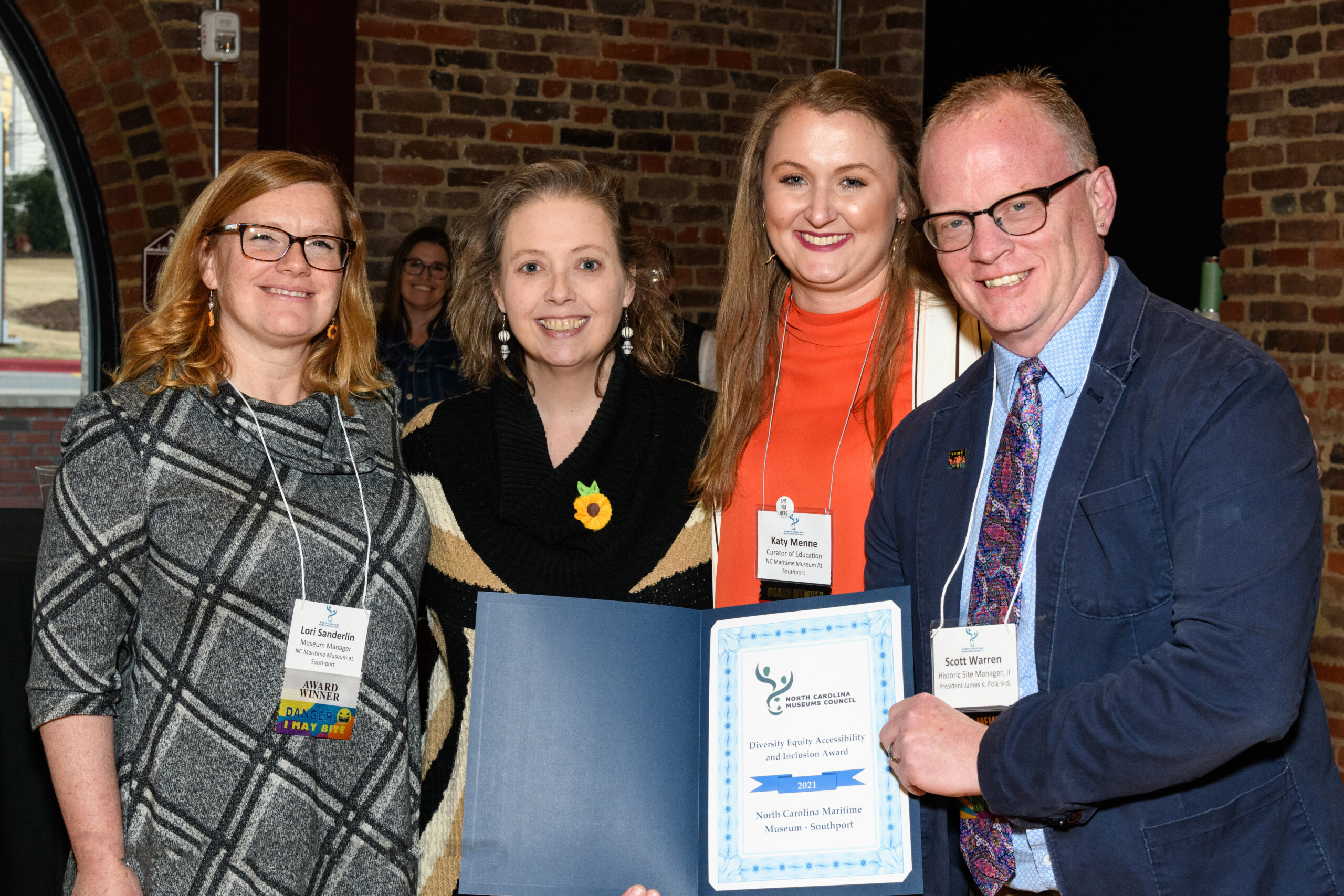 North Carolina Museums Council has named the N.C. Maritime Museum at Southport the recipient of the 2022 Diversity, Equity, Accessibility, and Inclusion Award for its work last year to make the museum more accessible for patrons of all ages and abilities.

In particular, the museum’s director Lori Sanderlin and curator of education Katy Menne introduced a semi-guided, multi-lingual tour, as well as tactile maps, to accommodate deaf visitors and people with low vision or total blindness.

“Having the museum selected for this award is indescribable,” Menne says. “This award is all thanks to the support of the Southport Lions Club and N.C. Department of Health and Human Services.”

The N.C. Maritime Museum at Southport tells the story of the Cape Fear region and its people. The museum shares tales of pirates and pillage, blockade running and riverfront archaeology, and other nautical adventures.

“I am so pleased with the changes at the museum over the past four years,” Sanderlin adds. “We really want the museum to be a place in the community where visitors and locals see it as a welcoming space for all people to learn and enjoy maritime history.”

Past recipients of the joint fellowship from North Carolina Sea Grant and the North Carolina Water Resources Research Institute have included several noted researchers, such as Austin Gray, whose latest study we highlight on page 45 of this issue.

about the Urban Water Consortium 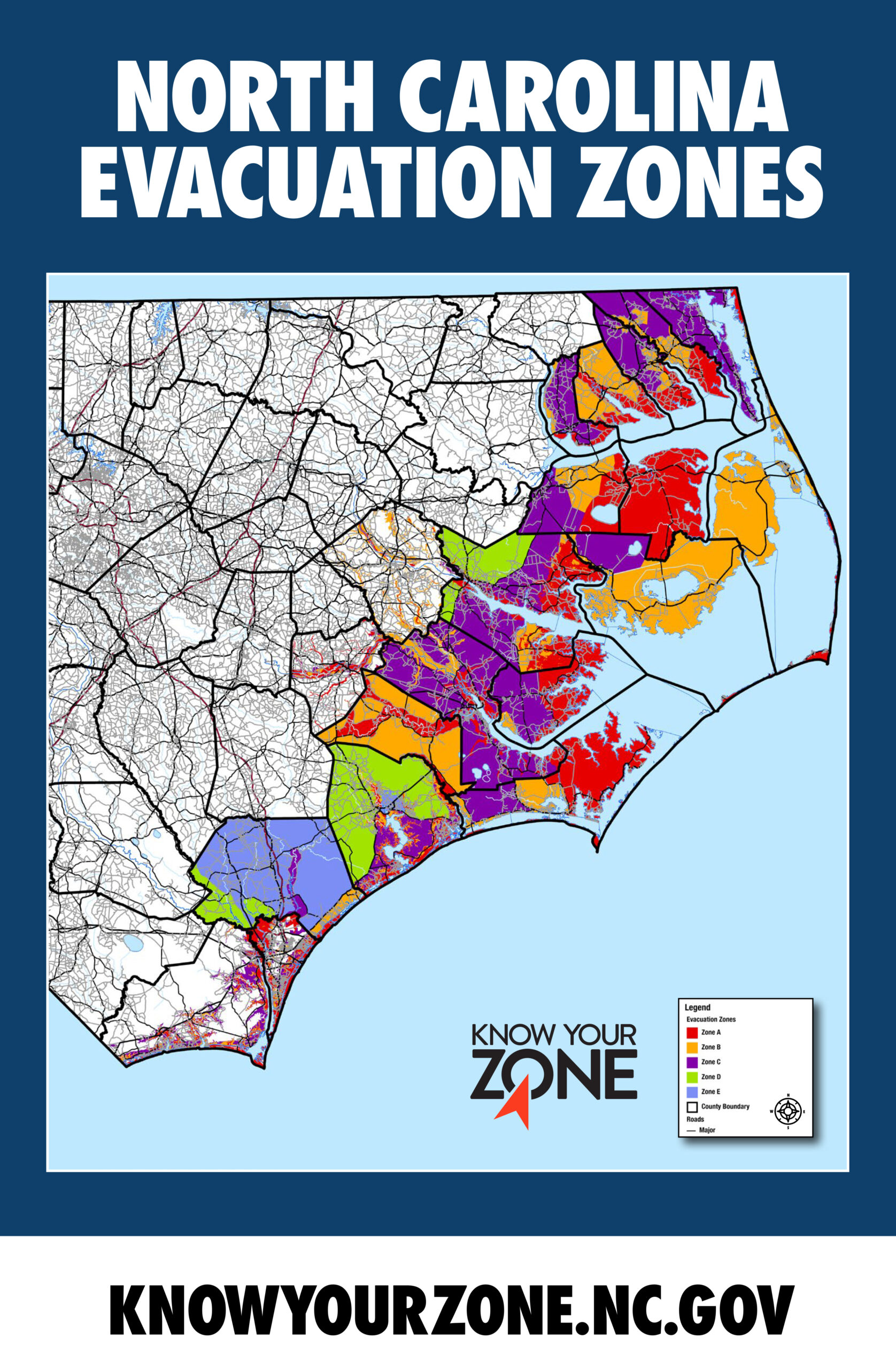 The Atlantic hurricane season runs from June 1 to November 30 and includes an area covering the Atlantic Ocean, the Caribbean Sea, and the Gulf of Mexico. NOAA reports that for the last 30 years, the Atlantic season has averaged 14 named storms, seven hurricanes, and three major hurricanes.

The first named storm usually forms in mid to late June, the first hurricane in early to mid- August, and the first major hurricane in late August or early September.

Residents and visitors to North Carolina’s coast can refamiliarize themselves with evacuation zones and routes by consulting the resources below. 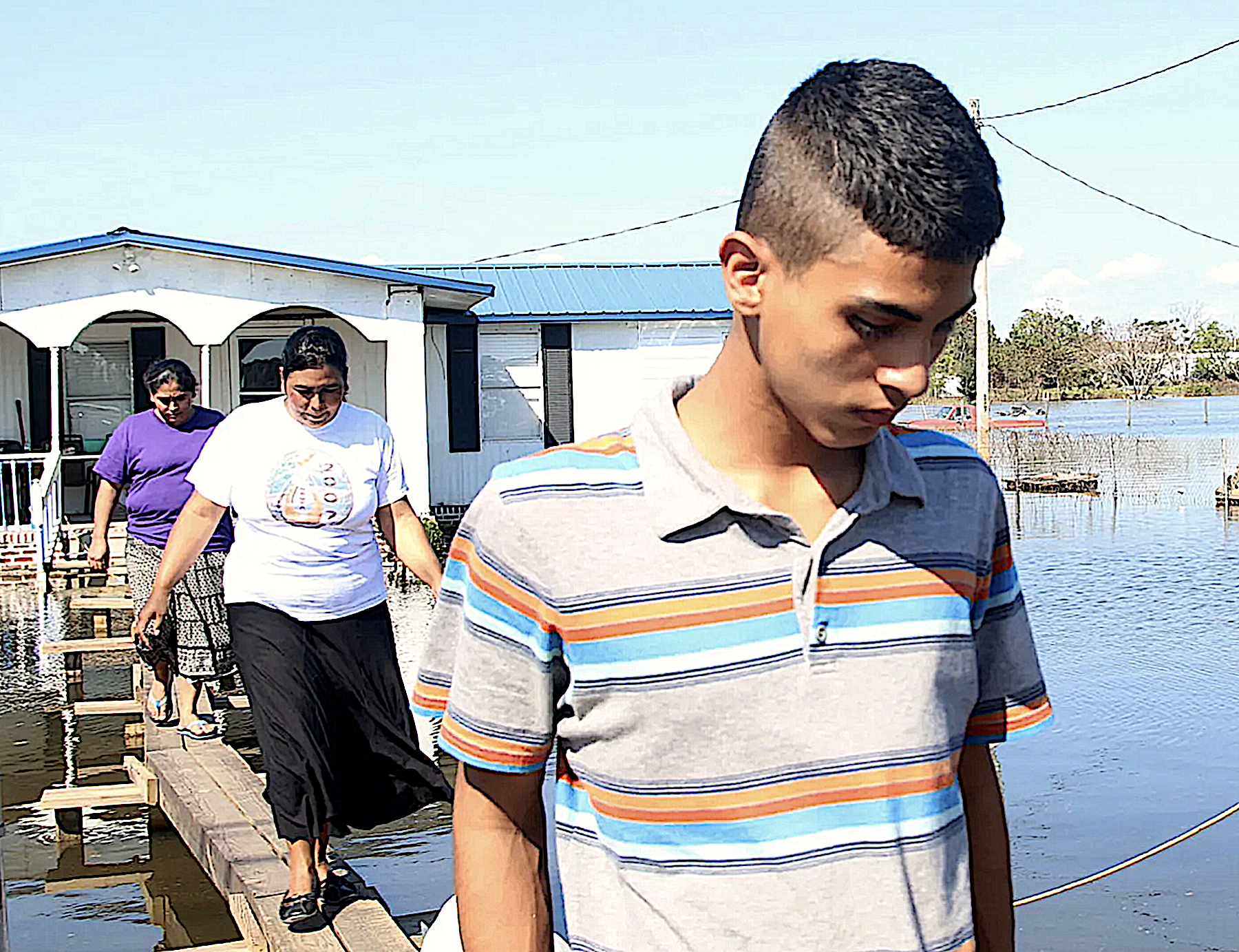 In conversation with members of the Enlace Latino NC team, people in the Latino and Latina community who were affected by hurricanes reported that language barriers and the lack of accessible information hampered prevention and recovery efforts. After listening to their needs, Enlace Latino NC has launched Prepárate NC, an online guide with resources for the hurricane season in Spanish.

Prepárate NC provides practical and educational tools to help mitigate the great risks that the Latino and Latina community faces from the impact of hurricanes. The online guide provides resources designed to be useful before, during, and after hurricanes hit, including practical recommendations about how to reduce damage to the home, the most convenient evacuation routes, and how to purchase insurance that will save thousands of dollars on repairs.

In addition, Prepárate NC includes directions to shelters, instructions on what to do in a power outage, and how to respond if the streets are flooded. The site also includes post-storm tips on returning home safely, doing repairs, collecting flood insurance, accessing temporary housing, and seeking assistance from both the state and non-governmental organizations.

— adapted from a press release from Enlace Latino NC 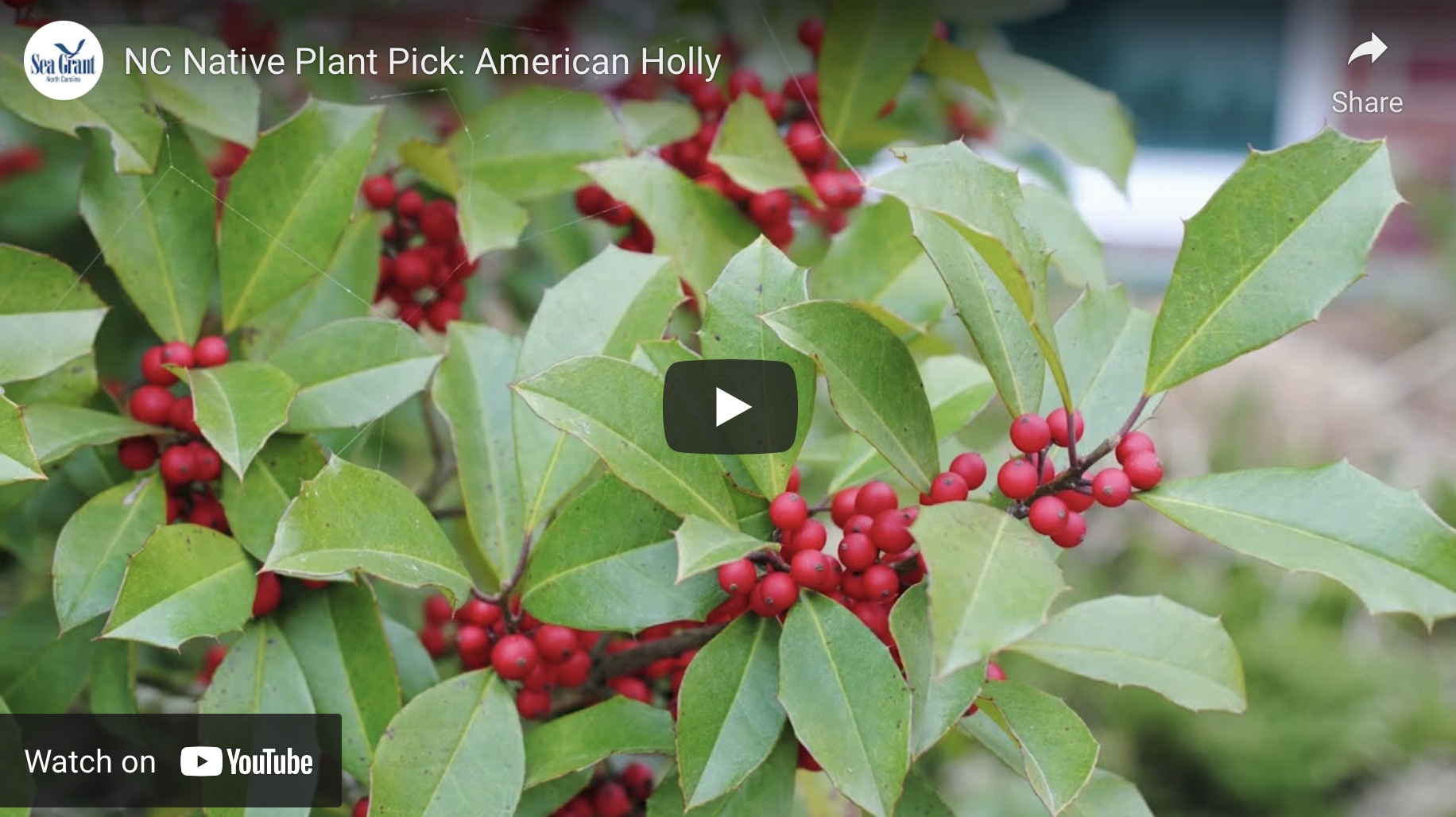 Demand for native plants has increased as more people plan for nature-enhancing landscapes. But is the industry poised to deliver?

A mix of different-sized commercial plant growers in North Carolina responded, says Harrison, coastal economics specialist for Sea Grant. The majority of growers reported offering a mix of both native and non-native species. Most (67%) said demand for native plants has increased over the last five years, while less than one-third reported demand stayed the same.