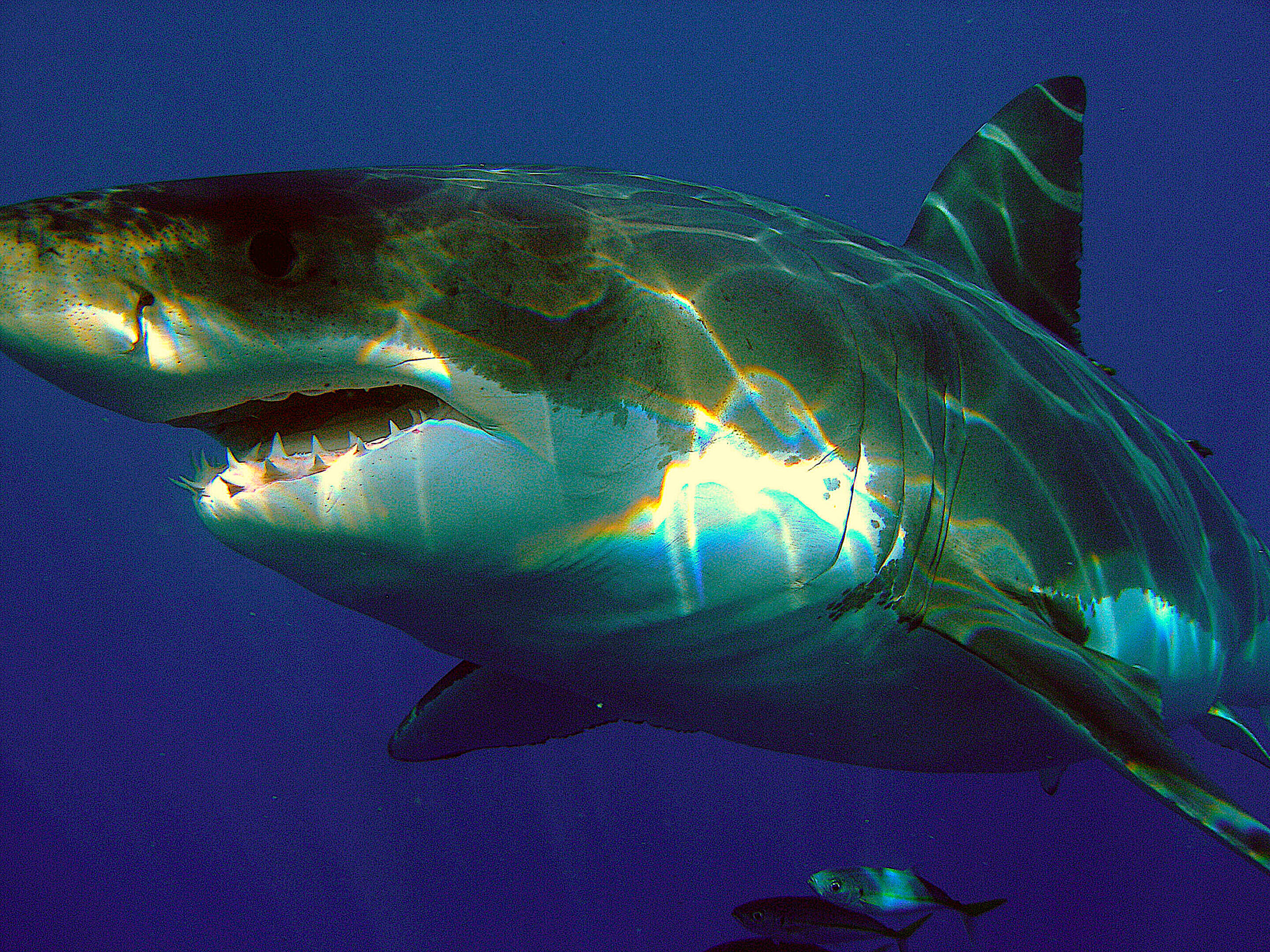 North Carolina Sea Grant’s Sara Mirabilio is continuing collaborative research to keep sharks away from commercial fishing gear. A multi-campus team is partnering with the private sector to pilot test a device that deters the predators.

“Several sharks are overfished or are experiencing overfishing on the U.S. East Coast,” says Mirabilio, a fisheries extension specialist. “Populations of scalloped hammerhead, dusky, sandbar, and blacknose sharks all could benefit from an effective deterrent from commercial fishing gear.”

Most often, sharks are caught unintentionally — as “bycatch” — when fishers are targeting other fish, she explains.

Mirabilio and colleagues, including Richard Brill, an affiliated scholar at the Virginia Institute of Marine Science, are further testing a state-of-the-art electronic device that could help conserve species of sharks whose populations fishery managers are trying to rebuild. Brill says that unlike other fish, sharks possess an electrosensory system that equips them to detect close-range movements of predators or prey.

Watch “Why So Many Sharks Die and What We Can Do About It” from PBS’s Sci NC:

“Sharks eat the fishing boat’s intended catch before it can be brought aboard,” explains Capt. Matt Huth, one of the team’s commercial fishing industry partners and the owner of Fresh Catch Seafood.

Mirabilio says it’s no surprise that earlier surveys have shown that commercial longline fishers are motivated to use a device that deters predators. “Beyond the economics, keeping sharks away altogether is more acceptable to the industry than time-area closures, mandatory release, and the use of specific hook types or configurations of longline-gear.”

Over the course of 15 fishing days last year, a total of 141 sharks from nine species were captured on all but 34 hooks near M‐B BRDs that emitted no electric pulse. In contrast, an active M‐B BRD reduced shark catch by greater than 50%, although the effectiveness of the bycatch reduction devices was species‐specific.

Mirabilio and her colleagues are now refining their current M-B BRD design to increase its  practicality and manufacturability, as well as to enhance its usability both at larger distances from baited hooks and at greater depths. The team will conduct a new round of field tests with commercial operators.

“NOAA has made reducing shark bycatch a management priority,” says Mirabilio. “Positive results with our refined design would demonstrate that this device could help reduce shark bycatch nationally — and globally.”