North Carolina Sea Grant provides expert assistance to the state’s diverse seafood and fishing industries, with staff members serving on advisory panels and connecting researchers to people who work in commercial and recreational fishing, aquaculture, and seafood. For decades, Coastwatch has chronicled how such projects help coastal communities sustain livelihoods, coastal culture, and the long-term health of our fisheries.

Cultivating the  Sea:
Is There a Profitable Market for Farm-Fresh Black Sea Bass?
in the Autumn 2022 issue
Thanks to breakthroughs from a team at UNCW, this seafood favorite could reach many more consumers.

Is There a Future for Oyster Relaying in North Carolina?
in the Autumn 2022 issue
For years, oyster farmers in our state have reported greater numbers of healthy oysters in areas that they harvest.

What’s So Special About North Carolina’s Oysters?
Savoring the NC Oyster Trail
in the Autumn 2022 issue
Farms, tastes, and tales — now foodies and adventurers can explore the magic of the North Carolina oyster.

New Links in the Sea-to-Table Chain:
The North Carolina Local Food Council Responds in the Pandemic’s Darkest Hour
in the Fall 2021 issue
The loss of restaurant and other food service markets shook the commercial fishing industry to its core in the first half of 2020.

The Anglers Who Are Best at What They Do — And More
in the Summer 2021 issue
In this study most anglers were locals, and most ended the day empty- handed.

Magic at 64.4 Degrees
in the Spring 2021 issue
Diligence and hard-earned expertise contributed to a recent breakthrough that has positioned farmed striped bass for commercial success. And scientists behind the innovation say they couldn’t have done it without another key ingredient: luck.

Blue Economy
in the Spring 2021 issue
Farmers and fishers have much in common in the way of obstacles and opportunities.

Life on a ‘Finger between Two Bays’
in the Winter 2020 issue
As North Carolina’s shellfish aquaculture industry booms, new and established growers alike turn to Jimmy Morris for sage advice.

Sharks, Shrimp, and Computerized Fish IDs
in the Autumn 2020 issue
Are we catching more shrimp offshore during the winter and spring?

Blood Draw at the Horseshoe Corral
in the Autumn 2020 issue
An essential medical safety test used around the world depends on horseshoe crab blood, and scientists may have discovered the key to a sustainable supply.

Blacktip Sharks, Historic Dock Photos, and Hand-Crank Electrofishing
in the Summer 2020 issue
What will historic dock photos reveal about fisheries?

Zoom In on Aquaculture
in Spring 2020
A blue crab starts life as a microscopic larva that drifts through the water eating zooplankton and plant materials.

Spreading the Word about Southern Oysters
in the Spring 2017 issue 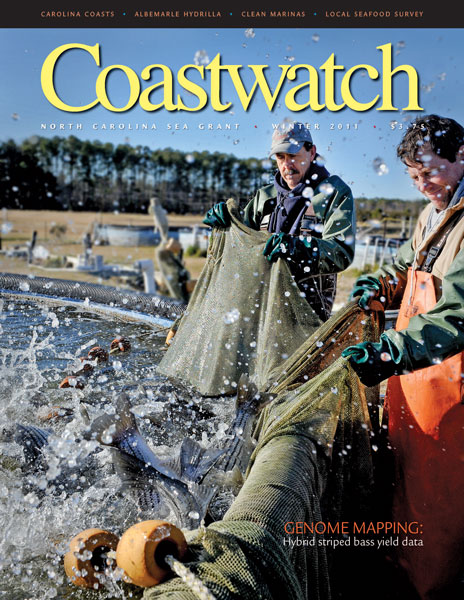 Does it Really Start at Home?
How North Carolina Marine Habitats Influence Black Sea Bass Growth and Maturity
in the Holiday 2015 issue 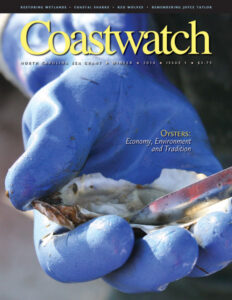 The Seafood Safety Squad:
Ensuring Quality of Coastal Delicacies
in the Spring 2014 issue

Taming the Trout: Burgers Go Fishing
in the Autumn 2014 issue 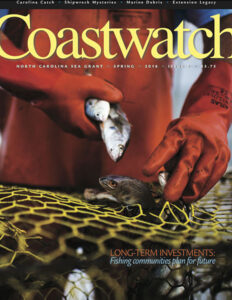 A Center for Growing Seafood, Testing Ideas
in the Winter 2013 issue 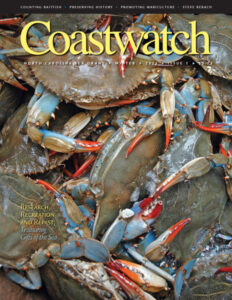 Hooks in the Gulf Stream: Captains and Scientists Reel in Data
in the Winter 2012 issue

Aquaculture: Science Working for the Economy
in the Holiday 2012 issue

In Search of a Better Way: Adjusting Shrimp Trawl Gear
in the Holiday 2012 issue 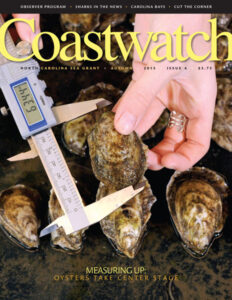 Fins to the Left, Fins to the Right: Netting Sharks to Snare Data for Fisheries Management
in the Spring 2011 issue

Counting Kings:Text Reporting Catches On
in the Summer 2011 issue

Winds of Change: Shrimpers Plan for the Futureta
in the Holiday 2011 issue

Sustainability Series: Local Governments In Action
in the Winter 2010 issue 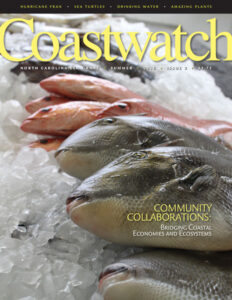 Species on the Brink: Latest Challenges for River Herring Research
in the Winter 2009 issue 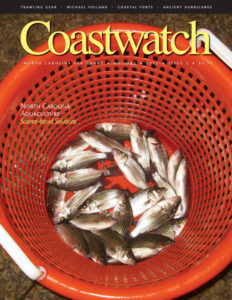 A Pound of Prevention
in the Holiday 2009 issue

Finding Fish in Lots of Water
in the Winter 2008 issue 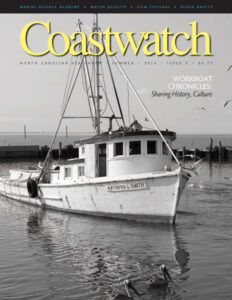 Wild Caught: The Life and Struggles of an American Fishing Town
in the Winter 2007 issue

Curbing the Import Appetite: Selling American Shrimp in the U.S. Market
in the Winter 2007 issue

No One Ring: Testing the Effects of Cull Rings on Crab Landings
in the Winter 2007 issue 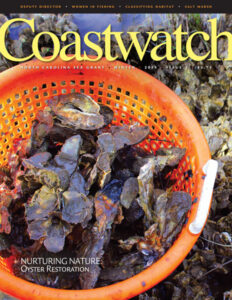 in the Early Summer 2007 issue