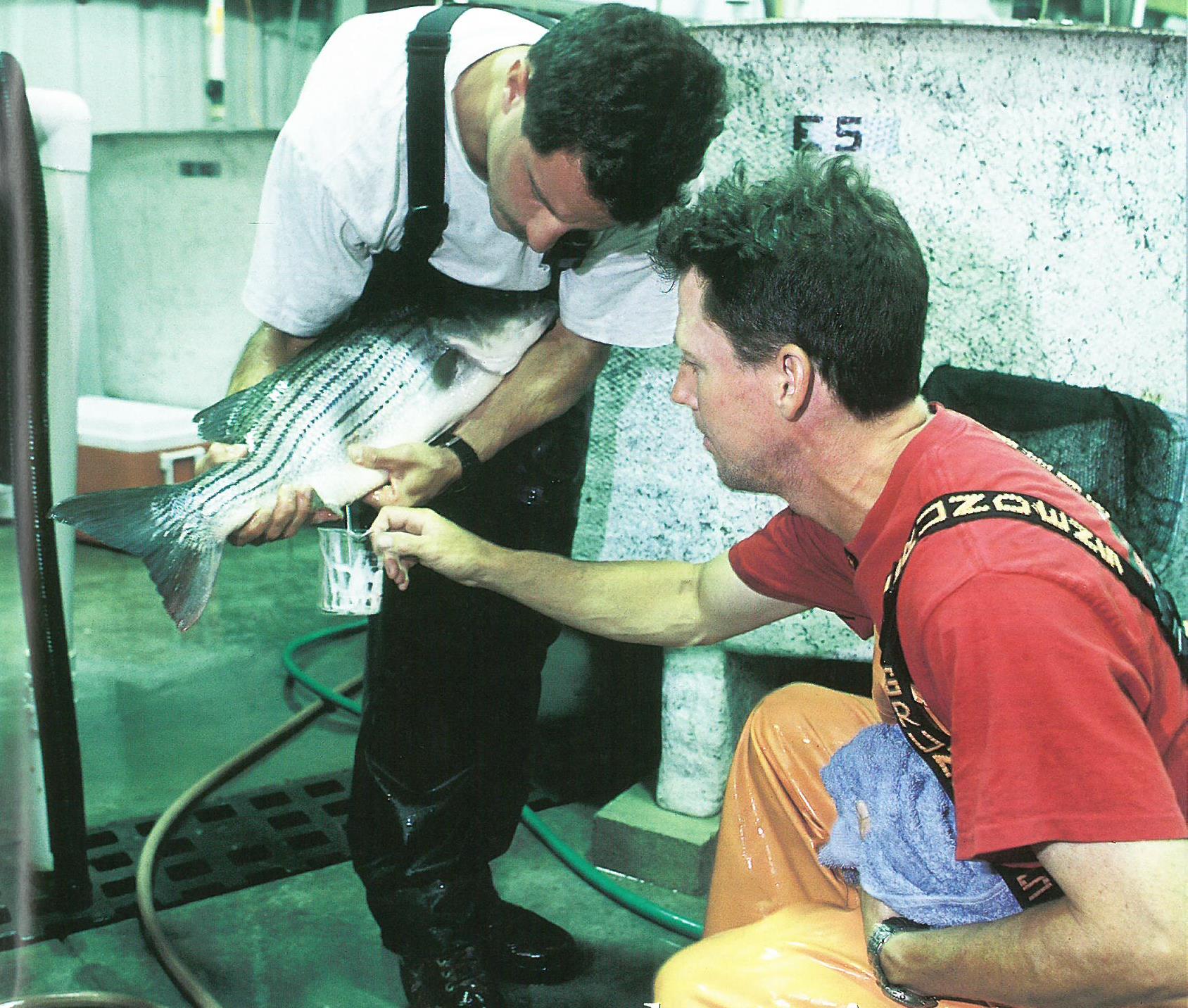 This spring, North Carolina Sea Grant researchers will begin a new round of projects, each aimed at a particular aspect of our coast and its vast resources.

In the next year, Sea Grant will spend more than $1 million on research. Nearly $770,000 will be awarded for 17 projects at five campuses in the University of North Carolina System. And $300,000 will support graduate students working on the projects. 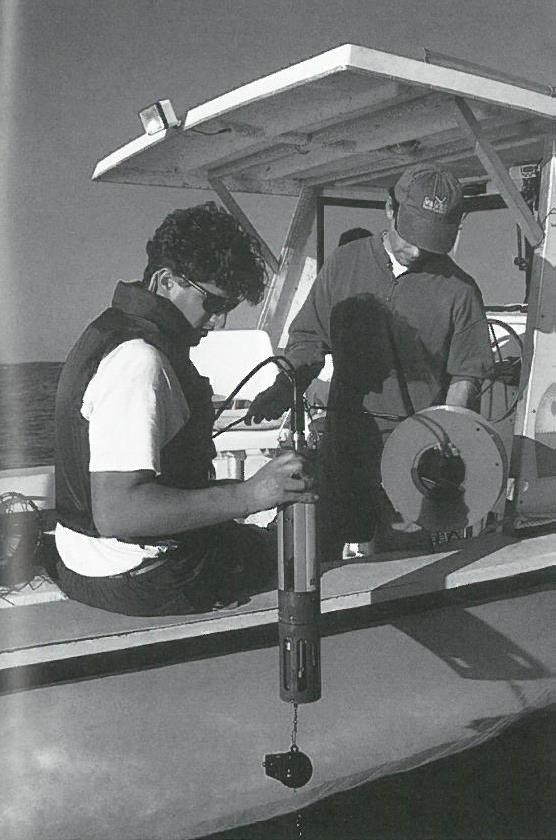 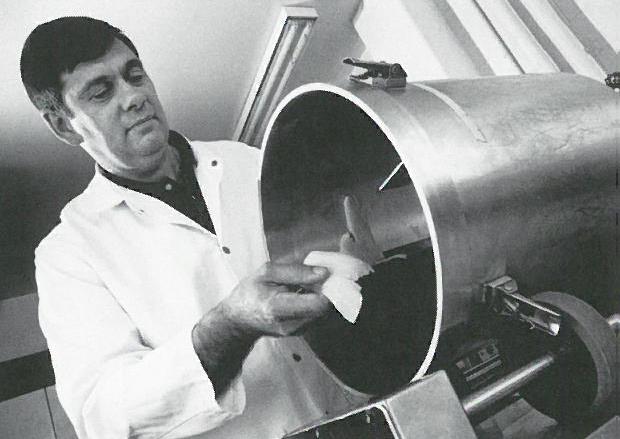 “Each project meets an identified need in our state,” explains North Carolina Sea Grant Director Ronald G. Hodson. “We anticipate scientific results that will have direct impact on coastal issues.”

Such direct impacts have been the hallmark of Sea Grant’s “applied research” projects since the program first funded studies in North Carolina more than 30 years ago.

Sea Grant results are shared with researchers around the country and the world, and with state agencies, community groups, business leaders and others who must make tough decisions regarding coastal resources.

The scientists are not alone in efforts to share the results. Sea Grant extension specialists and communicators link university researchers and the public, during the data gathering process and when final results are available.

“Our Sea Grant staff members can translate the technical research techniques — and often complicated results — into terms that the public can understand,” Hodson says.

While the science of each new project may be targeted, the research is within the context of important overall questions, such as:

Can we find better ways to assess the quality of North Carolina’s coastal waters? And how does water quality affect the stocks of fish that have crucial nursery grounds in our sounds and estuaries?

How can we ensure seafood is safe to eat?

How can we improve aquaculture techniques and procedures to provide a sounder economic return?

How is our coastal population changing? What groups are moving to our coast?

How can coastal science topics be included in more classroom lessons?

The projects are selected through a stringent review process. Last spring, researchers across the state were invited to submit “preproposals,” which were reviewed by an in-state committee that looked at the particular relevance and need in North Carolina.

Based on comments from the task force, the researchers developed “full proposals.” Sea Grant then sent those proposals to out-of-state peer reviewers who are experts in specific fields. Those reviews — which evaluated scientific hypotheses, research techniques, etc. — were considered in the final review process by an out-of-state review team of expert scientists and managers.

Of the 32 full proposals submitted last year, 17 were selected, reflecting a spectrum of coastal issues. Organized into broad topic areas, they are:

“Hypoxia and Estuarine Nursery Habitat Quality: An Experimental and Modeling Approach Linking Low Dissolved Oxygen with Fish Survival and Growth,” by Jim Rice of NC State University, in collaboration with Sea Grant researchers from Delaware and Louisiana. (This project started in the 2000-2002 cycle and will continue for one more year.)

“Impact of Striped Bass Predation on Young-of-the-Year River Herring in the Albemarle Sound Estuary,” by Jeffrey A. Buckel and Joseph E. Hightower, both of NC State. (Hightower also serves as the assistant leader of the N.C. Cooperative Fish and Wildlife Research Unit.)

“Broken Rungs at the Bottom of the Ladder: Effects of Stratification-Induced Hypoxia on Trophic Transfer Between Plankton and Grazers in a Shallow Eutrophying Estuary,” by Peter S. Rand of NC State.

“Reproduction of Domesticated Striped Bass: Coldbanking to Arrest Maturation and Atresia,” by Craig V. Sullivan, NC State. (This project started in the 2000-2002 cycle and will continue for one more year.)

“Accelerated Genetic Improvement of Striped Bass: Molecular Biomarkers of Growth Performance,” by Russell J. Borski and Craig V. Sullivan, both of NC State. (This project will start in 2003.)

“Characterizing the Stress Response of Vibrio vulnificus to Sublethal Stresses During Oyster Handling and Processing,” by MaryAnne Drake, David P. Green and Lee-Ann Jaykus, all of NC State.

“The Viable But Nonculturable State in Human Bacterial Pathogens in Eastern North Carolina Waters,” by James D. Oliver of UNC-Charlotte.

“Increasing Ammonium Concentrations in the Cape Fear River Estuary: Where is it Coming From?” by Robert Kieber, Joan Willey and Stephen Skrabal, all of UNC-Wilmington.

“Oyster Reefs as Fisheries Habitat: The Influence of Edge Characteristics and Vertical Complexity,” by Martin Posey and Troy Alphin of UNC-Wilmington.

And through the course of each year, Hodson provides minigrants of less than $10,000 to researchers with smaller projects. “In many cases the minigrants have provided seed funding for more extensive research efforts funded by Sea Grant or other agencies,” Hodson says.

“Together,” he adds, “the various Sea Grant research efforts provide a solid framework to encourage critical inquiry into topics that affect not only coastal residents but all who care about issues such as water quality and safe and plentiful stocks of seafood.”

Watch future issues of Coastwatch for stories on these and other Sea Grant-funded research projects.

This article was published in the Spring 2002 issue of Coastwatch.