In July, the National Sea Grant program — which is celebrating 50 years of research, education and outreach on coastal topics — focused on water resources. For five decades, Sea Grant programs and projects nationwide have addressed a range of water issues, including quality, quantity, and supply or oversupply, in the case of flooding. Throughout the month, North Carolina Sea Grant staff and friends shared their favorite waterway memory. Here are some highlights. 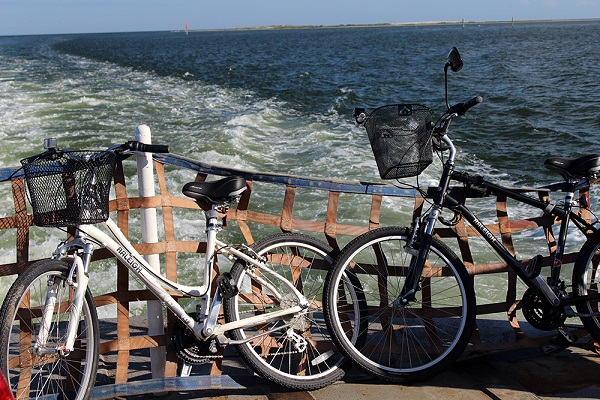 • Taking the ferry over to Ocracoke for a day of bike riding with my husband. — Vanda Lewis, North Carolina Sea Grant Mariner’s Menu blogger 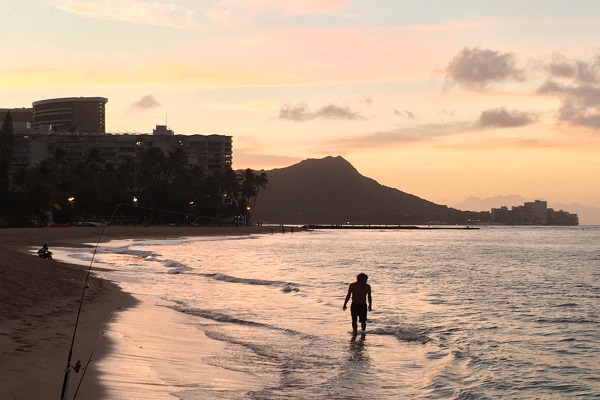 • During my first couple of days in Hawai‘i, I kept waking up before dawn because of the time difference. So, I would head down to the beach near my hotel to watch the sun rise over Diamond Head State Monument in Honolulu. One morning, I saw a man with several rods staked into the sand fishing for his family. He said he came to the beach a few mornings per week to catch fish as his family’s main protein source. It was cool to see someone maintaining sustenance fishing as a cultural tradition, even amidst the glossy hotels and upscale boutiques of Waikiki Beach. — Lisa Schiavinato, North Carolina Sea Grant Coastal law, policy and community development specialist 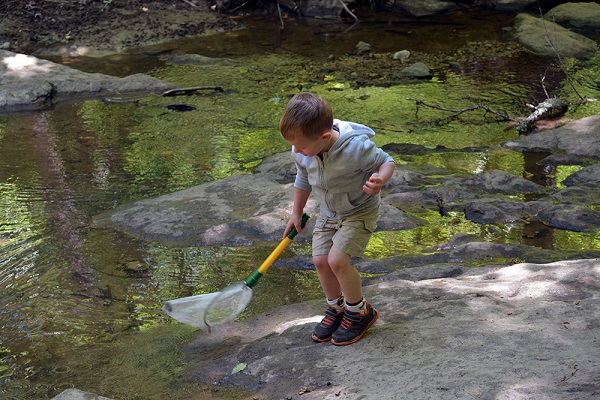 • Catching critters — crane fly larvae, crawfish and chiggers — at William B. Umstead State Park in Raleigh. The next generation should start off outside exploring and learning about the world around us as a way to move us forward. Fresh water and salt water, urban and rural, keep looking! — Susan White, North Carolina Sea Grant executive director 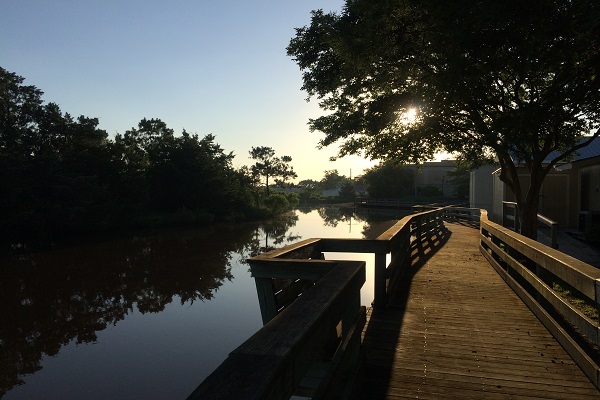 • Being from the Midwest, I haven’t spent much time near the ocean, and I’m much more familiar with farming communities than fishing communities. I have traveled to the North Carolina coast a few times since joining Sea Grant in March, and each trip I find myself more at home. It doesn’t hurt that small fishing villages like Engelhard in Hyde County are so charming and peaceful — especially at sunrise. — Diana Hackenburg, North Carolina Sea Grant science writer 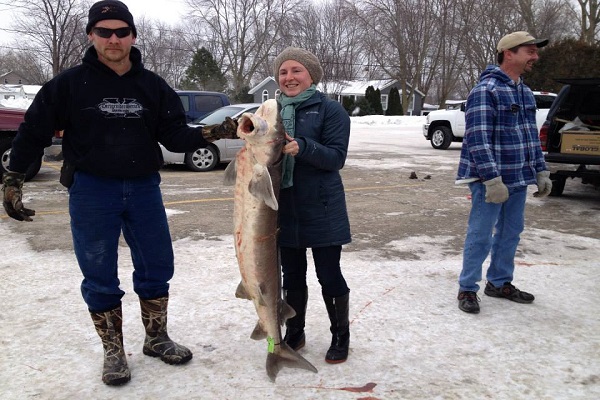 • White and still in February, the earth had been frozen for months. A thick sheet of ice covered Lake Winnebago. Trucks and trailers dotted its surface out to the horizon. I was enjoying a hot toddy in Jim and Linda’s Supper Club, a staple of traditional Wisconsin cuisine, waiting for the sturgeon to be speared and harvested by eager fishermen from the cold waters below. That one drink gave me the courage to attempt to hold one of the giant, prehistoric fish at the weigh-in station. 89 pounds? 96? I don’t remember now. But I did need help from the fisherman who caught it. That day I witnessed an ancient practice undertaken by a hearty people in a watershed that supports the largest self-sustained lake sturgeon population in the world. Wow. — Jane Harrison, North Carolina Sea Grant coastal economist and formerly with University of Wisconsin Sea Grant Institute 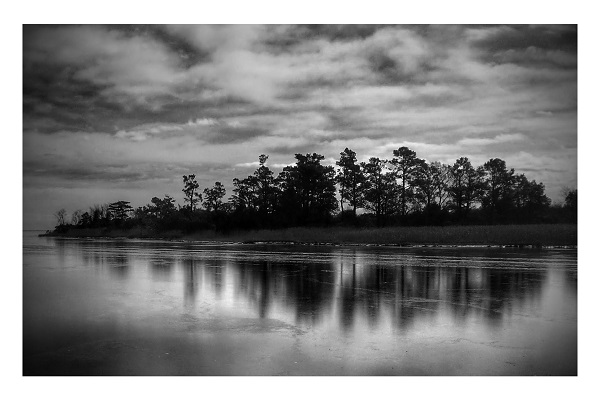 • This was taken in Engelhard, North Carolina, at the entrance of Far Creek on the afternoon of Feb. 21, 2015, after almost two full days of subfreezing temperatures, just as the creek entrance was beginning to thaw. — Jessica Whitehead, North Carolina Sea Grant coastal community hazards adaptation specialist 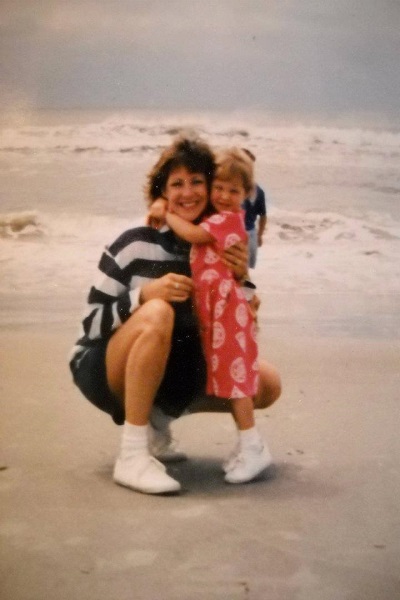 • Growing up, spending summers at my grandparents’ beach house at Ocean Isle: The most pressing concerns were whether there was enough fish to fry for dinner and where the bug spray got stashed. — Janna Sasser, North Carolina Sea Grant communicator, pictured here with her mother 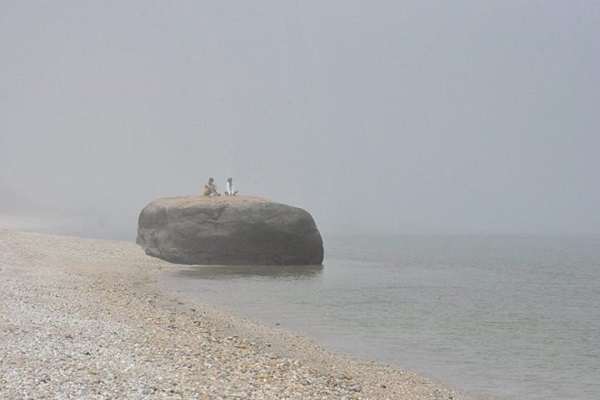 • My watershed moment came in 1963 when I was 13 years old. While walking in the early morning with my fishing rod along a stretch of the Long Island Sound shoreline in the Town of Riverhead, New York, I cast a surface plug just to the right side of this big rock (a glacial erratic). A swirl appeared and a fish grabbed the lure. A short time later, I landed a 6-pound striped bass — my first ever! Being so very happy and in awe of the experience, I pledged that day to pursue a career in natural resources. And I am glad to say I ultimately did that! — Mike Voiland, former North Carolina Sea Grant executive director