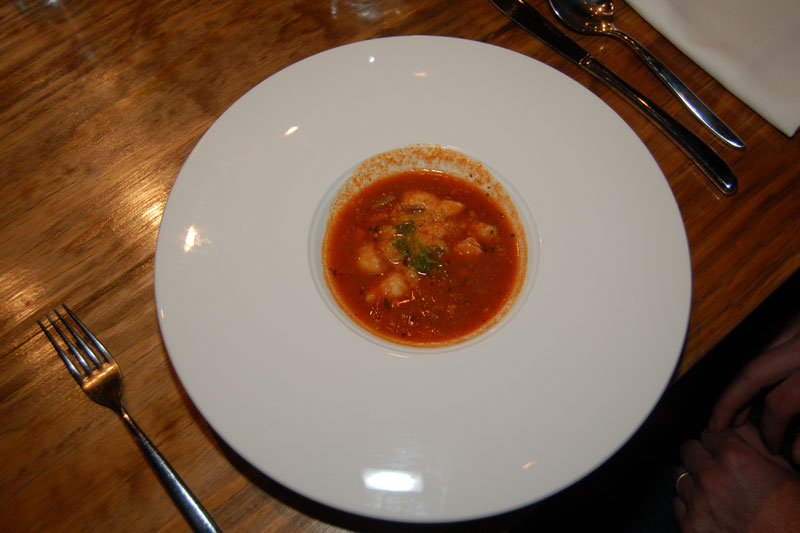 Would you eat cape shark? With a fork? With your fingers? Not at all?

Fishermen get 10 cents per pound for whole fish delivered to the dock. But processed meat can sell starting at $3 per pound.

Currently, the majority of cape shark harvested in North Carolina — and the East Coast — is sent to Massachusetts for processing. They are shipped to Europe, destined to become half of the famous fish-and-chips duo. 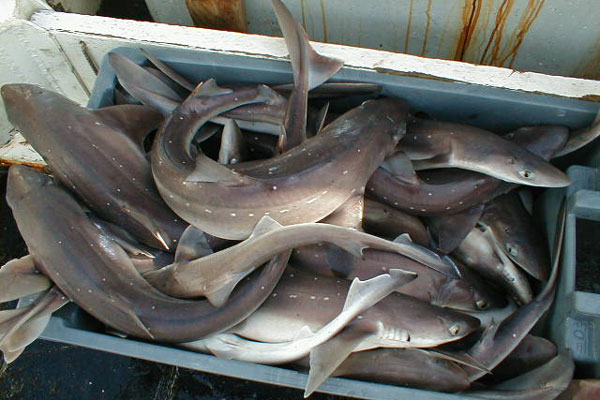 They have plans for the shark that could benefit the state’s coastal communities and consumers — and enable fishermen to earn more for the fish they already bring in.

“The goal is not to increase the catch of cape shark. Our fishermen already land a lot of this species,” Baker explains. “We want to help them get more value for their product — and keep this money in their community.”

If more restaurants and consumers want cape shark, the Sea Grant specialists hope that local fish houses might begin to process the shark. This move could create jobs, keep the fish in the state and inject more cash into coastal economies.

In addition, the Sea Grant team wants to know if this fish could be an alternative to popular commercial species — such as grouper, snapper or flounder — that are becoming harder to find due to harvest restrictions.

“We want to identify new markets for this species that essentially is unknown to American consumers. Restaurants are the logical choice because more than three-quarters of seafood in this country is consumed at those locations,” says Nash, noting that Sea Grant had previously conducted similar tests for lionfish and sturgeon.

Willie R. Etheridge Seafood Company in Wanchese cut the fish for this study. Chefs from Café Lachine in Nags Head, Bistro-By-The-Sea in Morehead City and Pembroke’s in Wilmington served cape shark in traditional and imaginative ways.

Seafood consumers — typically regulars at these restaurants — were recruited to form sensory panels to taste and score the various appetizers, salads and entrées featuring the species. 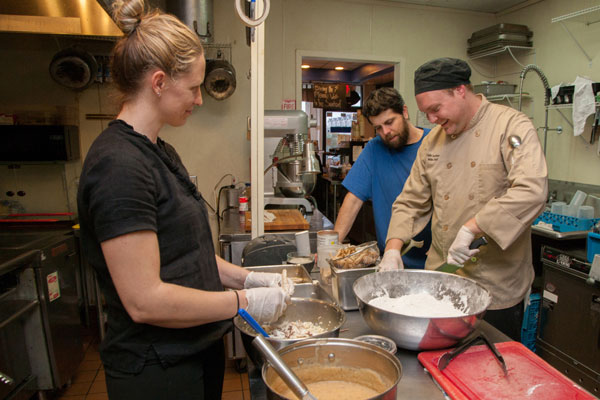 “We’re always interested to try new products,” says Johanna Lachine, co-owner of Café Lachine. “We wanted to be part of bringing it to the Outer Banks.”

She offered several preparations of cape shark — including simmered in a chowder, marinated and steamed with soy sauce, and deep-fried as croquettes — to discover what consumers would like.

“You have to try it. That’s what it’s all about,” she notes. Some dishes went over better than others, and not necessarily as she expected. For example, the chowder was wildly popular but the cornmeal-crusted fish scored poorly.

The process enabled Lachine to learn more about her customers’ preferences. She notes that the fried and blackened options would likely be the crowd pleasers.

The group sensory sessions were completed in late March. Stay tuned for more updates and results.

See the Spring 2015 issue of Coastwatch for the story on sturgeon taste tests, and the Holiday 2015 issue for the article on the lionfish sensory panels.

Tim Coyne, executive chef of Bistro-By-The-Sea, shares this recipe for blackened cape shark that he prepared for one of the sensory panels. If you cannot get cape shark, substitute with a white-fleshed fish. 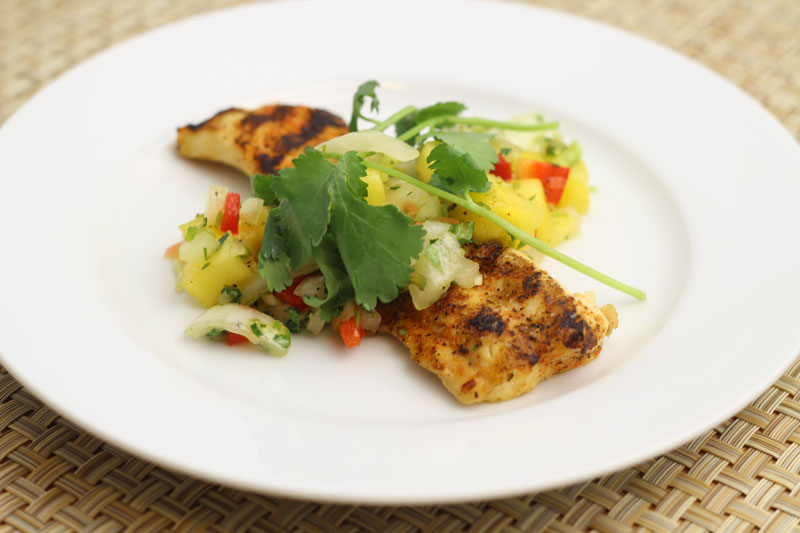 Three coastal restaurants prepared cape shark in imaginative ways, including this dish with pineapple salsa over the blackened filet. Photo by Vanda Lewis

Lightly dust four cape shark fillets with blackened-spice seasoning. Grill in a broiler or sauté in a pan with canola oil.