Long, sensuous Southern sentences flow and swirl like waters around old cypress stumps, bringing strong yet gentle images of the rivers entering broad sounds. These same sentences reveal the years of friendships and kinships that Bland and Ann Cary Simpson have with Eastern North Carolina. 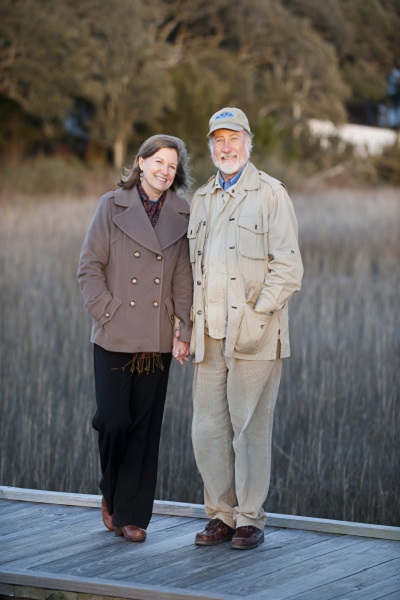 While I can’t even start to play with images like Bland, I can appreciate his skill and craft with words. The extended sentences carry richness and fullness to places and people we meet in Bland’s book. I can read about a morning breakfast with Willy and Feather Phillips on the deck of their grain-bin home on the Little Alligator River and practically smell the grits and fried flounder.

The most recent of his six books, Little Rivers and Waterway Tales (UNC Press), is a joy to read. My sister, Robin, gave me the book in September for my birthday. She knew how much I have enjoyed kayaking in North Carolina.

Now I want to sponge out the old kayak and slide through new watery paths. I don’t have Bland’s connections, friends or youthful experiences in the rivers, black water swamps or backside sounds of the Outer Banks and Ocracoke, so his stories add the human factor.

I have lived for over a decade outside of North Carolina. Bland’s book brought vivid memories to mind and draws me to return to dip a paddle in North Carolina’s beautiful waters.

One of my most interesting projects while I was the education specialist with North Carolina Sea Grant was a 1999 effort to initiate a GIS-based paddle trail system.

Among the volunteers who provided leadership and knowledge were Tom Potter, now executive director of the N.C. Paddling Association and previously with the N.C. Division of Parks and Recreation; Sue Lintelman with the North Carolina Partnership for the Sounds; and Jack Thigpen, now Sea Grant extension director.

All of us had paddled some of the state’s rivers — also mentioned in Bland’s book — and wanted to share our enthusiasm and information with other paddlers. Our team could do the mechanics of put-ins and puts-outs, camping and such, but we did not know the stories. We did not know the existence of flash towns of the timber industry whose remnants are brick clumps exposed at low tide or small communities now marked only by a cemetery. This is a book to enrich any paddling trip. 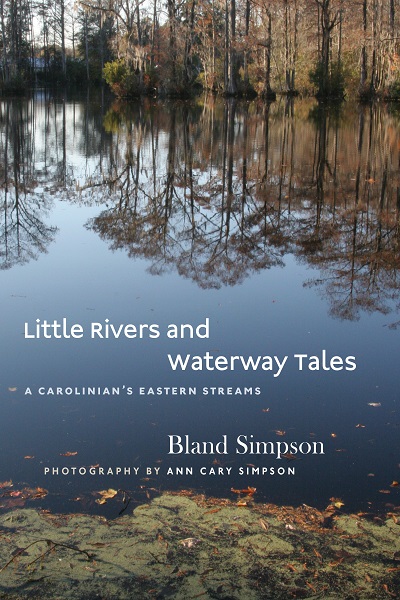 One of our exploratory paddling adventures down the middle Black River brought us to Cone’s Folly and the Three Sisters swamp. We traveled with brothers Richard and David Cecelski — friends of Bland and Ann — and their golden retriever, all packed comfortably in a canoe with tent, coolers and food. These guys knew the wildlife and history of this river.

Especially fascinating are the 2,000-year-old cypress trees, dated by University of Arkansas foresters. These are not the tallest trees. Over time, their crowns have been shattered by lightning strikes and hurricanes winds, but their bases are immense and buttressed by giant knees.

Everything Bland wrote about this mysterious and fabulous spot rings true to me. He doesn’t have to exaggerate about the beauty of Black River. If you have been there, you can remember more clearly what you saw after reading his chapter on the Black. If you haven’t been there, you will want to. Ann’s black and white photograph captures the visual impact on entering the swamp.

Ann is an expert in light, and the feel of the waters. Her angles for the Lost Soul Tree in Shelter Creek and the Walking Tree on the Upper White Oak are perfect. Her current images and early photographs from unknown camera enthusiasts illustrate Bland’s words.

You can read any chapter of this book if you have a particular interest in one place or another. Each chapter has a story, past or present. However, the format starts at the northeastern rivers of the Pasquotank, Cashie, Scuppernong and Little Alligator and Milltail Creek. Then you jump out over Pamlico Sound to Ocracoke and then back to the middle coast of the Contentnea, Trent, Taylor’s Creek, White Oak and New rivers. You travel south to tributaries of the mighty Cape Fear River, including the Black.

The story of barging the Palmgren-O’Guinn house from one site to another behind Wrightsville Beach for the North Carolina Coastal Federation was amazing. I came away with a true admiration for the Matyiko family who own Expert House Movers of Virginia Beach, and the engineers and the tug boat captain who maneuvered the large structure onto a barge, around obstacles in the Intracoastal Waterway, through the raised bridge and narrow channels.

Maybe the house wasn’t huge to this company. Years earlier, they were responsible for moving the Cape Hatteras Lighthouse a thousand yards.

The penultimate chapter is a tribute to boats in the Carolinas. Throughout the book, Bland and Ann travel on many craft — traditional wooden boats, canoes, kayaks and motorboats — on their long and short journeys. So it is fitting to acknowledge the creativity and skills of eastern North Carolina watermen and boat builders.

This starts with the almost 3,000-year-old cypress dugout canoes found in Lake Phelps and continues to the modern fiberglass vessels preferred by offshore sports fishermen.

Wooden boats reflect that strong connection between functional design and people who know waves, waters and inlets. The groundbreaking designs of the Albatross fleet at Hatteras Village, constructed Down East in Marshallberg, heralded the age of charter boat fishing.

The flared bow of Harker’s Island boats; the sharp, rising prows of Simmon’s Sea Skiffs; hard chines of the Core Sound sharpie; and graceful round-stern workboats are distinct features you might see on the water or at local museums.

Bland’s stories provide vivid examples of how earlier residents used boats to carry passengers and supplies from place to place when good roads and bridges were scarce.

The last chapter, Coda, reminds us how precious our little rivers and waterways are. This theme threads all the chapters.

I am grateful that Bland and Ann have used their considerable skills in sharing their love of our eastern waterways with us.

The Autumn 2001 issue of Coastwatch features a story about paddling trails in Eastern North Carolina.

This article was published in the Winter 2016 issue of Coastwatch.