The ocean economy contributed $2.1 billion and 43,385 jobs to North Carolina’s economy in 2013, according to a new report by North Carolina Sea Grant and Duke University’s Nicholas Institute for Environmental Policy Solutions.

Ocean and coastal resources played an even larger role in the state’s coastal counties, providing 6.5 percent of gross domestic product, or GDP, and supporting 13 percent of employment. And according to “North Carolina’s Ocean Economy: A First Assessment and Transitioning to a Blue Economy” report co-author Tibor Vegh, these figures are most likely low.

“Our estimates represent a snapshot in time only for the sectors where we could find economic data,” explains Vegh, a policy analyst with the Nicholas Institute.

The new report relies on NOAA’s Economics: National Ocean Watch dataset and employment information from the U.S. Department of Labor to quantify a discrete “ocean economy.” In North Carolina, this refers not just to activities that take place in the ocean, but also those that receive inputs or provide outputs to the ocean and coast. 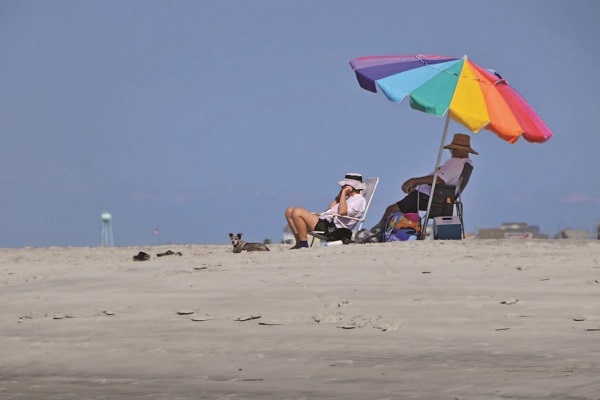 Activities with robust economic data — contribution to GDP and employment figures — include fisheries and marine transportation. Comparable information is not yet available for emerging sectors like marine biotechnology, and for ecosystem services not traded in a market, such as coastal protection and habitat restoration.

The report looks at different ways of measuring the value of these nonmarket goods and services to provide a full accounting of the ocean economy, according to Vegh. “Since many of the sectors rely on the health of the underlying natural capital asset base — fish stocks, beach and coastal water quality, natural habitats — it’s important to understand the relationships between the environment and the economy,” he says.

Balancing these activities with the long-term capacity of the natural resources on which they depend is the basic principle of a “blue economy,” an idea also discussed in the new report.

“The blue economy concept can help economists and governments better visualize connections between economic activities and ecological systems,” says co-author John Virdin, director of the Ocean and Coastal Policy Program at the Nicholas Institute. “Understanding these links can help improve decisions for those who work, eat and depend on ocean and coastal resources.”

Jane Harrison, a coastal economist with Sea Grant and co-author, gives this example: “The largest sector of North Carolina’s ocean economy is tourism and recreation, which depends on protecting the natural amenities that draw in visitors. Using a blue economy model, we could design policies and programs that help advance ecotourism, such as coastal restoration projects and workforce training.”

Expanding upon this assessment to further quantify sectors like energy, carbon markets and aquaculture is the next step in creating a working blue economy model, Virdin explains. With a more robust model, “we could look at how changes in policies affect key resources and activities, and develop strategies for really growing the ocean economy.”