MARINER’S MENU: Tastes from the Past Worth Repeating

For this Spring issue, I dusted off old copies of Coastwatch to search for recipes.

Looking back, I found many recipes worth repeating, such as smoked bluefish and Gruyère quiche, pine bark stew, and squid salad.

These issues brought back fond memories of former North Carolina Sea Grant colleagues and their accomplishments. Enjoy reading about their work in issues of Coastwatch from 1974 to 1991 at ncseagrant.ncsu.edu/coastwatch/pdf-archive.

The smoked bluefish and Gruyère quiche in the March 1981 issue caught my attention. I was drawn in by its simplicity and the fact it can be served hot or cold.

In the newsletter’s opening paragraph, the writer notes, “Centuries ago, the coastal Indians began smoking fish over glowing embers as a means of preservation. By using this method, the catch from a good fall fishing trip could be enjoyed throughout the lean winter months. However, as time passed and refrigerators came into being, preservation was no longer the primary reason people were still smoking fish. The rich, distinctive flavor produced by smoking kept the fires burning and the product in demand.”

Other recipes in that issue are dillicious — not misspelled! — dip, smoked fish salad and smoked bluefish omelet.

“Another Carolina original was the pine bark stew. During Revolutionary War times, Carolina cooks concocted the fish stew using the entire roots of pine trees for flavoring, along with a slab of bacon and a red pepper pod,” noted Nancy Davis, former Sea Grant staff writer.

In that issue, the recipe for the savory fish stew eliminates the original pine-root flavoring. Jumping ahead to the March 1984 issue, readers learned about squid.

Kathy Hart wrote, “While writers and mariners enhanced the size, ferocity and abilities of the squid, the real life and biology of the squid may be stranger than fiction. After all, the squid possesses eyes like a human, fins like fish, arms like an octopus, a beak like a bird, and power like a jet.”

Squid can be prepared many different ways. It is part of the mollusk family that includes other delectable relatives, such as clam, whelk and conch.

“When purchasing squid, look for signs of freshness. Color spots on the mantle or skin should be distinct and sharp. The color of the mantle should be bright, like fresh fish. The eyes should be clear and bright and the flesh should be firm and without an odor,” she explained.

Look for other retro recipes on the Mariner’s Menu blog, marinersmenu.org. For additional seafood preparation tips and recipes, purchase a copy of Mariner’s Menu: 30 Years of Fresh Seafood Ideas at ncseagrant.ncsu.edu/bookstore. — V.L. 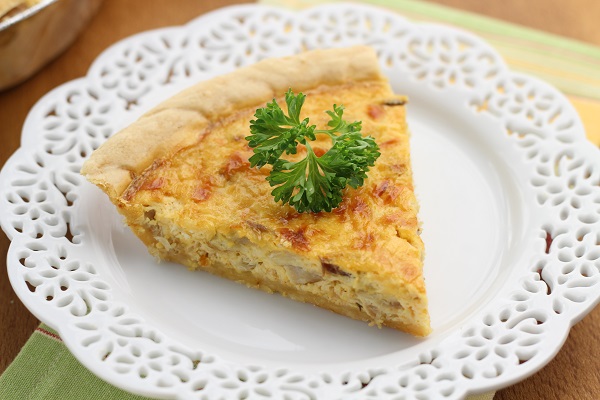 To heated milk, add cheese and spices. Remove from heat slowly, add fish and onion, and gently fold in beaten eggs. Fill crusts and bake at 325 degrees for about 45 minutes. 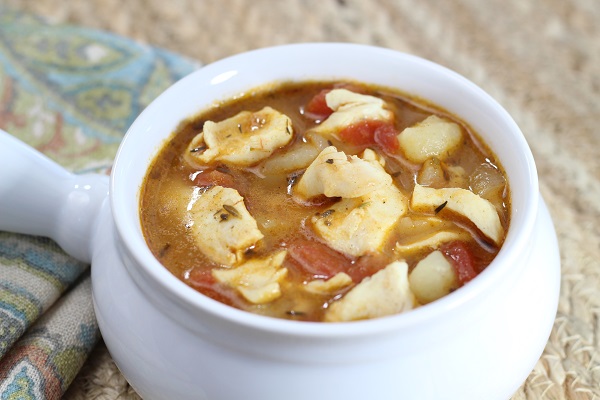 Cut bacon into squares and sauté over very low heat until lightly browned. Drain off all but about 3 tablespoons fat. Stir in onions and cook for about 5 minutes. Stir in potatoes, cover with boiling water, and season with salt, herbs and dried pepper pod. Simmer until potatoes are partly done, about 10 minutes.

Add whole fish and continue to simmer for 10 minutes. Add tomatoes and cook for 5 to 10 minutes or more, until fish flakes easily and potatoes are tender. Remove pepper pod before serving. Serves 6–8.

Note: The modern version of this stew eliminates the original pine flavoring. 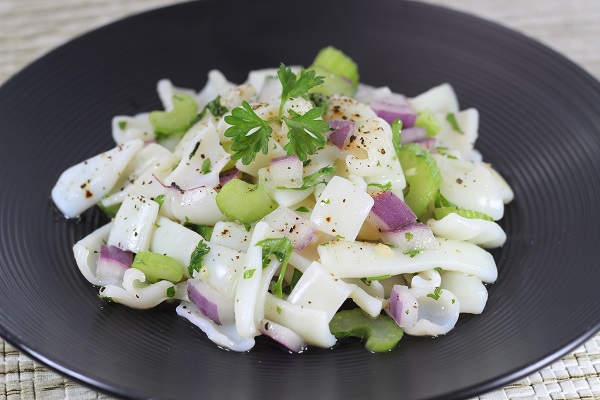