What’s the coolest thing you’ve found on the beach lately? For me, it was a seahorse.

I spied it during a scavenger hunt in Corolla. Terri Kirby Hathaway, North Carolina Sea Grant’s marine education specialist, had organized the event as part of a Sea Grant Mid-Atlantic Regional Meeting, held not long after a series of nor’easters had struck the East Coast.

My team was prowling the shore, pausing now and then to examine our growing collection of shells, stones and other sundry items. Then I noticed a tendril-like shape slowly twisting up from the sand, just several feet from where I stood. 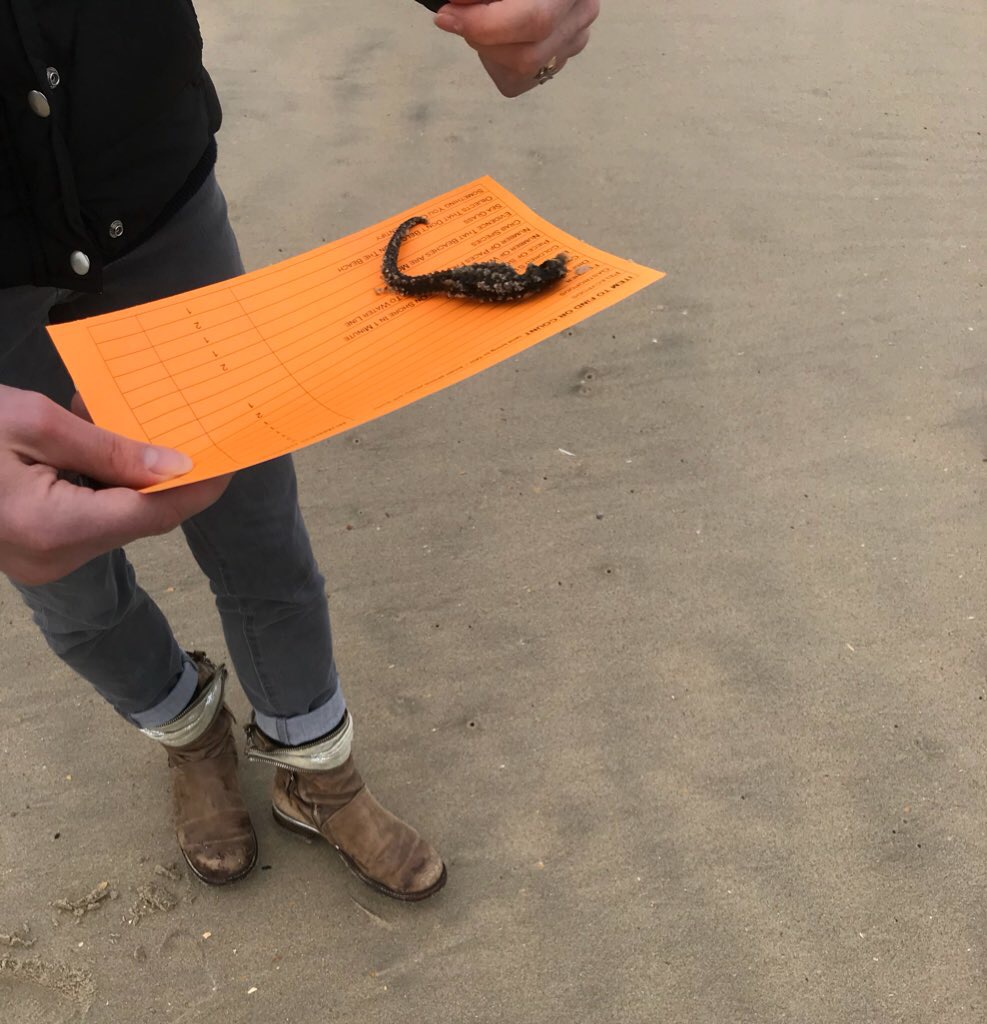 Closer inspection revealed that the tendril was, in fact, a tail belonging to a stranded seahorse. On instinct, I gingerly picked up the fish as one of my teammates — New Jersey Sea Grant’s Danica Bellini — quickly snapped a photo.

I tossed the creature back into the water, but the surf spit it out again. I tried once more, hoping for the best.

According to Hathaway, the species I found was a lined seahorse, or Hippocampus erectus. These larger, robust seahorses inhabit waters from Cape Cod southward, including around Bermuda, as well as in parts of the Gulf of Mexico and the Caribbean, and on down to Uruguay.

Their coloration varies from black or gray to more autumnal hues. While they’re often spied clinging to aquatic vegetation, both adults and juveniles are known to swim freely in the water.

“I wouldn’t say it’s common to find seahorses on the beach, but it’s not a rare occurrence either,” Hathaway says. “Around here, they’re found mostly in the sounds, occasionally in the ocean, and all over the Chesapeake Bay.” 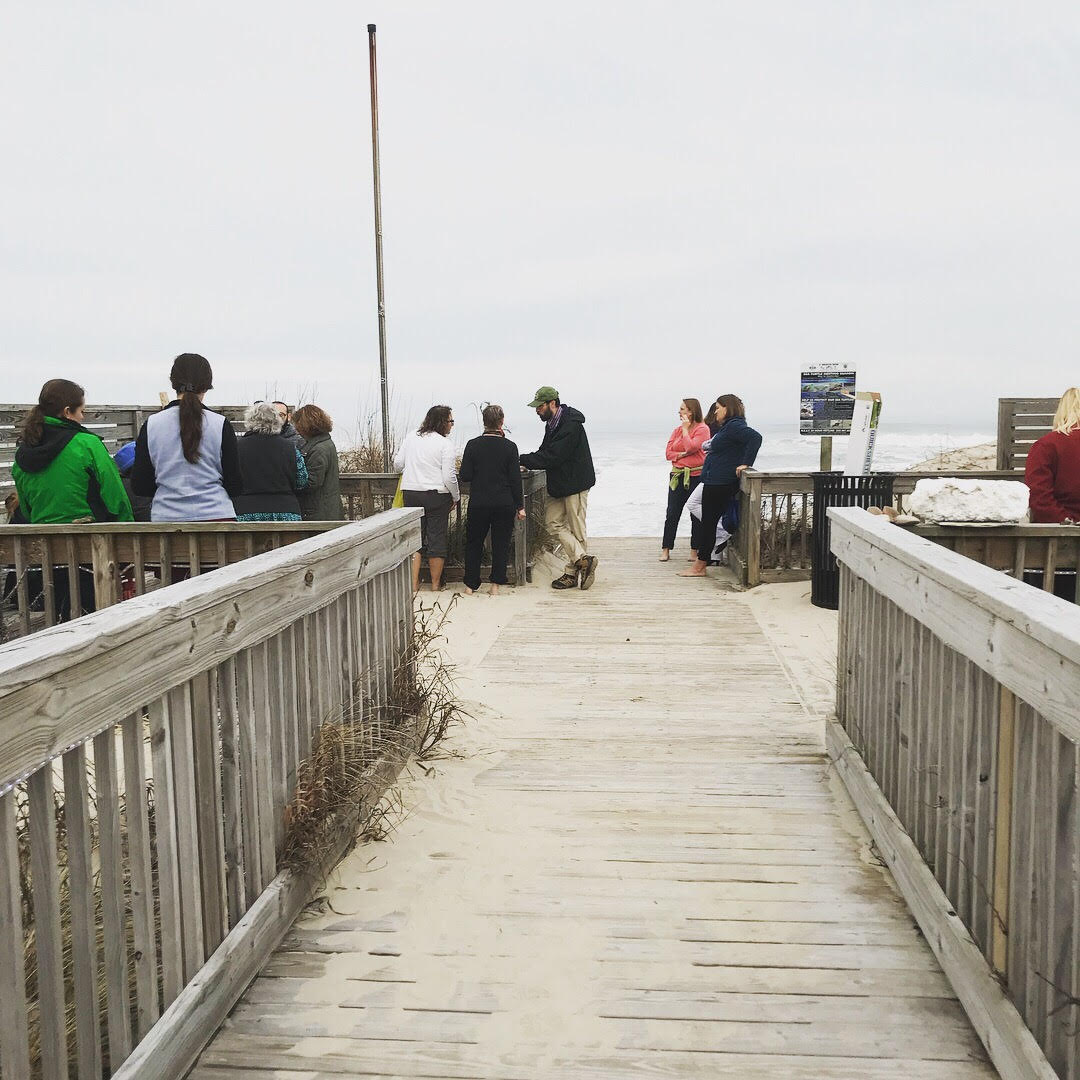 Beachcombers gather on a boardwalk in Corolla. Photo by Danica Bellini

Other beachcombing teams made their own memorable discoveries. “I was surprised at the number of fishes that were found while we were beachcombing! Lined seahorse, young northern sea robin, and the leptocephalus larva of some species of eel,” Hathaway notes.

In the end, our team fell short of first place — top beachcombing honors instead went to Rebecca Briggs, the National Sea Grant program officer for the Mid-Atlantic Region, and Maryland Sea Grant’s Jennifer Dindinger. but for me, the event rekindled an interest in this littoral pastime.

That’s a win in my book!

For more information: Terri’s tips for your next beach walk are available online. Go to: nccoastwatch.org and search for beachcombing. To learn more about seahorses, check out exhibits at the North Carolina Aquariums.